Hot Take: Battlefield is actually one of Mario's worst stages 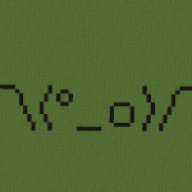 Not really interested in debating this topic since I know how controversial it is, but I think with the changes in ultimate, BF is actually one of, if not Mario's worst stage for the reasons I'll go into now:

1: The removal of dthrow > utilt, the general toning down of rage, directional airdodges, and the higher ceiling of BF mean ladder kills happen WAY less often. If a character's airspeed is high enough and they're DIing properly, it's extremely rare to get a ladder kill vs most of the cast on this stage. The higher their airspeed, the smaller their hurtbox, the better their airdodge, the tighter the magic percent window gets. I wouldn't be surprised if it didn't exist at all vs many characters.

And also just makes bair/usmash kill later, which leads to them being staler and less safe on shield.

3: It's WAY harder to get off the ledge.

Mario's best mix-up from ledge is ledge jump fireball, and ledge jump airdodge. But the platforms block both of these. These aren't super reliable options, but they are necessary mix-ups which are totally gone on battlefield and not replaced by anything.

4: Mario's own ledge traps are worse

Mario often dashes to the ledge, or even grabs it when attempting to cover ledge options (Dash Attack, Dash Shield, Dash Pivot Usmash, etc). FH/Ledge Jump fireball lets him still punish/pressure ledge roll after guessing wrong, and again the platforms block it. And overall makes it WAY harder for him to get back to neutral.

Not to mention the platforms make it easier and safer to recover high for many characters.

They can help too, but generally only add damage that can be added with most other platform stages.

One of the best changes for mario in ultimate is FLUDD. It really helps him force approaches, but the top platform gives enemies a consistent escape path when FLUDDed out of neutral. Yes, Mario can manually pressure the top platform, but with low range and hurtboxy aerials which many characters can hard punish. Also, having to deal with platform pressure after charging fludd, and timing it's release properly is just not optimal.

All this said, it's likely a good stage for lower level marios who aren't good with fludd/fireballs/spacing/ledgetrapping/patience to begin with, and select matchups when their other strikes were on point..so i wouldn't take it off the table totally for those. But in general, the rare ladder kill doesn't outweight the fact literally every gamestate of mario's is a little worse. (Neutral, advantage, disadvantage)

Yoshi's has similar issues, but the MUCH lower ceiling, higher platforms, and dipped/walled edges really offer something helpful in many matchups.
Last edited: Dec 2, 2019
You must log in or register to reply here.
Share: Facebook Twitter Reddit WhatsApp Email Link
Top Bottom