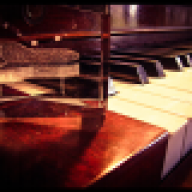 The matchup against Sonic has been one of the tougher ones for me...does anyone have any tips for fighting Sonic as the falcon? 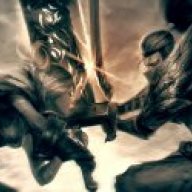 Well, we'll rarely CONVENTIONALLY gimp Sonic because of his incredible recovery and tendency to recover high. Immediately that says two things. Firstly, we'll often have to blast zone him. Second, we don't chase him off stage UNLESS we can kill him from there.

So, in general play good neutral, convert damage with BnBs, know your kill percents/ set-ups, and understand his recovery.

Talking about the opening COMBO GAME (since you don't really see anything else in these threads, I'll note some stuff here...) At 0%, fish for a grab.
-D-Throw-
- D-throw, SH nair, f-tilt -- 29% You don't need a lot of space for this combo, it's easy, and it puts Sonic at the right % for a kill set-up (i'll mention it later).
- D-throw, SS FF nair, instant dash attack, FH uair -- 40% If you have more space, this does more damage and puts Falcon at advantage directly under Sonic. You'll likely get another uair follow up here, but it's not a true combo.
- D-throw, SH FF nair x2, RAR SH bair... --40% The only reason you'd use this instead of the previous combo is to set up a regrab, tech chase, or jab lock > kill.

Regarding Sonic's RECOVERY, as "not a Sonic player", I feel he should recover high. But if he recovers low, simply stand at the ledge and tap A. When rapid jabs begin, hold the button down. When the jabs hit Sonic, release. This knocks him away without his jump. Then just fall on him with nair2 offstage to take the stock.

Dats all I got. 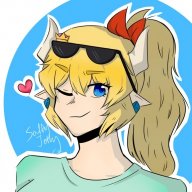 philipawalker said:
The matchup against Sonic has been one of the tougher ones for me...does anyone have any tips for fighting Sonic as the falcon?
Click to expand...
One thing that changed in this game is that Sonic can't spin dash through your shield. That change single-handedly made him a worse character. Try shielding his spindash and then punishing it with something quick like a jab or a tilt. Do it enough and it'll condition the player to stop doing dumb spindashes into shield.

Here's some stuff I've found...you can instantly punish Sonic's homing attack with a sh knee out of shield, and pull it off with extremely high consistency.