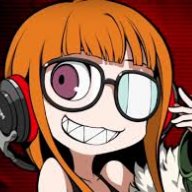 I haven't been taking smash seriously for my life, but as a now sophomore in high school and a member of my schools smash club I want to take the game seriously. I've been tinkering and fiddling with characters and I found my favorites to be joker and mario, I like their combo game and movement. I play somewhat well and am Decent, at the game, I have tournament results as I placed in winners semifinals at my schools 30 player tournament with joker and mario.

Enough backstory, I feel I have all these characters main punish and movement options down, but I'm struggling in neutral. When I am in neutral I don't do much other than short hop around and look for openings. I don't know if this is the right thing as I am getting punished for my playstyle in neutral and I want to find out how to patch those holes.

I need tips to help deal with neutral, Is this something that will come naturally to me with practice or am I just an Idiot? Please help and leave feedback here.
A

Well, to touch on your ending question, practice does make perfect. But there are definitely things you can be doing to improve yourself besides play 100000000000 games.

A competitive play starter package (these are not in a particular order):
- It's hard to critique your neutral game without seeing it. If you save some replays, upload them to YouTube, and link them here on SmashBoards, plenty of people (myself included) would be happy to critique specific decisions you're making. But you don't need other people to do that, necessarily. One of the first things to do to improve is to watch your own replays. Every decision feels right when you make it in a game, but when watching yourself after a game, you can see which options you apply correctly and which ones are getting you into trouble. It's very easy to see your own mistakes.

- Go to a local community tournament, like a weekly event or a monthly event. Realize you are at the bottom of the ladder. This may come across as rude, and I certainly don't mean to, but placing at a high school tournament vs a regular community tournament are two entirely different worlds, and if you want to get better, you should throw yourself into the toughest environment around. Going to tournaments is helpful for several reasons: it keeps your ego in check, and desensitizes you to losing, which helps you play better because you don't get salty as much. Playing really good local players will help you drop bad habits, because these players will exploit them and make them very apparent to you.

-Find a practice partner, or several, like another friend who feels the way you do about wanting to improve. Trying hard around friends who are just trying to have fun makes the game less enjoyable for them, and doesn't benefit you very much. This is not to say, "stop playing with your friends", but rather, "figure out who you play with and who you train with."

-If you don't already, subscribe to a few YouTube channels who release educational smash content. I recommend Leffen (he actually tries to TEACH you things about the game, and is probably the best for this purpose), Void (Sm4sh background, not as demonstrative as Leffen in his videos but still talks about the meta), Beefy Smash Doods / MySmashCorner / Gimr (all smash scientists, who showcase the game's underlying mechanics).

As to your questions about Mario neutral:
-I think short hopping is fine, but you probably want to keep your back to your opponent while you do it, so you can threaten the much faster back-air, rather than forward-air.
-Don't be afraid to walk or dash around on the ground, boxing with jabs, forward tilts, and down tilts. Focusing on spacing those last two moves at maximum range.
-Don't rely too heavily on jump -> Fireball -> aerial approach (usually neutral-air) as your opponent can adapt and parry -> anti-air you if you start to spam it.
-Up Smash is a very good tool to throw out at kill percents. Especially out of a spot dodge!
-Up Special is a good anti air, but only throw it out once or twice a match in neutral when you know they aren't thinking, to keep your opponent wary and discourage aerial approaches. They will maneuver to avoid it if you start to rely on it too much, since it is heavily punishable on whiff.