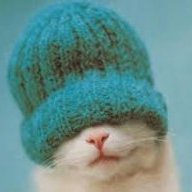 As an avid Shulk main in Sm4sh (ranked 1st in my very VERY small region). I've been wondering what everyone else thinks of him..... I'm struggling to adapt but I'm starting to come to the conclusion that it's probably not worth it. My main gripe is his frame data; Startup hasn't changed at all since Sm4sh (Only move I haven't tested is Backslash), this was his main problem for me as landing lag could be remedied with mallc. In ultimate though, it's made far more noticeable with the speed of the game, he just gets swarmed even worse since characters can approach qiucker, and since his jab is hot garbage now with the range nerf and that people can just drop out of the combo, he doesn't have any sort of get off me option outside of sticking on shield art and trying to mix up what I do. Bair no longer hits both sides, he kinda needed that but I can live without it. F-smash is more unreliable than it was before. Vision is weak as hell and no longer beats shields, making it one of the worst counters now apart from witch time.

The only postive changes I can find are landing lag is reduced, everyones has though so i don't see it being too relevant. Nair got the buffs and i'm really pleased with it (albiet the sweetspot has been changed. Fair has better range and no longer has the hitbox that sends people backwards. Backslash catches the ledge, granted you have to be high up making it very situational, you've also probably burned your double jump to get that high up so if you get hit out of it, you're most likely dead at that point.

Overall, I'm not to pleased on how he's been changed, anyone else feel like this or am I talking out my bum? 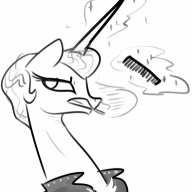 There are some things that are missed (like b-air's front hitbox) but in general I feel like he's much better.

I understand why you would say generalized landing lag changes would make them seem irrelevant, but you have to consider just how sluggish we were before them. Performing aerials boiled down to mediocre startup and harsh landing lag on most of them (unless you didn't have an art on and could sneak in MALLC). Now we have a little more room to dance our aerial range in pressure rather than in contest. I would've preferred better aerial contest, I agree, but it is something.

Jab doesn't fit the criteria for a good get off me option anymore (quick, decent range, low risk), which does suck since some of the other swordies got to keep jabs that were already much better than ours. Only things I can think of now are parry f-tilt and air slash (leaning more toward the former for safety). Quick switching arts out of shield is pretty great, especially if you want to go into Shield or a movement art.

All things considered I feel like he now can actually keep up in the high paced atmosphere of this game, but as you said his frame data still makes certain that fighting against faster characters is going to be the uphill battle we're all familiar with. I think there's still a lot of ground to explore though. 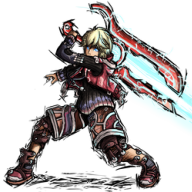 "Bn" said:
Bair no longer hits both sides, he kinda needed that but I can live without it
Click to expand...
I agree

Zatchiel said:
I think there's still a lot of ground to explore though
Click to expand...
1000% agree, the more i tinker with the arts and their changes, the more I'm enjoying it: Switching to Shield between hits to negate a kill confirm is amazingly useful. Amidst my old man groans I am enjoying Shulk, I probably just need to get used to him. He's still Not a "pick up and play" character, which is one of the things i like about him; if you lose to a Shulk, you got out played. 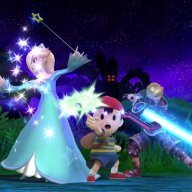 You really seem to underestimate just how buffed Shulk was in terms of ending lag and just how well this engine benefits him. Yes, startup wasn’t really changed (though his tilts now come out a couple frames earlier which is huge). However, his moveset has significantly decreased endlag across the board leading to him having huge ass aerials that are now completely safe on shield when spaced. Opponents actually have to respect moves like NAir and FAir instead of simply shielding them and going in for the punish like Smash 4. Not only that, but Shulk actually has approach options through running up into a tilt. Hell, even dash attack isn’t a completely unusable move anymore and is okay situationally. This leads to his neutral game being much, much better. He still has to play very defensively but the fact that the cooldown on some of his key moves is non-existent makes his neutral so much better than 4 because opponents actually have to respect his moves.

In terms of advantage state, Shulk is actually really scary. There is so much this character can do. Combos in Speed Art. Juggling with Up Tilt and Up Air, which, thanks to the air dodge changes along with larger hitboxes, is actually a usuable move now. Landing Up Air to Up Air for kills in Jump Art. Down throw to f-tilt in Buster art for an easy 30% TRUE COMBO until 60% or so. And then there’s Smash Art. Edgeguarding is a HUGE part of Ultimate because of the air dodge changes and Shulk is an absolute monster at this. Even the heaviest of fighters can’t survive a Smash FAir as early as the 80% range. Not only that but Smash also gives him two kill throws making his KO ability a lot more consistent. It’s not like Smash 4 where, sure he has these huge ass hitboxes and a good recovery, but you can just spam air dodge and avoid any edgeguard attempt he tries. Opponents are inherently at a severe disadvantage against him offstage. When Shulk has advantage, he truly is an oppressive threat when played right because of just how well this engine benefits him.

Not gonna lie, Shulk’s disadvantage state is still pretty ass on account of his slow startup and the jab nerfs don’t do much to help this. However, the fact that you can change arts in hitstun provide Shulk with his get off me tools. Shield is the big one here. The fact that Shulk can simply decide not to die to guaranteed kill confirms and get out of guarenteed combos for free, with literally no risk mind you, is absolutely stupid. However, as an offset, you can only use this once every twenty seconds or so, balancing it, so, while that makes it not broken, the fact that you CAN do it period is still huge. Then, there’s Jump and Smash. Jump is pretty effective against characters who like to juggle. It’s a little risky because, if you screw up, you’re gonna be taking more damage, but it’s easy enough to quickly switch on the art and leap to safety considering just how fast Shulk is. Smash is easily the riskiest of your options because, if your opponent reads it, you’re screwed. However, it still deserves mention because the increased knockback you take from Smash is enough to make some true combos not true, allowing you an escape. However, remember that all of this is kind of a gimmick and poor startup still does make Shulk’s advantage bad, which is something Shulk players are going to have to work with.

However, in summary, there is no doubt in my mind that Shulk has been significantly buffed in Ultimate. Yes, he lost a lot of his Smash 4 strategies as a result of the changes, but the significant decrease to his endlag plus how much this engine benefits him more than makes up for it and makes him a much better character. A perfect example of this is Vanilla Shulk. Vanilla Shulk, in my opinion, was one of the absolute worst characters in Smash 4. Arts were just such a busted move that they allowed Shulk to be mid-tier anyways. Now, in Ultimate, Vanilla Shulk is not only much better, but using Shulk with no arts is actually a viable strategy now. This just shows how much the character has improved. The way I see it, if you are a Smash 4 Shulk player and you want to play him in Ultimate, you need to throw out absolutely everything you know about the character and start over. He way he plays, the options and strategies he has, and the way Arts are used are completely different now and the only way to learn how to play this new Shulk is to forget everything and start from scratch. This isn’t Smash 4 anymore and trying to incorporate Smash 4 strategies into Ultimate simply isn’t the best way to go about things

_Jack_ said:
The way I see it, if you are a Smash 4 Shulk player and you want to play him in Ultimate, you need to throw out absolutely everything you know about the character and start over. He way he plays, the options and strategies he has, and the way Arts are used are completely different now and the only way to learn how to play this new Shulk is to forget everything and start from scratch. This isn’t Smash 4 anymore and trying to incorporate Smash 4 strategies into Ultimate simply isn’t the best way to go about things
Click to expand...
This is probably the best advice anyone transitioning could take. It's not gonna be an easy ride, the spacing is different (actually aiming for the enemy instead of wiffing to bait out an option) and something that's taking time to get used to. 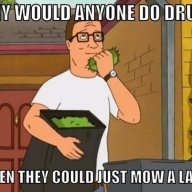 Think all the reduced landing lag combined with speed monado actually makes Shulk a force to be reckoned with. Speed meant so little when all his aerials had so much landing lag in Sm4sh. The possibilities of mix-up potential and lower chance of punishment makes the transition from sm4sh to ultimate benefit him more than others.

He still is a little one-sided as a character.
On another note, can you still perform Monado Arts Lag Canceling in ultimate?

LightningHelix said:
On another note, can you still perform Monado Arts Lag Canceling in ultimate?
Click to expand...
You can indeed. I'm actually finding it easier than in sm4sh. Only if you art select the classic way though, the dial locks you into a pose but grants the ability to time the invincibility really easily for a good buster/smash punish. Both ways are very useful. Can't B-reverse or wavebounce the activation though but movement in this game is slick anyway so it's a small loss for a larger gain.
You must log in or register to reply here.
Share: Facebook Twitter Reddit WhatsApp Email Link
Top Bottom