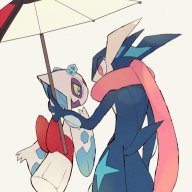 For the sake of this discussion we should talk about the stages on the Genesis 6 ruleset: My Personal Rankings on how Greninja performs on these stages individually: 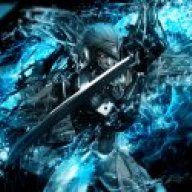 Chainz. said:
My Personal Rankings on how Greninja performs on these stages individually:

My ranking is similar though I’d bump PS1/2 up to high, and Yoshi’s and SV up to mid.

Generally Greninja isn’t too stage dependent due to his mobility allowing him to adapt to any layout. He has a wide range of combos, some of which utilise platforms and some of which do not.

FD, Kalos and TC all allow Greninja access to his most devastating combos. The platforms are at good heights for him on the latter two and the wall on Kalos is great for recovery. Battlefield and Yoshi’s Story can feel a little cramped, but Usmash working on the platforms is a gamechanger for triplat and Greninja gets access to staircase combos with his Uair. I’d put PS2 in high as well since it’s pretty similar to FD just with a couple platforms to consider, which are at decent heights.

His mid tier stages are interesting. SV and Unova’s platform layouts aren’t as good since they are high enough to mess with Greninja’s Usmash, but overall I don’t think they get in the way too much to the point where I’d class either stage bad. Yoshi’s has a slope which can **** shurikens over but Greninja also gets access to a wall and great Hydro Pump cancel stuff on this stage. I strongly believe Lylat was Greninja’s worst stage in S4 since the tilting screwed up shurikens and Usmash didn’t work on the platforms, but neither of those are a factor now with hazards off and Usmash working better. Hydro Pump cancel stuff is again cool, I could see this stage being about as good as PS2 overall.

I feel like Greninja’s only bad stage is Castle Seige. The massive slope is too steep for Hydro Pump cancels to really be useful, the platforms mess stuff up and the layout just doesn’t suit Greninja well. One to avoid, especially against heavies.
Last edited: Jan 10, 2019
R

I like that almost all of the counterpicks have walls, allowing his frankly amazing wall-cling to get some use 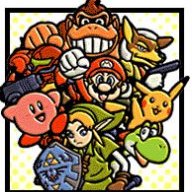 Thanks for making this thread! I'll comment and rank the 7 legal stages that we use in SoCal. They are not in any particular order.

It has been mentioned but generally more space is preferred for Greninja. His amazing mobility makes him adaptable to any stage but the platforms can affect his Usmash. You've all done good analysis on the stages but I will say that "home field advantage" is super great on the Pokemon Stages (kidding of course). 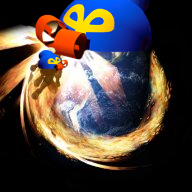 All I gotta say is, Castle Siege is the DEVIL for Greninja. Literally a living hell for him. That POS ramp in the center absolutely kills his ability to use shuriken, shadow sneak, and pretty much any of his dash attack combos. Also, the platforms are too high for him to land any up smashes and make it somewhat difficult to use his airgame by the ledge. In short, its a swordie's wet dream for countering a Greninja player. If you play Greninja in tournament where this abomination is legal, be sure to ban your opponent from picking it!
You must log in or register to reply here.
Share:
Facebook Twitter Reddit WhatsApp Email Link
Top Bottom