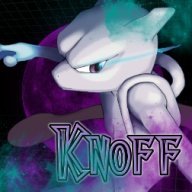 Top players usually wind up having more than one character under their belt. Just wondering what are some good characters to practice in friendlies that compliment Mewtwo's bad MUs like Tink, Falcon, and ZSS.

I've got a pocket Falco and Ganon right now that wouldn't take much time to bring up to speed. Half the cast is easy as hell to play, I'm just hoping that I don't have to play a second overly technical character to compliment my MUs.

Picking up a secondary is also for breaking down the boredom of practicing one character all the time. 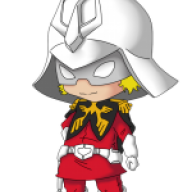 I keep hearing it. We only have one Tink in the region and he's the top player. Only thing is he usually brings out Fox.

Falco seems like he covers the bad MU spread well enough. Can anyone else confirm? 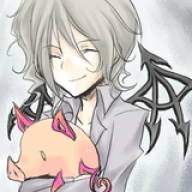 redcometchar said:
Toon link is a bad mu?
Click to expand...
Currently Tink is M2's worst mu. Fast character with great projectiles? Tink can run circles around him without ever having to approach and M2 having no option to force Tink to approach. That said its only a -2 for M2 and is doable with smart usage of Telepot and Confusion and I could see it eventually becoming -1 instead and Falcon becoming his worst mu instead.

mimgrim said:
Currently Tink is M2's worst mu. Fast character with great projectiles? Tink can run circles around him without ever having to approach and M2 having no option to force Tink to approach. That said its only a -2 for M2 and is doable with smart usage of Telepot and Confusion and I could see it eventually becoming -1 instead and Falcon becoming his worst mu instead.
Click to expand...
I know this really isnt the point of the thread but im gonna respond anyway and say that i disagree.

Teleport is probobly the best answer to projectiles in the game. And m2 out punishes toon link. Also your definetly exagerating toon link's movement capabilities. On top of that we do have a decent reflector a good wd and a projectile of our own.

But whatever. Falco does pretty good against toon link to so i guess falco is still a good secondary. 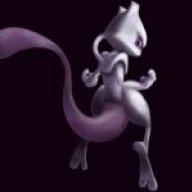 IMO Fox and Falco cover M2's bad match ups quite well. Mewtwo's best punishes are on fast fallers, so I sometimes switch to a sub for floatie match ups. I haven't had much experience against other players, but one of the best people in my area mains Zelda. While the matchup is technically in M2'S favor, my Fox bodies his Zelda so I just switch to him.

I've found Wolf and Falcon to be particularly pesky, and my answer to them is typically Fox. Ike and Roy seem a bit iffy at best, given that their disjoint beats out Mewtwo's and many of their attacks are comparatively strong.

ZSS isn't that bad, given how easy she is to edge guard. Mewtwo has one of the best offstage games of any character. It seems kind of Ivy/Sheik-esque in that you take ledge to force a bad recovery (getup for ZSS and Ivy and lots of lag for Sheik)

Falco can shut down TL's momentum with lasers, but their recoveries both suck. If you do try this matchup, stage control will be of even more importance than it usually is, because if you lose control as Falco and get sent offstage, you're screwed (case in point being TL's THREE different projectiles that can gimp Falco at 0, not to mention his normals.)
You must log in or register to reply here.
Share: Facebook Twitter Reddit WhatsApp Email Link
Top Bottom