Through my playing, I've found that Falco struggles with characters that can edge guard him or characters the he can't get in on, such as the swordies. Small characters that are hard to combo also pose a problem. With that being said, what characters would help cover-up this weakness? 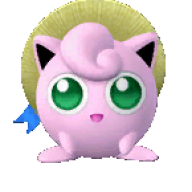 Post an example video(s) of a matchup where he struggles as you describe.
T

Nohbl said:
Post an example video(s) of a matchup where he struggles as you describe.
Click to expand...

Here are some of my own matches that I had online:

10 seconds in and I already have advice: use the Reflector as an attack; it's your farthest hitbox. Also consider using Laser more than you do in order to pressure the opponent in to approaching you. Then punish with said Reflector. But really, use the Reflector any chance you get. It's like double the reach of f-tilt (I'm exaggeratedly guessing). You can't be afraid to spam it.

Anyway, watching those first two matches, it seems to me like you just don't like using Special moves. It also seems like you're scared of close quarters combat. If that's the case, then my recommendation is for you to fight fire with fire and pick Ike for swordie matchups. He recovers similarly enough, has farther reach in his attacks, and can be used effectively without using any of his special moves outside of recovering.

Here's an Ike vs Marth matchup to demonstrate his effectiveness.

Nohbl said:
Then punish with said Reflector. But really, use the Reflector any chance you get. It's like double the reach of f-tilt (I'm exaggeratedly guessing). You can't be afraid to spam it.
Click to expand...

My issue is that reflector can be jumped over pretty easily and if they do so, you will get punished as it has notable end lag. Is it the kind of move that you only use at max range? If they are close enough, they can still hit you even if you hit them.

I think I try to keep my distance because I'm trying to find an opening. Lately, I sometimes feel I'm too aggressive with my approaches.

tokenturtle said:
My issue is that reflector can be jumped over pretty easily
Click to expand...

Not from a short hop, and not when they're trying to dash in to attack or grab, will this matter.

tokenturtle said:
if they do so, you will get punished as it has notable end lag
Click to expand...

It's really not that bad, no worse than Phantasm endlag.

tokenturtle said:
Is it the kind of move that you only use at max range? If they are close enough, they can still hit you even if you hit them.
Click to expand...

Really dude, you should give it a spin against CPU opponents to test this out. Dedicate some matches to relying heavily on Reflector as an attacking move.
Yes, you should be trying to hit with as far of it as you can, but even then you might still have leeway to throw it out when the proximity is greater depending on the character you're facing's capabilities at those ranges.
The goals with using the Reflector are many. One is to have the largest hitbox you can get out to fight fire with fire---your limbs can't compete with swords, and nothing else in his arsenal can. Another is that the Reflector has stopping power. It makes your opponent think twice about what to do next after they get hit. A third is to slow them down and frustrate them, causing them to throw out moves of desperation which you can read and punish accordingly. Bait out a dash attack after hitting them with it couple of times, and shield grab them, perhaps. You can even use the Reflector when trying to recover to the stage when the opponent is camping the ledge.
You need to start practicing its use to get comfortable enough to discern its practical usage. I am describing it very accurately, but it's easy to disregard its effectiveness in theory if you've hardly seen or experienced it in practice, what with its apparent weakness and unpopularity as an option.


tokenturtle said:
I think I try to keep my distance because I'm trying to find an opening.
Click to expand...

That's not the best mentality to operate under, because you aren't playing a character like Fox that can capitalize on mistakes at that range. As Falco, you have to create your openings. But you absolutely cannot do this without taking advantage of his special moves.

tokenturtle said:
Lately, I sometimes feel I'm too aggressive with my approaches.
Click to expand...

I don't think aggressiveness has to do with it. You might just be trying to play Falco with a style that assumes he's some other character. I've seen this happen with other Falco players like Osiris197, with whom you very much share a style.


That's all I really can say for now between this and your other thread until you've tried what we've recommended and figured out how it works. 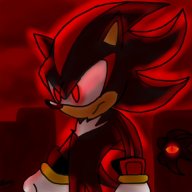 Personally, I find any swordie to be a good combination with Falco. Any time he struggles with getting in on someone the sword character is usually good in the counterpick. 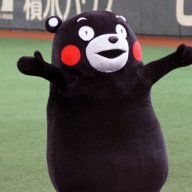 I generally recommend anyone that can deal with Pikachu and Pichu. Some general characters I can recommend are Marcina, Snake, Olimar. Others I recommend, albeit with more polarizing MUs are G&W and Ness.

Personally my pick is Marcina since aside from the rats, they can deal with the more annoying Falco MUs like Yoshi, G&W, etc. 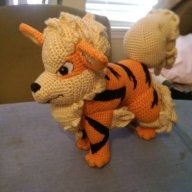 I disagree with using reflector as an attack this time around. The base knockback and hitstun are so low now that you can often get punished on hit, especially by characters with higher weight. 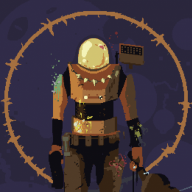 Inkling. She's easy to pick up while also having a great combo game like Falco. She's fast and has b-air for dealing with sword characters, and she has a difficult to edge guard recovery.

Fox and Wolf tend to waste most sword characters because of their superior frame data and insane combo games. They dont have as hard of a time with shorties, but recovery is still an issue(much less so for Wolf though)

Lucina is a sword character herself and probably the best one in the game. She also has decent matchups against bad Falco MUS like the Pikas. 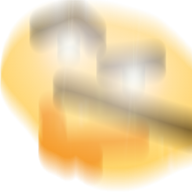 Ness can deal with the rats, has incredible emotional conditioning potential and is very easy to play

Snake is very strong, good for counter picking, deals with top tiers and bad matchups, however switching between him and Falco is incredibly daunting and hard.

Wolf is incredibly strong, has mostly positive matchups and is very easy to play 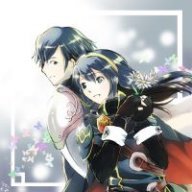 With Falco's matchup chart you would need disjoints to counteract his blatant weaknesses with a character with a less linear recovery. I think a good complement to invest in "based on your straightforward playstyle is Ike or Lucina.

While Ike shares the recovery troubles of Falco with superior spacing he still will outrange and bait and punish characters that have their own disjoints or cookie cutter approaches.

Lucina is just a simple melee zoner with a near impervious recovery. She has better speed and aerial drift than Falco/Ike to deal with the likes of G&W, Pikachu or Palu some of Falco's worst matchups are her strength.