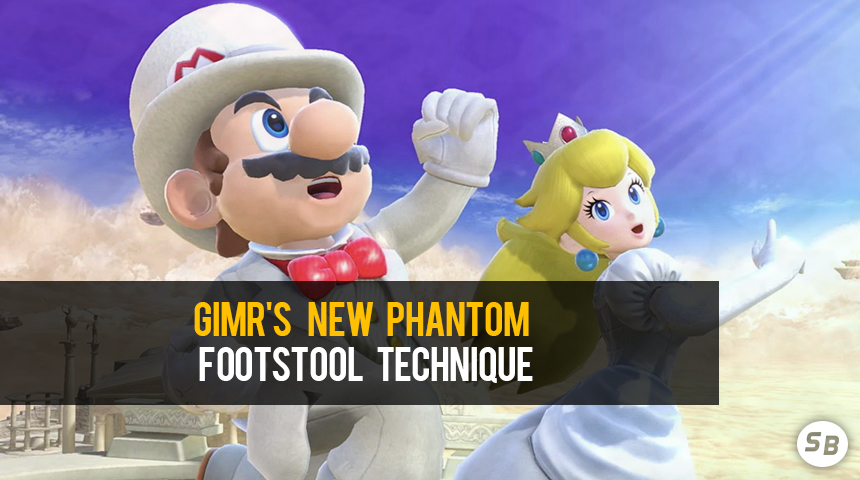 On December 10th, 2019, Calvin “GimR” Lofton tweeted that he found something in Super Smash Bros. Ultimate that could potentially damage the metagame. Fast forward eight days and he released a video covering the technique.

So, what’s the technique about? Basically, it’s about using up a character’s jumps so you can abuse the jump button in the air to buffer footstools for seven frames each time you press it. If spaced correctly while the opponent is performing a move this will trigger a phantom footstool. This gives the footstooling character 4 invincibility frames and a burst of upwards momentum, allowing them to avoid being damaged. In short, it makes the disadvantage state a lot less scary for many characters by introducing a new option to avoid attacks while landing.

Of course though, this technique has weaknesses. For starters, you must up all of your jumps to use this. Secondly, some characters can’t footstool off of attacks other characters can. There are also some attacks that no character can footstool because you aren’t actually footstooling off of attacks, you’re footstooling off of character hurtboxes. This means that moves with large disjoint and projectiles are both off the table.

If you want to learn more about this technique please watch the video below:


Author's Note: Personally, I think this technique is going to change how we approach a lot of match-ups. But what do you think? Please let us know in the comments below!

I'm really worried about the long term damage this could cause, as it opems the door to an increase in stall based play.

I wonder if the Ninty Patch team might take a look at it much like when they did adter Gimz found that ICs exploit.
Well for the most part, I don’t think that it will completely obliterate the competitive scene, but I will agree that this will harm it by increasing circle camping. Now that the technique was seen by a decent amount of people, it’ll be a lot more difficult to punish an opponent who is in the air when they utilize this trick, especially in top level play. If they’re really good at mashing the x/y button, or buffering it with tap jump, then it would be extremely difficult to approach them. I wouldn’t be surprised if this trick was tweaked/fixed in the next few patches.

Then again burning all of your jumps can be a bad move since characters like Mario can use FLUDD to push you offstage onto an edge guard situation. Some moves when using the Phantom Footstool require you to space the footstool perfectly, so not every move can easily be avoided. I can already see that people are going to abuse this trick in quick play, so I’d be prepared to figure out ways to counter it if I were you.
I'm guessing this'll be patched out.
Knowing Nintendo it will take awhile for them to acknowledge this tech. I do really hope this is fixed because it looks like it will encourage more campy play styles.
just getup attack
This will either destroy the metagame or be inconsequential. No in-between.
I think this technique will have something of an impact, but I doubt it's going to be a major game-changer for two reasons: