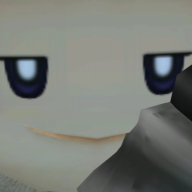 Hi there, my name is [REDACTED], and I have something to share with you. But, before I continue, please take the following info with a grain of salt. So, here we go: Geno, from Super Mario RPG: Legend of the Seven Stars, will be POST-PASS DLC. If you bought the Fighter's Pass before Joker was released, you will receive Geno from SMRPG as a playable fighter on your roster.

Info:
Fighter: Geno
Archetype: Light, fast projectile oriented fighter, has a decent rushdown and has amazing zoning.
Gimmick: Timed hits. Letting go at a cretain time or pressing the button again will make the attack stronger. Also adds a rainbow star effect upon hitting a successful timed hit, flashes red if too late, and plays a high pitched noise if unsuccessful.
Franchise Symbol: A star with eyes, like the red ones he uses for charging

Stage: Forest Maze (obviously, but it is just a massive stump. I asked my source if she knew anything, and she said stage hazards will be kept a surprise. ̄\_(ツ)_/̄ just pretend that it's frowning please.)

How he got in: Nintendo had looked over the old Japanese Brawl polls and saw that they had only one character left: Geno. As they reached out to Square, they asked the rights to the smrpg cast for the low, low price of 32 Million dollars. Square agreed (since they weren't doing anything with them) and development started with him around the same time as Hero (hence them both being Square reps).

Other Single Player content:
Target Test and Board the platforms. I'll give you a moment to be impressed.
What? It's the ULTIMATE Smash Bros. That's all the Info I have, so any questions will be left in the comments I hope. Thanks for reading, this is my first post, so... Yeah. Take it with a grain of salt please, this info could all be right, all be wrong, not my problem. 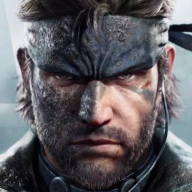 We don't allow leak threads. If you have legit information contact one of the staff so we can review it.