General Tips for my Peach? 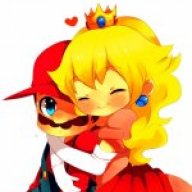 I used to be a full fledged Peach main, but I recently dropped her to go to Lucina in order to get better fundamentals in order to not rely on Peach's combo game and float drifting fair to take stocks. Looking to co-main the both of them but my issue is even though I understand the game a lotbetter I'm struggling with Peach's neutral and disadvantage state. Since this is a lot of a character I figured might as well ask my fellow Peach mains a couple questions.

First off, I tend to be a defensive baity player who uses Extended Dash Dancing and QFR to try and bait a reaction.So this gives me the weakness of approaching. I find myself being a scrub who just rushes in since I know Peach's combo game really well and since I don't make proper usage of turnips giving me insight on how you guys value or don't value them helps.

How do you guys get past characters who have large disjoints like Marcina and Cloud?

I typically go Lucina in the Marcina MU simply because I have a difficult time getting in. My general strategy is to punish improper spacing with an aerial OoS to convert to either a combo or kill depending on percent. But facing enough good sword walls makes me a bit frustrated.

What are my options against the heavy and half grapplers? (DK/Bowser and Mario/Luigi)

I also go Lucina because I have a better time spacing on shield with her vs these characters. Aside from float dair (which usually gets me upsmashed), float tomahawk grab, and maybe cross up bair. I'm kinda at a loss. I've tried spacing nair to little success since it gets me grabbed since all of these characters (aside from maybe luigi due to his drift) are easily able to run grab afterwards.

Aside from that any approaching options or mix ups you guys can let me in on, like what are your aggressive go tos, or what do you look for when approaching? I understand that the character shouldn't ever have a flow chart. But getting some ideas will help me add to my complexity in terms of playing her.

My disadvantage state just straight up sucks, I'll admit that. I have a habit of jumping to get out of tumble animation.

So what do you guys do to get out of the tumble animation?

Jumping isn't the greatest and neither is air dodge. I get that being launched causes this to be a mix up option, but I'm curious to see what other Peach mains do. I've seen a lot of landing dairs, does that help beat out some aggression?

What are your ledge options?

Aside from the basic ones of Rolling, Normal, Attack, and jump Get up options what do you guys use and why? I mix it up between the 4 with the occasional jump fair to punish a bad roll read. Is there any others I should keep in mind?

I basically need to get back in the mindset of a Peach main because it's been so long since I've actually considered these.

Thanks for taking the time to read and if possible respond!
Last edited: Feb 21, 2018 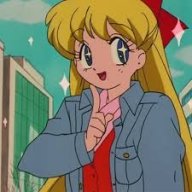 For me, when I end up on a losing streak with Peach it is because I end playing too offensively and realize that I am not utlizing turnips to their full potential. Turnips are a POWERFUL tool for Peach, as the can open many possibilites, usually grabs, float nairs (which ofc leads to bigger and greater combos). I do not think it is a bad idea for Peach to play defensively in smash ultimate in my opinion, it just now that when she capitalizes on a punish, she has a great chance to do bigger and better combos than previous reiterations.

Sword characters in my opinion are a big challenge for Peach. I usually do close to the ground floats and space them out with bairs, as they are ridiculously fast, have a decent hitbox, and can open up to bigger and better combos. Same thing for grapplers and heavyweights. However, be mindful of her greatest tools; her turnips.

Turnips are a vital tool for Peach and whenver I find myself losing, it is because I am not using her projectiles!

For getting out of disadvantage state I usually float (if I still have it), or I try recovering low, if I'm below the stage, or I usually nair out of force of habit. It usually doesn't get me punished, but there are some flaws in that. You can also try telegraphing an opponents attack and countering it with Toad, however it is not a reliable counter and a VERY high risk factor.

For ledge options, I always mix it up, as any Smash player should, just to keep the opponent guessing. It's all in the basics of playing mind games. If I still do have my float, I would jump up and quickly float back to bait out any attacks, and punish accordingly.

I'm not the best Peach main, and I'm not even sure if I answered your questions LOL but I hope I helped!!!