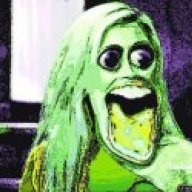 Before I talk about the new list due to stages, Fox is 2nd best with Hyrule being the only neutral stage. In my opinion, with Hyrule only, Fox is barely worse than Pikachu (as in both in S and then the next ones below).

Reasoning: Characters may have 2 specific weaknesses, always towards S and possibly towards each other, possible stage weakness, matchup ratios are above average as in the majority is 60-40 or possibly better, more good than bad matchups

B/Middle -> Yoshi ; Puff; Donkey Kong; Ness
Reasoning: Characters have a bad matchup to 3 or more character (As in S, someone in A and someone or more than 1 person in B, possibly has a good matchup vs someone in the higher tiers, possible stage weaknesses, less or even good than bad matchups

C/Low->Luigi ; Link; Samus
Reasoning: Characters have a bad matchup to the majority if not all the characters, 0 good matchups vs high, possible good matchup vs B, less good than bad matchups

In other words, the "Low Tier" for Low Tier Tournaments would become a Mid Tier tournament with B and lower.

My other change is related to Ness is in comparison to Luigi. I find that Ness doesn't have the bad weaknesses that warrants a bottom/low tier position. I also believe that Link might possibly be better than Samus

I think DK should be above Puff maybe

Also not sure about Mario > Falcon, it's definitely close and I think Mario is underrated as a character. He's quite good on Dreamland especially


I think a Hyrule/Dreamland tier list would make sense, but then we would also have to do one for Congo, and I don't think people would be comfortable doing that ... so a general tier list makes sense based on the new system.

imo ... I grouped the characters based on where I see a significant drop off

Can anybody justify to me why Mario is better than Falcon? That seems so wrong to me.

Please take this discussion to the Tier List Discussion thread, to be created in about a minute.

Apologies, but you may have to copy-paste your posts.

Sorta sad that some of the threads in the character subsection have disappeared from the default timeframe view.