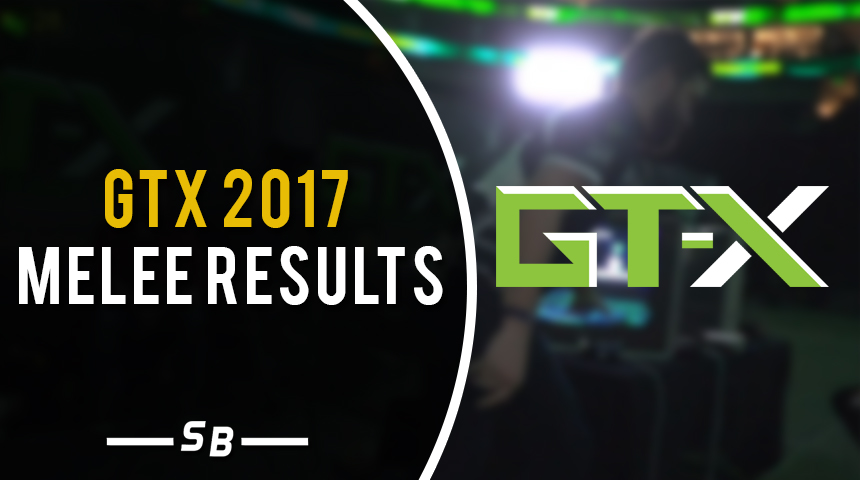 For its first year, GameTyrant Expo had one of the toughest brackets ever seen. With a highly contested Top 48, players for Super Smash Bros. Melee had to claw their way towards even qualifying for Top 8. Here, we look at those who made these coveted slots, and the journeys they took to get there.

Coming out on top was Team Liquid’s Juan “Hungrybox” Debeidma. His run through Winner’s bracket included victories over players Swedish Delight and S2J. In Winner’s Semis, he faced Mew2King, who has gone back and forth with Hungrybox throughout 2017. There, he was sent to Loser’s bracket. From there, he made an incredible run through some of the best Fox players in the world. Plup, SFAT, revenge against Mew2King, and a nail biting Game 10 Grand Finals against Armada. Through one of his toughest Top 8 brackets, Hungrybox earned the title of GameTyrant Expo’s first Melee Champion.

Coming in second was Alliance’s Adam “Armada” Lindgren. His run through Winner’s included victories over players Reno, HugS, Wizzrobe, Shroomed, and a very close set against Mew2King in Winner’s Finals. His final challenge came down to another adrenaline pumping Game 10 Grand Finals against Hungrybox. Though he came out behind, Armada was very close to securing himself victory. If there is a GTX 2018, there is no doubt that he will return to claim that crown.

Coming in third was Most Valuable Gaming and Echo Fox’s Jason “Mew2King” Zimmerman. His run through Winner’s included victories over players Android, Lucky, SFAT, and Hungrybox. In Winner’s Finals, he faced off against Armada. After a close set, he was sent to Loser’s Finals, where his run was ended by Hungrybox in the rematch. Mew2King was the closest player to achieve victory outside of the top 2, and his recent focus on Melee might just see him return victorious next year.

Coming in fourth was Counter Logic Gaming’s Zac “SFAT” Cordoni. His run through Winner’s saw victories over players Amsah and Syrox before being sent to Loser’s by Mew2King. There, he made a run through players Westballz, S2J, and Shroomed. His journey was put to a stop when he met Hungrybox in Loser’s Semis. Trying to uphold his word, SFAT continues to push for his placing in Top 3, and he continually grows closer to that goal.

Coming in fifth was Immortals’ DaJuan “Shroomed” McDaniel. His run through Winner’s included victories over players Mike Haze, aMSa, and Druggedfox. In Winner’s Quarters, he faced Armada. With their close game at Smash ‘N Splash 3, this was a highly anticipated matchup. Yet, Shroomed fell to Armada, and met SFAT in Loser’s Quarters, where he was defeated. With each successive major, Shroomed is pushing upwards. Next time may see him place higher, as he continues to improve.

Coming in fifth was Panda Global’s Justin “Plup” McGrath. His run through Winner’s was cut short in Winner’s Finals of his pool by aMSa. From there, he made an incredible run through Loser’s Bracket. His victories included MegaChristmas, Mike Haze, Syrox, Leffen, Wizzrobe, and Druggedfox. His run was stopped when he met Hungrybox in Loser’s Quarters. Plup showed his tenacity at GTX, and just why his ranking is well deserved.

Coming in seventh was Tempo Storm’s Johnny “S2J” Kim. His run through Winner’s included victories over players Professor Pro and Axe, before being sent to Loser’s by Hungrybox. There, he eliminated aMSa to make Top 8. After a very close set against SFAT, his tournament journey came to a stop. With new vigor, S2J has begun to climb up the ranks again. Only time will tell if he can keep that momentum in his favor.

Coming in seventh was Balance Gaming’s Sami “Druggedfox” Muhanna. His run through Winner’s included victories over players Crush and lovage, before being sent to Loser’s by Shroomed. From there, he defeated Axe to qualify for Top 8, where his run was ended by Plup. Druggedfox continues to show growth at the highest level, and this will likely not be the last time he qualifies for a Top 8 spot.

With some big upsets and an incredible Top 8, GameTyrant Expo 2017 had some of the most exciting Melee seen in a long time. With such hype, both spectators and competitors alike are now asking “Will GTX return?” Only time may tell.