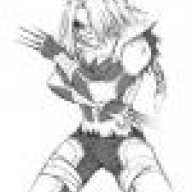 I'll tell you what we found. As you know it happens when nana is hit by an electric attack and then you squall with popo (like at the same time) there maybe more but we were using Falco and that's not the cool stuff.

As I'm also sure you are aware Nana is bounded by Popo's movement and so everytime Nana is doing something you can freely move her AND popo by walking with popo. If Popo is busy they won't move. This is also pretty common knowledge(at least I knew it before we screwed around with it).

Time for cool stuff. Nana's airborne and grounded states are not necessarily linked with Popo's. We were on several occaisions able to get Nana to be grounded while Popo was aribrone and vice versa. We had situation where I would desynch, have nana do blizzard and pop run forward, then jump and uair with popo and after nana finished the blizzard I could make her Usmash or Fsmash in mid air. There were also times where we got Popo on the ledge, and Nana was standing stuck inside Popo offstage able to do grounded attacks like smashes. A few times I even managed to get Nana on the ledge (or in the animation) while BOTH of us are standing on top of the ledge above it.

Time for the coolest stuff. As you know sometimes Nana will go into an airborne state, and she will try to recover even while you are grounded (forcing this can be pretty hard actually) however its easier to do near the ledge. Regardless once she tries to up-B she will stay in helpless and everytime she gets knocked out she will continue to up B again and stay in helpless. This isn't the cool stuff tho the cool stuff is next.

You guys I'm sure have heard about Fusion creating wormholes that teleport people, and we discovered how to trigger it. If Nana is in the permanent helpless state, footstooling her forces you to teleport to a place usually below them (like offstage or near a ledge). However there is usually only 2 possible exits of the worm hole, one always seemed to remain constant while the other moved with respect to the IC's. So one was like directly below them and then sometimes it would port them to the other side under the ledge (I wondered if its under the place where nana first went helpless).

But wait there's more. The game acts as if the worm hole exits are places WHERE NANA PHYSICALLY is. What I mean by this is you can actually CONTINUE to footstool the worm hole exits and nana will go into tumble animation each time she from the other side of the stage. More so we discovered that you only teleport when nana actually enters tumble state. So if you footstool her and teleport, then jump again and footstool the worm hole, since nana is still in tumble she can't go into tumble again for a few seconds, you won't teleport, then when you footstool again (after she isn't in tumble) she will re enter tumble and you will teleport again.

We were actually having people teleport under the stage (below us) then they would jump toward a ledge and I would follow them from above providing constant footstools for them to recover back to the stage. If we weren't fast enough, nana would leave tumble and they would port back to the middle (because they footstooled her and she went into tumble) with only a few footstools left (since there is a max number of possible footstools before touching the ground).

Also once we had the Falco try and footstool the real Nana and we tried to footstool him, and the result was be BOTH teleported below the stage and died. We couldn't really draw any conclusions to this. But I think alot of my other theories are correct.

Also one more semi interesting thing unrelated. If you grab them with a fused IC's pass them off to Nana, dthrow with Nana and instantly blizzard, nana will freeze in a weird animation that can be canceled with knockback. This sometimes results in her going into helpless. 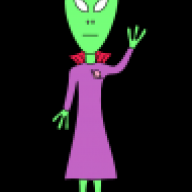 A few interesting fusion tests. Not to get down on you, but I think a lot of this was known. I've done a lot of testing and have written a large post a while ago (but I can't find it now). I've written my theory on the physical and spiritual bodies of Nana (it sounds weird but it makes a lot of sense) and it can explain parts of the teleportation. I wish I could find the post for you, but I can't.

Smoom77 said:
A few interesting fusion tests. Not to get down on you, but I think a lot of this was known. I've done a lot of testing and have written a large post a while ago (but I can't find it now). I've written my theory on the physical and spiritual bodies of Nana (it sounds weird but it makes a lot of sense) and it can explain parts of the teleportation. I wish I could find the post for you, but I can't.
Click to expand...
Nah man no worries I'm just letting you guys know what I found. I figured it wouldn't be an issue if it was known since its not very commonly talked about.

Smoom77 said:
You might want to check out this thread:

Lots of info.
Click to expand...
Dang you guys know your stuff. Sorry if this is a waste.

Don't worry about it. Any info is good info 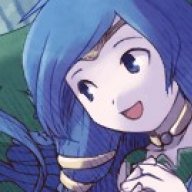 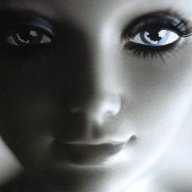 a video of the teleportation stuff would be really cool

Here's a video I made of some of it, from a while back:

that is ****ing terrifying 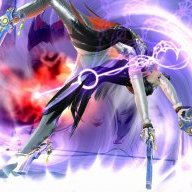