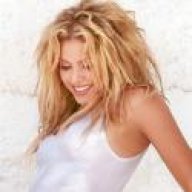 I planned on just posting this in the sticky, but I figure this might actually be something I would want to find back later (and maybe other too?) so I'll post it here:


As Falco against Fox:

Ledge get-up and normal tech get-up work exactly the same for Falco, also up to 90%.


So here you go, these % are pretty useful to remember their range. Vs Falco, some important things:

Crouching near the ledge when he's on there under 60% is a good option since nothing he can do knocks you down.
Nairing at Falco below 70% is very dangerous since it's just setting yourself up to get shine-combo'd
Up-tilt is pretty good at breaking CC's low% if it's not stale.
When Falco is recovering and you had <15% you can eat the firebird and side B, so just crouch and wait out what he does.
A lot of Falcos like doing a lot of autocancel bair and u-tilts to keep their space. You can eat the autocancel bairs when CC'ing (they will be weak hits) but get pushed a bit back. At low % you can just eat it and down-tilt through him
At low % you really just have to utilize Dair to get in.

I hope this helped you all

These are very interesting figures in that we can see that Falcon actually has very good %, so crouch canceling vs him is pretty bad. His aerials especially, don't try to crouch cancel those. Crouching near the ledge to cover his options is sorta ok at low %, but then again you limit yourself in crouch.
One very important thing is you can crouch DURING the gentleman. So if you get hit with the first jab and hit down between the FIRST and SECOND jab you can crouch, if you try to hit down between the second and knee hit, you won't be on time. So anticipate the jab and hit down, the time window is pretty decent. You have quite some time to get a punish afterwards, U-smash or running shine
Last edited: Jul 20, 2015 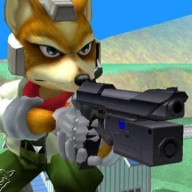 First of all, thanks for posting this. I feel like Falco (not Sheik) is the matchup you have to be most aware of their CC options because they get so much off of a CC.

I wanted to talk about this one here "Strong Nair - 72% <- This one is important, you can start N-airing once he hits 73%". In practice, do you really see a reason to respect that particular CC that far into a stock? In general, I tend to drill for the first 50 percent. This often discourages Falcos for going for the CC after the first few times, but once I've noticed they stop going for the CC, I'll sometimes nair as early as 30 percent.

The basic tradeoff is that dair is *usually* not as good of an approach option as nair, but you get some security against CC while giving an opportunity to SDI (especially in today's meta). I know the numbers dictate sticking to drill for the first 70ish percent, but given player realities, it seems like an unnecessary burden to me. Was curious to hear what you think on the subject.

Then again I'm aerialing less and less for the first half stock against Falco anyway. <3 running shine on laser startup if you can read it and have your DD spacing right.
Last edited: Mar 20, 2015

I agree, this is from a purely mechanical view that you can start N-airing at that %, but you can often start much earlier since at 70% no one will really go for the crouch cancel. I personally prefer Dair a lot more vs Falco over Nair, but I don't use either much when in neutral (where they can CC). I like it more when coming down from platforms.

One of the most important ones in this dataset is the crouch cancel on getup attack. People have seem to be stealing this **** from Mango and its getting really obnoxious and it feels really good when hitting them down at 91%.
S

This is awesome. I honestly don't utilize CC enough and I've realized that knowing where, when and what moves to CC are major components to the game- components that I lack.

Thanks for making me come to this realization
Last edited: Mar 24, 2015 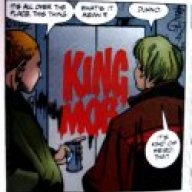 Crouch cancelling is actually very good against Falcon. Nair, jab and rising upair are his best pokes. And they're all cc'able to good percentages. If you've got a good combo game on Falcon, it can get you a ton of mileage. 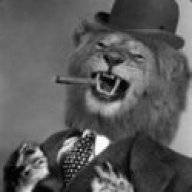