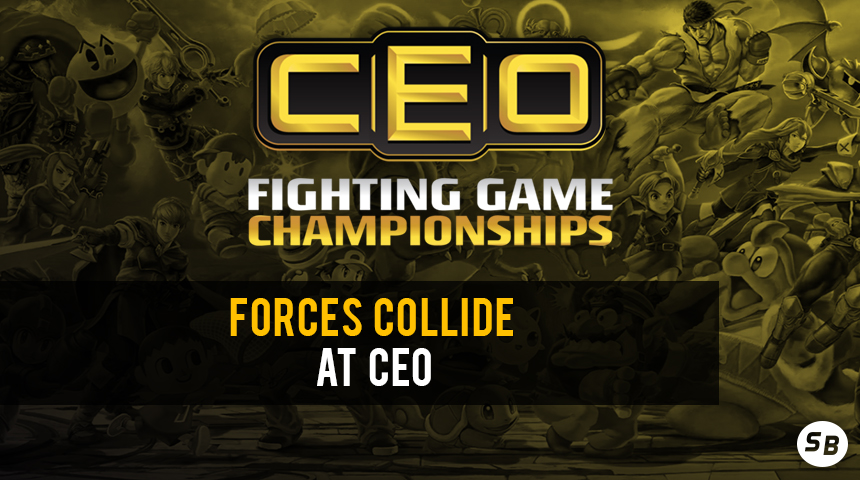 As it stands, Leonardo “MKLeo” Perez is the clear #1. He has handily taken two supermajors back-to-back - MomoCon 2019 and Smash N’ Splash 5. These were nearly a month ago, but the dominance he displayed at Smash N’ Splash 5 - particularly a brutal Grand Finals that lasted less than ten minutes - seems to demonstrate that he is the man to beat.

Gavin “Tweek” Dempsey initially may have been able to make an argument for #1 if he had won the event, however, he cancelled last minute, meaning MKLeo will likely stay #1 unless he underperforms like he did at Umebura Japan Major. Of course, there are over a thousand attendees, and there’s plenty of opportunity for excitement beyond the battle for #1.

One of the biggest stories in Smash Ultimate to date is the rise of Florida. While not a poor or even mediocre region in Super Smash Bros. for Wii U, the region - particularly South & Central Florida - has become so prominent that combined, Florida as a whole is now very easily a region on par with Kanto or Tristate.

While some of this is due to Ezra “Samsora” Morris and MKLeo moving to the state, Florida has a ton of relevant players who will be attending CEO. Among the top 64 seeds, there are many notable players here including Alex “Goblin” Stennett, Justin “Wizzrobe” Hallet, Brett “8BitMan” Esposito, Robert “Myran” Herrin, Saleem “Salem” Young, Vincent “Vinny G” Ghiroli, Omar “Morpheus” Martinez, Reia “Blank” Drucker, Tach “Tachyon” El, Anthony “MuteAce” Hoo, and Kobe “Kobe” Murray.

Notably, many of the above listed players were on the recently released OrionRank Ultimate, making this something of a star-studded affair for the Florida scene. Salem, Myran, and MuteAce are particularly notable names in this crowd, with all of them having shown the ability to place Top 8 at major events this year.

Wizzrobe, recently sponsored by Envy, also might see something to prove. His unexpected rampage at Smash N’ Splash 5 where he defeated Tweek, Lee “LeeT” Wong, and Andrew “ScAtt” Huntley left many stunned. His performances prior to this event were largely relegated to 65th, 97th, and 129th placings, meaning that there is a lot of uncertainty going forward. Was Wizzrobe’s run a one time occurence, or is he a sudden breakout destined for more Top 8s?

CEO will give us an answer. He is set to fight Brian “Cosmos” Kalu in round 1 of Top 192, assuming he skirts by Brian “Benny&TheJets” Navarro, a South Carolinian R.O.B. player that he’s set to fight in pools. Beating both of these players would set him to rematch ScAtt, a Georgian Mega Man that performed exceptionally well at Smash N’ Splash.

While Florida players are obviously going to be a highlight of a Floridian major, it also stands to reason that the event will see talent from surrounding states. Georgia & the Carolinas are sending the bulk of their talent to play just two weeks after we got a decent showcase of what all 3 states were capable of at Just Roll With it! 11 and 2GG: Grand Tour.

At the former, Ishiguro “Raito” Tetsuya was unexpectedly upset by Toriano “Toast” Warren, while he lost to Benny&TheJets at the latter. We also saw Kolawole “Salt One” Aideyan take out both Yuta “Abadango” Kawamura and Tsubasa “Tsu” Takuma between the two events. Additionally, Griffin “Fatality” Miller made strong runs at both events with wins on Takuto “Kameme” Ono and Raito.

All in all, the weekend of June 15th-16h proved to be successful for the super-regional hosts, with all three states making big plays, either by beating the Japanese players present - all of whom took up the top seeds - or by beating top players in other states. Randy “RFang” Fang, for example, defeated Fatality at his home turf of South Carolina that particular Sunday.

With this success comes a lot of potential for upsets going into CEO 2019. Some notable examples include -

There are plenty more players from the Southeast to keep an eye on. Toast, Benny&TheJets, Leon “Sonido” Green, and Bruce “Donquavious” Sawyer are some other examples of players that could make a big splash at Daytona Beach this weekend.


Legacy of the Blade - Mexico & Japan

In this last section, we’ll take a gander at “ProtoBanham” and Edgar “Sparg0” Valdez, two swordie mains with a lot of fan following & hype surrounding them.

ProtoBanham was primarily a Wifi Smash Wii U player who had a close set versus Kengo “KEN” Suzuki in the one offline singles event he attended, Umebura 30. He nearly defeated KEN in the Cloud-Sonic matchup, one KEN had absolute mastery over, but ProtoBanham’s name was otherwise relatively obscure.

In Smash Ultimate, however, he quickly adjusted and became arguably the best active Lucina, with a especially deadly run at supermajor Umebura Japan Major where he placed second. At CEO 2019, his fifth offline event and first international event, he’s set to face Chris “WaDi” Boston in the qualifier spot for Winner’s Top 32.

If he were to win, a very possible prospect given how prominent R.O.B. is as a matchup in both Japan’s online ladder Sumamate and offline, he would be fighting MKLeo. If ProtoBanham’s trajectory continues to the point where he gets here, the set between the two will be explosive and unpredictable.

Sparg0, on the other hand, is a very good Mexican Cloud player hailing from Tijuana. While not as distant from Daytona Beach as ProtoBanham, Sparg0’s journey is still a long one, and it’ll be the first distant international event for the young player. Some have done well with this sort of pressure, such as Sota “zackray” Okada, but can Sparg0 do it?

His first test will be Myran, South Florida’s Olimar champion. Myran has sworn vulnerability to the blade, as evidenced by two consecutive losses to James “Shoyo_James” Wade, so this set seems to be a classic upset scenario.

If Sparg0 were to manage this and get a win on either Fatality or Sinji, he’d be fighting Marss, popularly considered a top 3 player at the moment. These are merely possibilities, but Sparg0’s recent performance at the high stakes SoCal weekly Wednesday Night Fights 2.6, an event with thousands of dollars on the line, impressed many.

There, he defeated James “VoiD” Makekau-Tyson, Matt “Elegant” Fitzpatrick, Dustin “Zenyou” Rice, and Kameme in a single run that led to content makers such as Gonzalo “ZeRo” Barrios making analysis videos of his sets. With this recent tournament in mind, many are hoping - and expecting - Sparg0 to outdo his seed. If he can defeat Myran, one of Fatality and Sinji, and Marss, he would go a long way to demonstrating his status as another young prodigy at the game.

In truth, there are many more narratives at play at this event. It is massive in nature and has immense importance for the first iteration of the Panda Global Rankings, among other things, such as where Japan’s so-called “B-team” stands at an international event, where the Southeast stands at an international event, and how various regions of Florida stand in the most competitive environment they’ve faced yet.

I chose to focus on a few regional-based narratives, since those are often lost in discussion about who exactly ranks where. Hopefully this sheds some light on players that will likely be a lot more notable after this weekend.

CEO has been a post-melee kind of event since the chaotic CEO 2016, but with the Smash Wii U era long gone, Smash Ultimate is looking to make some kind of mark at CEO. With the talent here that includes many of the best regions & many players looking to prove their legacy, it’s almost certain to be one of the game’s most groundbreaking and chaotic events yet.

As an aside, can you DM me Barnard? I am a web/app developer and want to do a data visualization app or something along those lines for Smash, but have not been sure who to talk to. You seem like a good place to start!
I'm curious what kinds of storylines are going to be coming out of CEO this year.
So many new things could come out of it this year and I am more than stoked.
You must log in or register to reply here.
Share: Facebook Twitter Reddit WhatsApp Email Link
Top Bottom