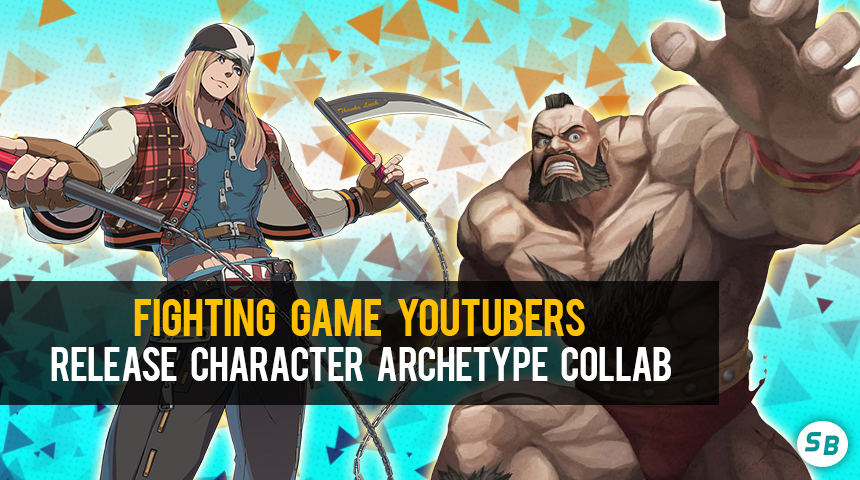 As part of a collaborative effort, several fighting game content creators have released videos about character archetypes in their favorite games. At the time of writing, three of these videos have been released: one by Novril focused on Guilty Gear XX, one by TheoryFighter focused on tag team games like Street Fighter X Tekken and Ultimate Marvel vs. Capcom 3, and one by Leon Massey, who organized the project, focused on Guilty Gear Xrd.

Each of these videos approaches this topic from a different direction, even when looking at similar games. While Novril and Leon Massey both discuss character archetypes in Guilty Gear, both of them focus on different aspects of how different archetypes are expressed in these games. Novril's video, Character Archetypes in Guilty Gear XXAC+R, puts a heavy emphasis on how characters are mostly differentiated by how they play neutral and defense. Leon Massey's video, on the other hand, takes a bait-and-switch approach, focusing on the way that the broad strokes of characters' offensive game plans in Guilty Gear Xrd, especially in terms of wakeup pressure, can be very similar across archetypes, even if the way they achieve those goals or get that knockdown can be very different.

TheoryFighter, on the other hand, takes a more broad view in his video, looking first at the evolution of the character archetype as a whole, and then at how tag team fighting games design their characters. A large focus is put on how tag team characters can get away with having larger gaps in their game plan than in most modern 1-on-1 fighting games, since they'll be paired with other characters. Heihachi in SFxT may have trouble getting in, but if you have him as your anchor, you can use a character like Cody on point to do that for you. Zangief may struggle against fireballs, but you can pair him with Chun-Li to do that for you, and in turn use Zangief to make up for Chun-li's more limited mixups. He also talks about characters like Phoenix or Frank West in UMvC3, who have unorthodox win conditions and glaring weaknesses, but can still do well or even excel in high-level play with the proper team composition to enable those win conditions.

If you want to watch each video from the collab, Leon Massey has a playlist on his channel featuring every video released so far, with plans to update as more content creators release their own videos as part of this project. We have yet to see if any Dragon Ball FighterZ content creators are involved in this project, but the three that have been released so far all cover concepts that should be very familiar to many DBFZ players - from characters being differentiated more by threat ranges and neutral than by their goals when they gain the upper hand, to the way team composition helps compensate for weaknesses in characters' game plans. Plus, with how popular DBFZ is, there's bound to be a video about it at some point.

Author's note: What are your thoughts on the way character archetypes are expressed in DBFZ? How much do you think it relates to the way they're expressed in the games discussed in these videos?