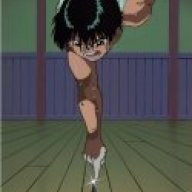 General Information:
$5 Venue Fee (will be refunded if you bring a full Melee/Project M 3.5 setup we use until Brackets reach top 8)
$5 Melee Singles (with pools)
$5 Project M Singles (with pools)
What constitutes a set up? Either Gamecube or Wii w/Melee disc or a Wii w/Project M and a CRT TV
Note: We will take 20xx setups and other USB loaded Melee or Project Ms so long as the hacks or textures are not deemed excessive and they are turned off if possible. However, any player has the right to request before their match to play on a setup that uses a Melee disc or Brawl disc instead .

Rules:
[collapse="General Rules"] - Players who fail to report to their match within 5 minutes of it being announced will lose their first game of the match. After 10 minutes without reporting to their match, players will be disqualified from the tournament.
- Coaching is only allowed between tournament matches. Excessive coaching will not be tolerated.
- Bracket matches take priority over friendlies and money matches. The TO reserves the right to prematurely end any match.
- Non-first party controllers must be inspected by TO staff before use in tourney.
- Wireless controllers are discouraged due to interference and unreliability.
- Pause can be requested off and that request cannot be denied. If one pauses mid-match, the person who initiated the pause loses their current stock. If the pause causes the opponent to lose their stock (such as interfering with recovery), the person who initiated the pause loses two stocks. If there is any doubt in the ruling of a pausing incident, stop what you are doing and CALL ONE OF THE TOs TO YOUR MATCH.
- The tournament organizer has the right to save/record any tournament match if possible and has the right to upload said match.
- Any hacks or mods applied to a setup may be inspected by a TO, who reserves the right to have those hacks disabled if they are deemed inappropriate for tournament play.[/collapse]