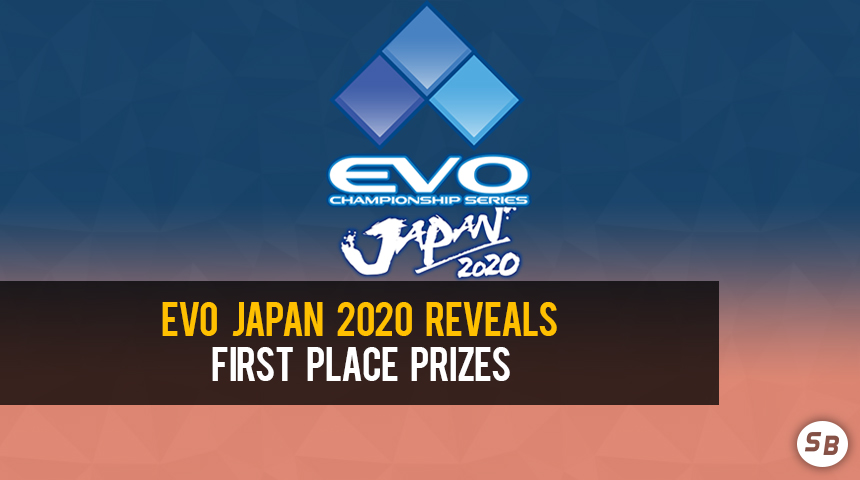 EVO Japan 2020 will be arriving shortly, and the opening day is on January 24th! While the Evolution Championship Series has been held every year since the year 2000, the Japan branch of EVO had its roots in 2018 because EVO has been held consistently in Las Vegas, Nevada. This esports competition will be taking place at the Makuhari Messe Exhibition Center in Chiba City, which is about 45 minutes east of Tokyo.

The games that will be played at this event were revealed in August of 2019, and are BlazBlue: Cross Tag Battle, Samurai Spirits, Soul Calibur 6, Street Fighter V: Arcade Edition, Tekken 7, and of course Super Smash Bros. Ultimate. Just recently, the grand prizes have been announced for the top finishers in these competitions! For the most part, the first place prizes are sizeable, except for one prize in particular:

The prize for winning first place in Super Smash Bros. Ultimate is… just a customized Pro Controller? In contrast, the first place prizes for Street Fighter V and Tekken 7, when converted into U.S. dollars, are just about $9,000 for each. Additionally, when most games offer prize for second place, there doesn’t seem to be any second place prize planned for Super Smash Bros. Ultimate. This situation takes a turn for the stranger when the official EVO Japan 2020 site is converted from the Japanese site to the English site:

The plot thickens...if you switch to Japanese it says pro controller, but the English site says "prize TBA" pic.twitter.com/aoHolm4yJ9

The esports scene has hit later in Japan than it has in the rest of the world. While esports competitions in the United States can reach upward to $60 million prize pools, gambling laws in Japan have hindered the expansion of the scene due to the restrictions on how much prize money can be offered. Grand prizes of even $1,000 converted from yen used to be considered as an “inappropriate sales promotion” for the game. A prize such as this would cause players to buy the game for the prize money, which is a practice that was not accepted at the time. In February of 2018, the Japan eSports Union, known as JeSU, was established to issue licenses to professional esports players and teams.

However, Nintendo is not a member of the JeSU, so a Pro Controller being top prize for winning the Super Smash Bros. Ultimate competition at EVO Japan could be somewhat predictable. Japan is the only country with laws that inhibit esports prize pools to this extent, and the only way to avoid these sanctions would be to become licensed. This isn’t the first time that EVO Japan had limited its rewards for winners, though. Because of these esports laws exclusive to Japan, it is saddening to know that Japanese Super Smash Bros. Ultimate players cannot be rewarded for their victories as much as licensed competitors can by playing games by JeSU member companies. There is something to be said for the other games that do have high prizes when compared to Super Smash Bros. Ultimate though, so maybe it will be very soon that Nintendo realizes the importance having larger rewards for the esports scene to applaud their passion and dedication for their games.

Author’s Note: How do you feel about EVO Japan’s grand prize for Super Smash Bros. Ultimate? Let us know in the comments. 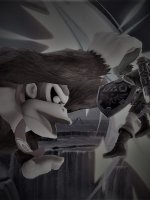 UtopianPoyzin
Contributor
UtopianPoyzin is an avid Smash fan, and a SmashBoards regular at that. He was introduced to the series back in Brawl, and has spent spent a ridiculous amount of time playing and speculating about the subsequent installments. Don’t ask to see his bracket for potential newcomers. Its sheer length is frightening.

You just hate to see it.
It's just sad that Nintendo isn't willing to fully embrace the Esports scene. Capcom, Bamco, Arcsys, and SNK all leasing HUGE amounts of money for their competitions, and it's a shame for Nintendo.
I wonder for what kind of money that controller would go in an auction.

Sure, it's petty to sell your hard earned trophy but so is giving a controller for the best national player.
To use a controller to get a controller.
Don’t forget, it has a GOLD Smash mark on it!