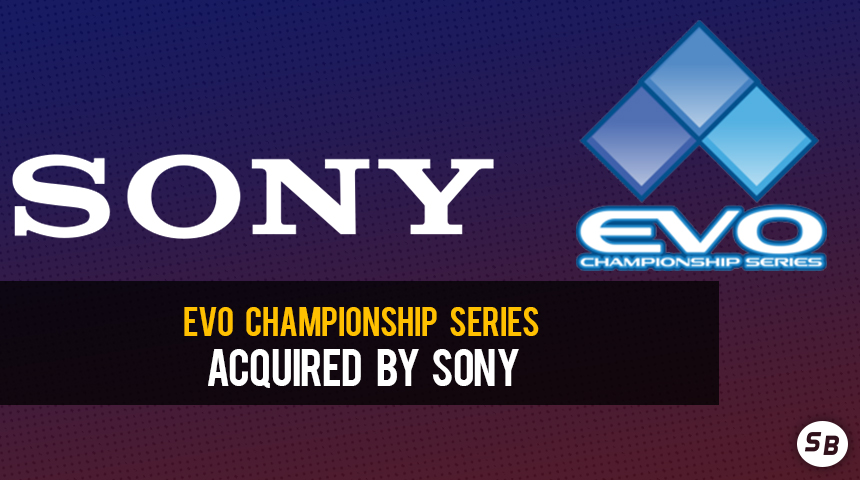 Sony Interactive Entertainment has announced that they, alongside esports venture RTS, have acquired Evolution Championship Series, alongside its parent company Shoryuken. Evo co-founders Tom Cannon and Tony Cannon will still be involved in an advisory capacity. RTS is an esports venture helmed by CEO Stuart Saw, and whose investors include sports marketing company Endeavor.

Prior to this announcement, speculation had been abound about the fate of the tournament series, as Evo Online 2020 had been called off following allegations of sexual misconduct against Evo co-founder and head organizer Joey "Mr. Wizard" Cuellar, who was removed from his leadership role within the organization. Many expected that, following these allegations, Tom and Tony Cannon would have simply opted to rebrand the tournament series, so this announcement came as a surprise to many.

Sony and RTS have also announced that they will be holding an online iteration of Evo this year, with a lineup of four titles: Tekken 7, Street Fighter V: Championship Edition, Mortal Kombat 11 Ultimate and Guilty Gear Strive. This lineup has spawned some apprehension from members of the fighting game community, as both Tekken 7 and Street Fighter V are known for having major problems with their netcode. Tekken 7 continues to use a variable delay-based netcode solution, despite also including rollback functionality, and while Street Fighter V has rollback netcode, it has a major bug that has persisted since launch that has made online play inconsistent, especially in long-distance connections.

Despite being partially owned by a major console manufacturer, it seems that Evo will still host games across multiple platforms. Evo business developer Mark "MarkMan" Julio has confirmed that the PC version of Tekken 7 will be used for Evo 2021 Online, rather than the PS4 version, and crossplay between players on different platforms will be allowed for both Street Fighter V and Mortal Kombat 11.

Evo is open to all platforms still. We are running TEKKEN 7 on PC and allowing PC (crossplay) for other titles.

In response to questions about what this means for Smash's future at Evo, Nintendo has also released a statement to IGN, which states "Nintendo has enjoyed engaging with fans at past Evo tournaments and wish to show the organizers the best with their new venture. We will continue to assess Evo, and other opportunities, as we plan for future online and offline Super Smash Bros. tournament activity."

At the time of writing, the front page of the Shoryuken website has been replaced with a message asking visitors to visit Evo's new website, evo.gg, and stating that the Shoryuken website has temporarily been taken down while its staff works with Sony and RTS to determine what this acquisition will mean for the future of the site. The Shoryuken Wiki is still available, as Shib, the wiki's current administrator, had taken over hosting duties in late 2020. It is currently unknown whether the wiki will be affected by this acquisition.

Maybe Smash Bros at EVO?
HOW this is going to play out aught to make for quite the conversation... because while EVO can say just about any PR statement they want, Sony now has the leverage to pressure them into submission if a disagreement (or more likely a community with a negative reputation) arrives.

but, that's only my pessimistic perspective... it's all up for discussion as to what might happen from here on.
Last edited: Mar 18, 2021
Well, this is something I never expected, to say the least.
So Sony owns the tournament and Microsoft own the networking platform?

And here's Nintendo over here, once the forerunner of competitive gaming with the NWC but now still offering the same prizes they did back in the 90's.

Phoenix502 said:
HOW this is going to play out aught to make for quite the conversation... because while EVO can say just about any PR statement they want, Sony now has the leverage to pressure them into submission if a disagreement (or more likely a community with a negative reputation) arrives.

but, that's only my pessimistic perspective... it's all up for discussion as to what might happen from here on.
Click to expand...

Sony owning anything they can pressure communities with is really, really bad. And I dont mean it on a gaming sphere or whatever, I mean their track record from back when being big in the Music industry and with record labels was their biggest deal, and all the horrible things some artists and consumers went through with them. Then getting leverage on fan-dependent services and events, specially with how hard their marketing game is, is very bad news.
I'm mixed if smash is at evo this year
I guess I would have expected a graphics card manufacturer if anyone. Or a subsidiary of a subsidiary of tencent. Sony does seem a touch left field. I don't really know what to make of it at this point

As for the games list, I'm sure that's not the final list. But I still wouldn't count on Smash reappearing, simply because Nintendo has been distancing itself so strongly from competitive communities. I don't really expect the new Sony management to play a factor, though. If they announce Killer Instinct for the event, then we can be sure Sony does not care.
Lol Nintendo faking it once more...
Nintendo has been more than happy to make deals and partnerships with Sony and Microsoft the past few years so I can see how Nintendo's presence at EVO may be even higher now tbh.... maybe not this year as the change of ownership is still new and sudden, but starting next year, we will see.

Now can you imagine if Nintendo bought EVO instead, and then started C&D'ing every single other Smash tournament out of existence? Lmao.

can you imagine if Nintendo bought EVO instead, and then started C&D'ing every single other Smash tournament out of existence? Lmao.
Click to expand...

That'll go over like a lead balloon... I honestly wouldn't be surprised if a particularly defiant group in the fanbase would go out of their way to strike back... especially since despite my own misgivings about this very community and the topic of rulesets (a long-winded rant of its own, mind), Nintendo's not necessarily respecting of the unwritten sportsmanship (if that's even the right word for it) in competitive Smash... and demand things like items and stage hazards.
Last edited: Mar 21, 2021
You must log in or register to reply here.
Share:
Facebook Twitter Reddit WhatsApp Email Link
Top Bottom