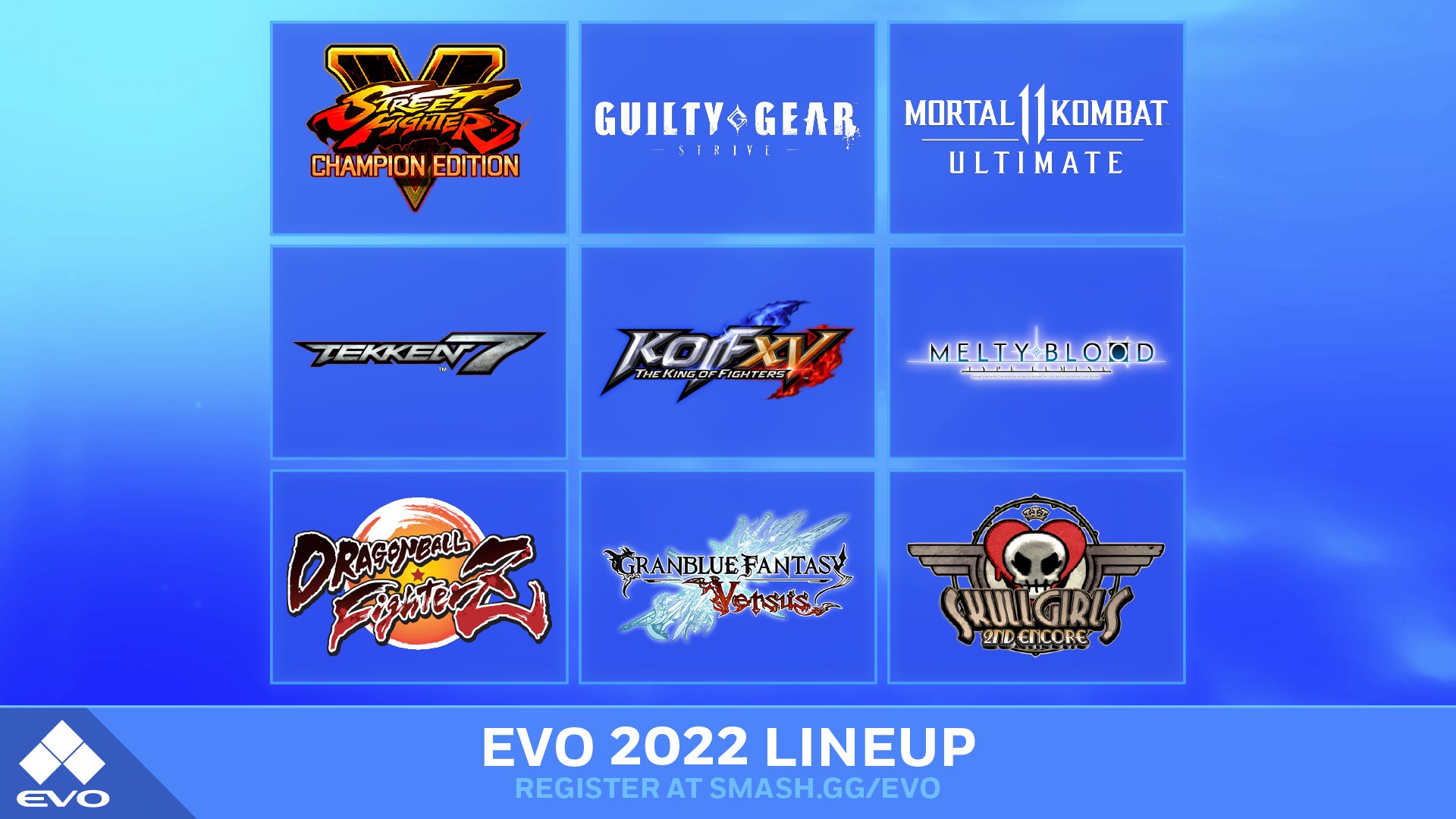 EVO has just revealed the full lineup of fighting games that will be featured at EVO 2022 in August. You can check out the official announcement below:

Registration for Evo 2022 is NOW OPEN!

Head to https://t.co/WgXv1e2fEK and register now!

We can't wait to see you all offline and in-person August 5-7 at Mandalay Bay in Las Vegas!

Thank you to our special guests and viewers who joined us for the Evo 2022 lineup reveal show! pic.twitter.com/qiJwz2eGwL

The following games will be featured titles at EVO 2022:
In addition to the above featured games, EVO general manager Rick Thiher has stated on Twitter that Marvel vs Capcom 2 has not been forgotten. MvC2 is one of the most popular games in EVO's history and was even going to get its own 20th anniversary event at EVO 2020 (which got cancelled), so we'll have to see what is in store for it this year.

As reported a few weeks back, Super Smash Bros. will not be appearing at EVO due to a decision made by Nintendo. This incidentally means that there will be no platform fighters in the main lineup this year, with EVO 2012 being the last time this occurred during an in-person EVO. Fans of platform fighters can hopefully look forward to some entries of the genre appearing at EVO as side events, as has been the case for games like Rivals of Aether.


Author's Note: Outside of Smash being a no-show, this lineup rocks! What is your favorite game in the lineup? What games would you have liked to see be featured? Let us know in the comments below!