Details as well as some pictures will be posted later.

For those who may not be familiar with the ESA series, the tournament will take place once again in the computer science school EPITA, located in Villejuif near Paris.
We have the possibility to have a whole floor of the school for the tournament, which allows us to provide housing at the venue during the tournament.
You can find it on a map here. (Use streetview and search for the big blue building, it’s the venue !)
Details as well as some pictures will be posted later.

The date is confirmed, you can book your tickets.

Entry Fees :
The amount of the entry fee is 25€. It includes participation to both singles and doubles, but doesn't include food.
Price is splitted that way:
5€ - entry fee
10€ - singles
10€ - doubles

Participant limit is set to 300 players

Details about those events will come later.

Rules
*To be completed*

Crews' rules will be depending on the number of attendants present.
As for everything else, rules are pretty much the same as the singles rules with one difference : Every match will be played on starters stages.


Stages related rules will are not decided yet and will be added later ![\b]

Paris is pretty easy to reach by plane or train depending from where you come from. I suggest you check www.ryanair.com for cheap plane tickets (arrive at Paris Beauvais).
Other airports like Charles de Gaulle or Orly are better because they are closer to Paris. It takes about 2 hours to get to Paris from Beauvais, about 1 hour from Charles de Gaulles and about 30 minutes from Orly.

From Orly : Once in the airport and free to go, follow the signs "Trains to Paris" and take the RER B direction Paris. To go to Epita, stop at the station "Denfert Rochereau" and follow the connexion to "Ligne 6 direction Nation". Stop at "Place d'Italie" and follow the connexion to "Ligne 7 direction Villejuif - Ivry". When you take the train, make sure it indicates both on the train itself and in the air on an electronic board that this train goes to "Villejuif" and NOT "Ivry". You may want to ask people, "Villejuif?" pointing at the train, they'll answer "oui" or "non" . Once you boarded the train, wait for the station "Villejuif Paul-Vaillant Couturier" and get off. Now you just need to walk for 5 minutes looking for the Epita school. Turn right after the Ford building right outside the metro station. You should see a "Franprix" (a chain of cheap stores), a Chinese restaurant and then a little place with a Bakery at the angle. Take the big street to the right (you should see a lot of mess with a new building growing... that's the street). Go straight forward and turn right after you've seen the hospital on your right. Again, go straight for a few minutes and you should see what looks like a school on your left. here you are !
Here's a map of the way from the metro station to the venue.

Google's dumb and tells you to walk right in the center of the road, but don't worry, sidewalk do exist in France too.

From Charles de Gaulles : Once in the Airport, follow the signs "Trains to Paris", you may have to take a (free) bus to switch to another terminal. Take any train going to Paris and stop at the station "Denfert Rochereau". For the rest, it's the same as when you come from Orly.

From Beauvais : You have to take a bus to the central station of Beauvais, then take a train to Paris, then you arrive in Gare St Lazare. From there, you have tons of ways to get to "Ligne 7 Villejuif Paul-Vaillant Couturier". You may take "Ligne 14 direction Olympiades", stop at "Ch‚telet" and follow the connexion to "Ligne 7 direction Villejuif - Ivry". For the rest, read the Orly way.

By Train :
- The Eurostar
The Eurostar train departs from London at Waterloo station. You will have to go through customs and show IDs. You arrive at Gare du Nord. Follow the signs for metro "Ligne 5 direction Place d'Italie". Get off the train at the last station, Place d'Italie. For the rest, read the Orly way.
- Other trains
If you come from Belgium or The Netherlands, you will arrive at Gare du Nord, always. So the same itinerary as the Eurostar one just above.
If you come from Switzerland or Italy, you will arrive at Gare de Lyon (yes, this is a train station in Paris, a big one !). From there, you can walk to "Gare d'Austerlitz" and take metro "Ligne 5 direction Place d'Italie". For the rest, refer to the Eurostar's explanation.

By Bus
I don't know any other company than Eurolines but I believe most busses stop at two main bus terminals.
- La Défense
La Défense is a huge bus station (and an economical center). When you arrive with Eurolines, You have to follow the metro signs and walk through a long pedestrian-only tunnel. Take metro "Ligne 1 direction Ch‚teau de Vincennes". Take the connexion at station "Louvre" and follow metro "Ligne 7 direction Villejuif-Ivry". When you board the metro for this connexion, make sure you take a metro going to "Villejuif" and NOT "Ivry". For the rest, refer to the Orly explanation.
- Gallieni
From Gallieni, follow metro "Ligne 3 direction Pont de Levallois Bécon" and stop at station "République". Follow the connexion to "Ligne 5 direction Place d'Italie" and get off at the last stop. For the rest, refer to the Orly explanation.

Various Costs
- Orly to Paris by RER costs 2.10€ euros One way.
- Charles de Gaulle to Paris by RER costs 8.20€ euros One way.
- Beauvais train station to Paris Gare du Nord costs 11.70€ euros One way.
- A single metro/bus/tramway ticket costs 1.50€ euros.
- A pack of 10 metro/bus/tramway ticket costs 11.10€ euros. (I advise you to buy that if you're a group and planning to visit Paris a bit).
When you buy a RER ticket, once you get in Paris, you can use it as a metro ticket, no need to pay 1.50€ extra. Same for the way back, buy your RER ticket, use it for the metro and then for the RER.

Useful information : In Paris, when you are caught in the metro or bus without a valid ticket, you'll have to pay a 40€ fine (or some simillar amount). Controls are not so frequent, but keep that in mind if you don't want too much extra costs (right Spaniards ? ^^')

Bring Your Own Controller !!! This rule applies here aswell. And keep your things with you, one never knows.
If you plan to use a Wavebird, please notify it in advance. We’ll only accept 16 Wavebird users to avoid interferences.

For the general well-being of everyone, no one can justify throwing something on the floor. There will be enough trash cans all around the venue.

Drinking alcohol in the venue will be completely forbidden.

Drugs under any form will be forbidden.
Any player breaking these rules will be excluded from the event without any refunding.

The tournament will be run by Charlon, Baxon as well as Salepate as a co-host.
Results will be posted here and in SWF's Results section.

Decided later with the entry fee.

I'll add someone else so you can call someone if I'm not available.

This time, we’ll have a mic and speakers, which means I’ll still have a voice after the tournament.
As always, our aim is to have many TVs. And this time, we’ll make sure to take CRT screens, juste to be sure (even though ESA2’s TV problem wasn’t caused by one of our decision). So far, we are sure to have at least 32 TVs.
We should have a projector which works, this time.
Coming to this tournament isn’t only a matter of Smash ! No matter how much I hate it, Paris happens to be a beautiful city, which I strongly advise you to visit.

Well, hopefully, see you in Paris !

LOL the stupid jokes from my previous ESA threads are still there.

Also I may go. Not totally sure, though. 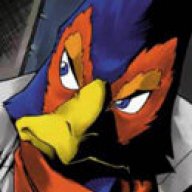 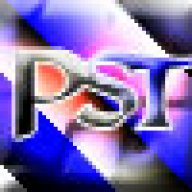 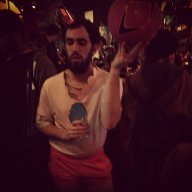 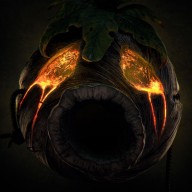 it's gonna be awesome ! 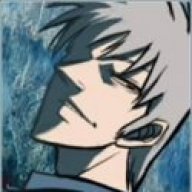 Interested but not very likely to come since I have finals around then. 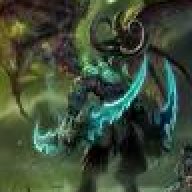 Why is wobbling banned lol


Anyway, looks fun. May consider going depending on swedish attendance. 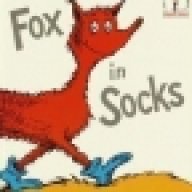 armada said:
i will be there =)
Click to expand... 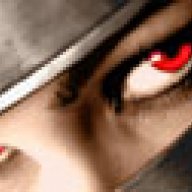 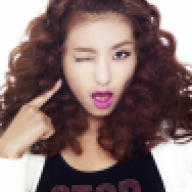 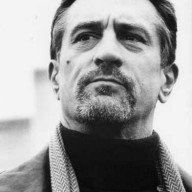 Wow Slhoka thats so awesome!!
European Melee is back!

Lol I'm not hosting this one. I'm actually wondering whether I'll attend or not.

But yeah, it seems that this tournament will have a great attendance, at least among foreigners.

Slhoka said:
Lol I'm not hosting this one. I'm actually wondering whether I'll attend or not.

But yeah, it seems that this tournament will have a great attendance, at least among foreigners.

C'mon dude !
you have to be there
T

We'll do our best to come 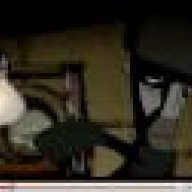 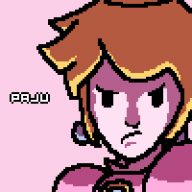 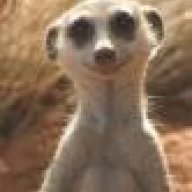 Adam and I will be there

ill probably be there 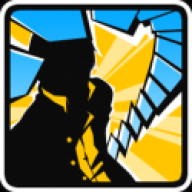 Zgetto said:
Adam and I will be there
Click to expand...

Try to bring Virusblumage with you !!!! 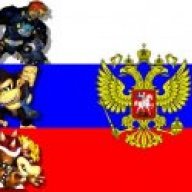 Wish I could come, but having just obtained a full time job, this is way too soon in the year. I sure do miss Paris and the EPITA campus
P

I'll certainly be there !!!


Hope to see you all guys ! 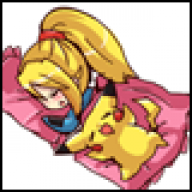 Zgetto said:
Adam and I will be there
Click to expand...

What about the rest of the dutchies?
T

I might come to this!
Just need some answers on a few questions:
1. Can we sleep at the venue?
2. Will there be showers?
3. When does it start at friday/end at monday? (good to know when ordering tickets).

1/Yes you can sleep at the venue (and you can sleep there 3 nights, Thursday+Friday+Saturday)
The tournament room will be open Thursday around 5 pm > sunday 8 pm :D

2/I don't know for the showers, i let you know as soon as possible :/

3/Singles & Teams are Saturday and Sunday (IDK exactly when)

The title says it's April 20-23, can we sleep at the venue the night from sunday to monday as well?

Lawrencelot said:
The title says it's April 20-23, can we sleep at the venue the night from sunday to monday as well?
Click to expand...

Maybe but i'm not sure, i'll ask charlon tonight

I think, now that I have a job, I will not be sleeping on the floor. Hotel or something

Sorry guys i made a mistake 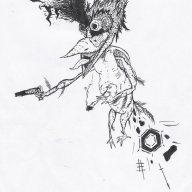 Someone put in the title that there's room for 300 people, and ask for a sticky :D
C