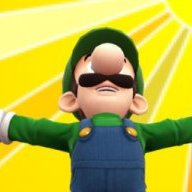 Edit: Well this is awkward.
Lucina:
- Sword has no tipper sweetspot or hilt sourspot; hitboxes are consistent all throughout

Daisy:
Sadly, I couldn't find any differences between Peach and Daisy. Even their hurtboxes seem to be identical to each other despite minor animation differences in their walk, dash, and idle stances. I may be mistaken though.

Richter:
- Holy Water will not cause explosives to instantly combust due to it being aura-based rather than fire-based

Chrom:
- Sword has no hilt sweetspot or tipper sourspot; hitboxes are consistent all throughout
- Has Ike's up-special

Dark Samus:
- Samus's fire attacks are replaced with electric attacks, causing greater hitlag and preventing explosives from instantly combusting
- Has a higher jump
- Has a generally larger hurtbox due to more exaggerated movements
- Has slightly less range on forward-smash
- Up-smash hits shorter opponents
- Has a faster forward and back roll

Additional notes:
- While Dark Pit's forward-tilt had less knockback in Smash 4, this is no longer the case in Ultimate and it's now the same as Pit's
- It's a common misconception that Dark Samus is floatier than Samus, however their falls speeds are identical

If you find any more differences, no matter how small, please feel free to add! I'm especially unsure about Ken because I've never played Street Fighter and I don't know if there are any more special inputs with him.
Last edited: Jan 5, 2019
You must log in or register to reply here.
Share:
Facebook Twitter Reddit WhatsApp Email Link
Top Bottom