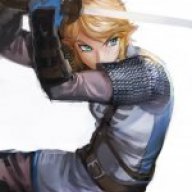 A thread that I'm putting together to keep track of my findings while playing and practicing with the Hero. Some of these are listed in the game's 'notes' I'm sure, but I know most people don't look at those. I'm not listing the obvious.

On Grabs
Pummel will use Psyche Up.
When buffed, Fthrow and bthrow both become deadly.

On Sword Attacks
Has a sweetspot on all of his sword moves except for Side Smash (usually the tip) However, Up Tilt's sweetspot is the entire blade, whereas his hand is the sourspot.
Up Tilt does not hit small or crouching opponents in front of him.
Fair, Bair, and Dair must be full hopped or higher to auto cancel.
Psyche + Oomph allows a half charged Side Smash to one hit shields.
Critical Hits deal 2x damage

On Magic
Gains about 1MP per second.
Doesn't regain magic while looking in Command Menu or while charging spells.
MP Costs of Normal Spells (These are not listed in the command wheel)
Frizz/Frizzle/Kafrizzle
6/16/36

Frizz/Frizzle/Kafrizzle
Your hand has a hitbox.
These attacks can be intercepted easily. Attacking them reduces the damage you take due to the explosion starting sooner.

Zap
Slash does damage even if you have no MP.
Super Armor is active on Kazap during the spin attack.
Zap is a disjointed attack, not a projectile. It cannot be reflected.

On Regaining Magic- Restoring Magic is essential. Hero restores MP within 1% of the amount of damage he deals WITHOUT the 1v1 Multiplier.
Crits restore more MP than normal. Not quite double.
Hitting multiple opponents restores more than hitting one, but does not add the same amount per hit unless it occurs on a different frame.
Charging Smashes does NOT recover more MP.


On The Command List
All Command List spells can be reversed upon activation
Being footstooled on the ground does not cancel the command menu.
He can grab out of command menu by tapping shield just before attack
He must at least enter the full thinking stance before any move is executed, even if you mash.

Psyche Up and Oomph Affect Kaclang, Flame Slash, Kacrackle Slash, Metal Slash, Hatchet Man, All versions of Zap. Psyche Up and Oomph Stack. Note that while Psyche Up affects Kazap, any single hit of the attack will remove the buff, thus a kill percent is not known for the final strike.

Psyche Up- Damage increase, Knockback Increase.
Lasts indefinitely.
If it hits a shield, item, or projectile it wears off.

Zoom
Hitting your head with Zoom cancels Zoom but does not send into helpless.

Kaboom
Has a vacuum effect before the explosion

Kamikazee
Is unblockable but does not break shields

Whack
Travels farther than any other small projectile. The slow movement allows him to approach with it.