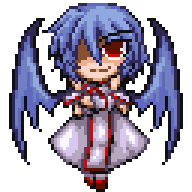 I've been feeling like doing this kind of thread for a bit, as a way to express ourselves on any small nitpick we may have found that could help against all characters or specific characters, anything really.
Keep in mind that some of these tricks are not true and shouldn't be used as a bread & butter option at a specific time, even though posting these kind of tricks is not prohibited by any means.

So yeah, feel free to share any kind of trick you've discovered while playing as the great doctor. We, as a community, would gladly enjoy any kind of post about even the smallest of gimmick, as it may allow us to diversify even more. I'd consider Doc a relatively strong character in terms of mixups, but one can't find all the tricks alone, so that's why this thread exists: to specifically share neat tricks of all kind.

I'll start by my own tricks: I may add more in the future, as time goes on:

FrameTraps based around Aerial into UpB:
Simply put, against characters who are closely related to Doc in terms of air physics, it will be fairly easy & nice to start pressuring their landings with aerials. It's better on stages with platform rather than FD because you'll be able to reach your opponent more easily. So, if you've done your job correctly, and staying close to them while throwing an aerial ( UpAir or BackAir are ideal ) , they may end up airdodging: If that's the case, unless you're offstage, try to follow them & UpB right after your aerial is done: this should hit them, which at high%, may let you seal the stock.

Raw UpB's versatility:
I feel like Raw UpB is an underused move for many Doc moves despite all it has to offer: If used wisely, it can let you seal stocks fairly easily. I've been practicing on this for a bit, and i came to the conclusion that against characters who, at high%, may want to throw out their best SH Aerials on us, this may end up being a worthy trade. This is usable thanks to UpB's fairly big hitbox that allows it to trade well enough even with aerials that outrange by a bit, the fact that the move also is rarely affected by staleness due to its rare use is in its favor as well as it being Frame 3. Don't get me wrong, it's a very risky option, but it's a strong mixup that may be worth pulling off sometimes.

Regrabs:
This one is a trick most of you already use as a strong mixup: Doc's ability to regrab out of moves at Low to Mid% is pretty outstanding. This plays an important part in our mixup game that may allow us to rack up massive damage on an opponent if his decisions are wrong or messed up. Dthrow to UpSmash lets you a small amount of time to dash grab your opponent afterwards, Bair into dash grab may also work, all of our tilts into a grab can work decently, a right tech chase with Nair, and UpAir into dash grab. The possibilities are almost endless. What matters is to notice the opponent's habits so you can opt for the better option for the better mixups to use.

Jab1&2 into something:
This one is also fairly known and used by a lot of doctors, but i feel like our devastating coverage for some of the escape options of the opponent are often overlooked. If your opponent jumps, you may able to catch them with a Forward Air by reading said option. Those with the Frame 3 options to get out of such mixups may get hurt by one of our out of shield options, given that we know they'l go for it & shield. At specific %, CONSIDER grabbing them, don't always go for it tho, because repetitivity will only get you punished. Once again, Mixing it up is the key of these conversions being so strong for Dr.Mario.

Well, that's about for me, at least right now. Hope you learnt something, and if you have anything to suggest or say about, feel free to do so, i'd gladly hear you.
Last edited: May 21, 2016 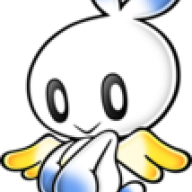 SHAC N-air is also something to note. It can be use as a Tomahawk kind of thing. At least, that's how I've been using it. To put it shortly, SHAC N-air can go to anything.
(Short Hop Auto Cancel. No need to fastfall.)
Another one is a frametrap that A2ZOMG made, called MDD. Mega Doc Dunk. It's a Frametrap for the characters that weigh more than Zelda and less than Ganon, since it's a weight dependent throw. (Excluding Luigi cause... Luigi) In a range of percents, D-throw to F-air will be either a true combo or a frametrap. If they jump, they'll get hit by F-air. Attack, F-air. Airdodge: You need to Auto Cancel the F-air on the ground and go for an F-smash. I would say to practice this on Marth, since I find him easiest. Depending on character, this can work from a range of percents. These are just little things that I know of.
You must log in or register to reply here.
Share: Facebook Twitter Reddit WhatsApp Email Link
Top