Donkey Kong- Why you should main him 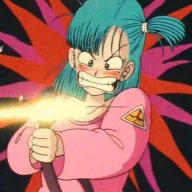 So for some reason im seeing DK being put at mid tier or just low tier in some tier lists out there and i just wanna say that those tier lists are absolutely terrible. DK is so much better than people think. DK is probably one of the best heavies in the game behind bowser. I would have to say that DK's combo game is pretty amazing and pretty dirty. Practically any of his moves can lead into a combo such as Up tilt,Down tilt,Dash attack,Up air,Foward air,nair,down air and back air. DK is absolutely incredible at juggling and can easily rack you from 0% to 60% in a matter of 4 moves his up air is really good at juggling, Up throw to nair to backair is also very good.Which gets you to %40. A move I love so much is his Charge Punch which is the main reason why DK can kill. Or a very quick combo to kill ur opponent at 20% near the edge is nair,down tilt,side b,Punch which gets ur opponent to 80% and can potentially kill them and most of the time it will kill them. DK's edgeguards are very good. The DK Walling technique is amazing by being able to stick out 2 back airs before hitting the ground. Backairs have good range and you can easily spam them and they do some nice damage and get your opponent off stage and is one of his best edgeguarding tool

DK is by far a really really good edgeguarder. His back air and foward air are extreme kill moves and have really really good range with foward air being able to spike HARD or it can send them off the stage with a different hit box. His back air is amazing by being able to stick out 2-4 and still being able to recover, the back air walling also scares the hell outta your opponent which is forcing them to stepback which in some cases when there characters with bad recoveries. His nair and fair are also good if you cant stick out a back air if your facing foward and fair has extremely good range being able to hit if your opponent is above or below you and foward air comes out quick and has has almost a little bit of lag at the end. Nair is a decent kill move if you feel threatened when you are trying to edgeguard you can just stick out a nair and most of the time they will die. Now lemme get to down B being on of DK's most interesting kill moves. It requires much much practice to get that spike but when you do land the down B spike it is one of the most satisfying things to land in the whole game when it works because most of the time your opponent is never getting back from that especially if you follow up with a spike. Down air is also very good to spike with if your opponent is underneath you and it is very nice to hit and to catch your opponent off guard.DK punch also takes some practice but most of the time you wont need to use it to edgeguard because DK's edgeguard is actually pretty nice but if you really wanna kill them then DK punch is the way to go for you its hitbox is hard to land off stage though so be careful.

DK's aerials are pretty good pretty much all of his moves are tbh. His aerials consist of Fair,Bair,Nair,Dair and Uair. His foward air is nice to start juggles with and can actually do quite a bit of damage. It can lead from Fair to Uair,Uair,Uair or Fair,Uair,Uair,Fair which gets your opponent to 50-60%.Donkey Kongs back air is probably one of his best aerials with its incredible range,hitbox and damage.Its damage is not all that great such as %15 but it is very good because they combo into eachother very well so if you stick out 2 or maybe 3 back airs you can get %30-45% or maybe even more if you get the sweetspot hit.Nair is a really great combo starter for dk it can go from nair into so many combo starters. Dair is a really great spiking move and in some cases can lead to combo starters which can lead into juggles for days.Uair is his juggling move that opponents can try and DI out of but sometimes to almost no avail. Uair is an amazing juggle move in ultimate in my opinion i think it is one of the best Juggling moves in the game i would put him 5th best at Juggling in the game.

Down tilt is his best combo starter move because sometimes your opponent can trip which can lead to a grab into some juggles and you can also spam the hell outta dtilt which will rack some nice damage and start some combos or to get outta a bad situation. Ftilt is DK's farthest hitting move with a Big hitbox and it does some nice damage for a tilt attack to.Up tilt is something that i think needs more recognition because it leads to some nice combos and juggles. His Jab is a really good Jab even though it cant lead into any Jab reset combos it still can get you out of a combo while also hitting your opponent for 24% and giving you a chance to get back and gain control of the match. All of his tilt attacks are good in their own ways with juggles,combo starters,SPAM and far range.

Punch fully charged is DK's one of his best moves in his moveset due to the shear amount of percent it racks up and the extreme kill power it has you can get back on stage with it. It is one of his biggest threats to plays trying to edgeguard or combo DK and it scares the hell out of them to because they will never know when DK is going to use. Donkey Kongs side B is so much better than it actually is Side b into punch and you will need so much to mash out of it especially at a high percent. What I do is Side b walk up and Charge up smash because most people will mash out of it and they will go up or if they dont mash out of it DK's hitbox for his Up smash can hit the opponent in a nice sweet spot hit.Down B is actually so much better than DK mains think it is. Sure it can be punished hard but once you know how to use it and when it becomes very useful to rack up damage you can combo itt into a Charge Punch. Up B on stage for DK is very good especially when your getting into a Hard Combo and need anyway possible to get out of it Up B on stage is the way to go.

Sorry for not clarifying or changing it but Charge Punch is the same as Neutral B
DKwill, Konga and Tweek are some great players i really recommend to go look at their play with DK
Update: Unfortunately Tweek and Konga are currently inactive