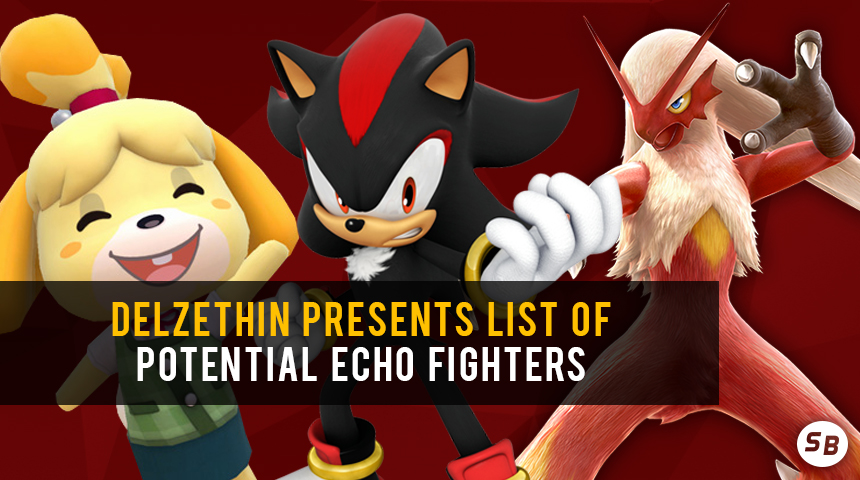 With the reveal of Echo Fighters as a distinct category of fighters in Super Smash Bros. Ultimate, the community at large is excitedly wondering which characters could be clones for the first time in the series's history. Amid all of the discussion, Delzethin has put together a video listing who he thinks could potentially be an Echo Fighter.


At the start, he establishes a set of basic rules, based on both what we've seen with Ultimate's Echo Fighters, as well as the clones introduced in previous games' rosters. Obviously, they must have an altered version of an existing character's moveset, but there's still some flexibility to be had. An Echo Fighter may have altered animations for some attacks, as long as the basic function is retained - this can be seen with Dark Samus, who has different animations for her dash attack and roll, as well as Chrom, who uses a regular sword grip rather than Roy's reverse grip. We also know that they can have original Final Smashes, and that they can have moves taken from characters other than the one they're directly based on.

Some of Delzethin's picks include fairly popular choices, such as Funky Kong, Shadow the Hedgehog and Impa, but also some more unorthodox ones like Blaziken as an Echo of Captain Falcon. Each of these comes with an overview of how each one would differ from the base character in terms of overall playstyle, individual moves, and even a few possible aesthetic tweaks. The video finishes off with a list of honorable mentions that could potentially work as echo fighters, but whose chances are a bit more shaky - either due to their potential for an original moveset, or due to factors that might prevent them from being included at all.

Author's Note: Who do you think will make it into Super Smash Bros. Ultimate as an Echo Fighter? Who do you want to see the most?

Blaziken as Captain Falcon's Echo Fighter? That likely wouldn't work at all, considering that they're not from the same series. And of course, this would lead to roster organization issues if an option to sort the roster by series exists.

If anything, Blaziken could probably be a semi-clone.
Only issue with Hector is that he uses an axe, but of course Ike pretty much swings his sword like one soo

Liquid Snake and Blood Falcon could also work pretty well, Blood Falcon most likely or Black Shadow, will be his echo fighter
Blaziken would be glorious! I'd perfer him to be a unique newcomer, but I'd be happy if he made it in at all. I also really like the idea of including Dry Bowser as an echo of Bowser!
Ehhh, I don’t really believe in cross-series Echoes tbh. All Echoes so far share the same series as their “originals”. Ganondorf can be considered a semi-clone as of now, too, and neither Dr. Mario nor Lucas are designated as Echoes.

If anything, I’d prefer Black Shadow as a Captain Falcon Echo; same series, would be closer to Falcon’s physique, AND F-Zero would finally get its second Smash rep after 19 years. Win all around.

could potentially be promotion for a new F-Zero game too...pls
He forgot the best Echo Fighter of them all, Zero Suit Nairo!
Last edited: Sep 13, 2018
Why are we giving so much attention to this guy's videos? There are plenty of other content creators out there who make good smash discussion videos as well.
I'd love to see Twili Midna as a Zelda echo. It makes me sad that we lost the TP representation among the Zelda crew and that Midna's reconfirmed as an assist. She'd work with the animations, just change the effects to darkness and give her a Twilight creature to summon instead of a Phantom.

Also, I'm still of the opinion that Tails is a great choice for Sonic echo since Sonic's current kit is more based on the older games. All he'd need is different run animations, a different up throw animation, and Peach's float. I'd love to see Tails' spin attack as it was in Sonic 2 where he was an orange ball of fluff with a tail.

More realistic - I'd love to see Isabelle as a villager echo considering how important she is to Nintendo now. Plus I have a headcanon that she's got a serious dark side, and the axe-wielding Killager has nothing on Isabelle with a Death Scythe.
I'm a big fan of a Blaziken echo over captain falcon, it would work well. The only issue with this is honestly the roster layout, but I don't think that really matters in the long run. It would be a little strange, but you can say a lot of things about smash are "a little strange".
Who cares if a character echoes a character from another series? Why would it matter if it works?

And what are you guys talking about with the menu orginazation? They already had Dr. Mario, Lucina and Dark Pit separate from their franchises for no reason.
Well you got something right...(Isabelle)
Benjakshin said:
Well you got something right...(Isabelle)
Click to expand...
No, because she's not an Echo.
Ah yes, just checked that right after I sent that, sorry. But he still guessed her. Oh well.
Isabelle is a UNIQUE! She's fighter #68 !!

Click to expand...
Isn’t everyone cursed by that...and I do mean everyone
I'm sticking with tetra through and through I'm sure she can be a echo toon link
Dan said:
No, because she's not an Echo.
Click to expand...
This is probably just a guess, but the trailer was a clear giveaway that Isabelle wasn't an Echo Fighter. Chrom and Dark Samus never received any trailers, so it seems that Echo Fighters don't get the same kind of glory as all the other fighters.
This might be relevant:

https://www.youtube.com/watch?v=6SPLx4BzZqI
I don't think Blaziken would be an echo of Captain Falcon. This is especially considering the fact that echo fighters, traditionally, only ever echo characters from the same series. Ganon was the only exception to this rule as Melee had a very short development time and thus the team was constrained to implement him into the game.
To be honest a lot of this just looks like he got ideas from the reskins from the various modpacks.
Echos can share the same space on the select screen, so two characters from different franchises sharing the same space? not gonna happen, can we stop with this.
Last edited: Sep 14, 2018
THOSE FUNKY IDEAS!!! <3 This has been well thought over! Applaud! Like how he also gets Impa right, and the "less polarising" aspect of many of the Echoes is a great design choice to keep in mind. Hector as a Ike Echo is also a real cool idea.
Mario & Sonic Guy said:
Blaziken as Captain Falcon's Echo Fighter? That likely wouldn't work at all, considering that they're not from the same series. And of course, this would lead to roster organization issues if an option to sort the roster by series exists.

If anything, Blaziken could probably be a semi-clone.
Click to expand...
I would agree if Captain Rainbow didn’t fit way too well as a Captain Falcon echo.
Last edited: Sep 15, 2018
If Shadow makes it as Sonic's EchoFighter I am gonna change my name to match Shadow's.
Indiana Jones as Richter Belmont echo
I’m sorry, but I don’t believe that turning Impa into a echo fighter of Sheik would be doing justice to the character, She is so much more different and unique then Sheik, and putting her in would teachniaclly only be the fourth Zelda rep in game, the only non triforce member, and she deserves to be her own interesting fighter. Blaziken would just be a lazy choice as a captain Falcon Echo. If he is getting one, its going to be Dark Falcon or Blood Falcon. If Shadow makes it into the game, he will be a Sonic Echo, no doubt about it. I wouldnt mind seeing a newer pokemon trainer, with like Piplup as an Echo of Squirtle, Bayleef as an Echo of Venusaur, and Dragonite as an Echo of Charizard. Birdo could be made into a Yoshi echo easily enough with a few new moves to help with the differences with their mouths. I might be able to see making Dixie an Echo of Diddy, I just wouldnt like it because of all the differences they could make in relation to her hair. Finally, I believe our next big echo is going to be Ken, and possibly our last one too. However, I personally still want Ninten as a Ness echo as my number top pick over all other echo fighters. 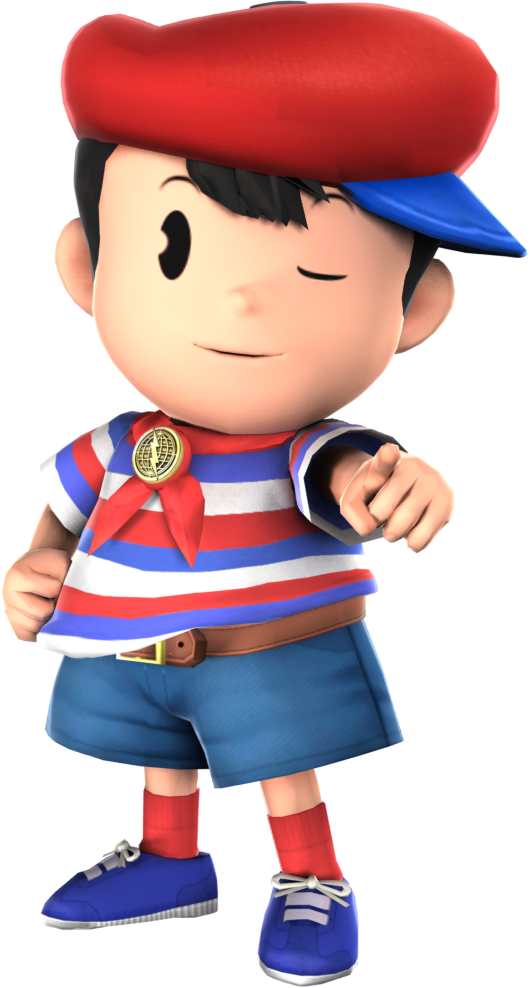