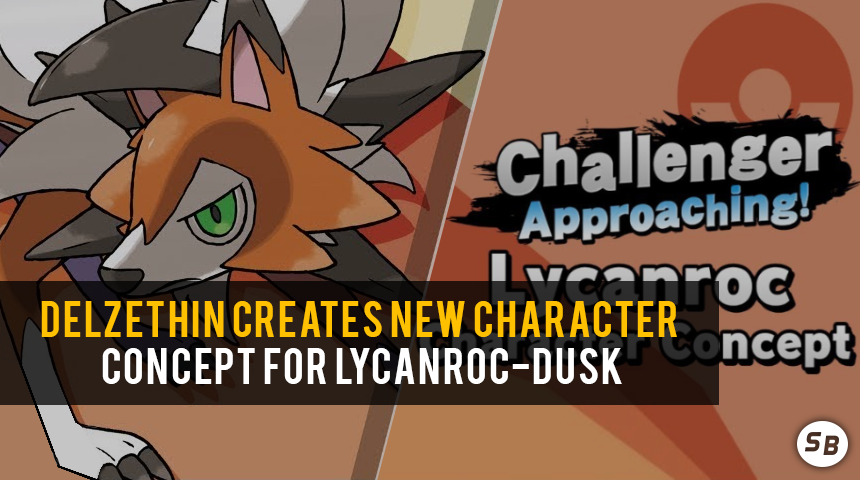 It’s been almost a year since his 14th full character concept Breath of the Wild Link, but the 15th concept and latest installment of Delzethin’s popular Challenger Approaching video series is here at last!

This one is all about Dusk Form Lycanroc along with some of Delzethin’s thoughts on speculation, particularly concerning how details we might not have been aware of can change the odds and how our assumptions on who’s likely to get in frequently are inaccurate as a result. The video goes over many things, including the factors influencing Lycanroc’s chances. Delzethin notes several things in favor of Lycanroc’s inclusion in Super Smash Bros. Ultimate such as the timing of the project plan and Lycanroc's prominence in the Pokémon anime along with other noteworthy pieces of information. These collectively challenge the popular opinion that Lycanroc is completely and utterly overshadowed by the fellow Alolan Pokémon Decidueye.

The character concept also goes over a number of other topics, like what Lycanroc’s alternate costumes could be like, what kind of playstyle Lycanroc could have, some moves this unique Rock type Pokémon could use, and it addresses a question I’m sure many of us have asked ourselves: could Lycanroc really grab and use items? To find out more and view an in-depth breakdown of what Lycanroc could be like, and a more detailed explanation on why this character has a solid chance, watch Delzethin’s video below!

Skip to about min 6 for the reasons of potential.

Skip to about 9 for the start of the video.

Skip to 14 for move set theory
Last edited: Aug 6, 2018
Considering that concept art for Dusk form Lycanroc likely never existed before the end of 2015, it seems very doubtful that it would ever be in the base game. And even then, Lycanroc as a whole may end up meeting the same fate as Zoroark; a Poke Ball Pokemon.
I don't really think we'll be getting a newcomer Pokémon. Sure, maybe as DLC, but not in the base game.
I like the idea and all the concepts seem pretty reasonable, but I think the development team is probably more interested in bringing in some 3rd party and/or popularity vote entrants.
Honestly I think lycanroc’s chances of making it in smash is 50/50 personally because of Decidueye don’t hate me of this. ( wow I feel so much better now that I got that out of my chest!) Also I am a big fan of dusk form lycanroc as you can tell by my profile pic. And lycanroc is most likely to make it to smash, gen 7 main guys! Cross your fingers everybody!
Last edited: Sep 10, 2018

xzx said:
I don't really think we'll be getting a newcomer Pokémon. Sure, maybe as DLC, but not in the base game.
Click to expand...