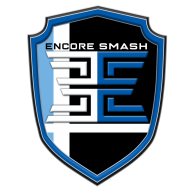 On July 19-21, the New Yorker Hotel hosts Defend the North: New York City's only Major Fighting Game Tournament! Widely considered to be one of the biggest travel destinations in the world, NYC is also home to a diverse gaming community with a rich and storied legacy. Don't miss out on the savings with pre-registration as it ends on July 12th. This summer, be a part of that legacy and register today!
Stay updated on all DTN2019 info such as tournament brackets, scheduling, announcements, streams and more by signing up for our newsletter!

Why Go to Defend the North?
- 20+ Tournaments for Current and Retro Games
- 30+ Different Games Available for Casual Play
- Arcade Room featuring Japanese Candy Cabs
- 24-hour Gaming in BYOC and Arcade Rooms
- 3 Days and Nights of Gaming for One Price
- Retro Events Crowdfunded via Matcherino
- Community-Run Side Tournaments
- Cosplay Contest with Cash Prizes
- Vendor and Exhibitor Booths
- Free Prizes and Giveaways
- And much more!

How Do I Get There?
The New Yorker Hotel is located at 481 8th Ave in Manhattan. Public transportation is available from all three NYC airports: Newark (EWR), John F Kennedy (JFK) and LaGuardia (LGA):
From EWR: Take the Airtrain to Newark Airport train station. Then transfer to a NJ TRANSIT train to NEW YORK Penn Station.
From JFK: Take the Airtrain to Jamaica Station. Then transfer to a Manhattan-bound E train and stop at 34th St Penn Station.
From LGA: Take the Q70 SBS Bus to Jackson Heights–Roosevelt Avenue/74th St (Guests coming from Terminal A must take the Q47 Bus instead). Then take an E train to 34th St Penn Station.


Where Can I Stay?
Get the most out of DTN and stay at the venue! Steps away from the Empire State Building and Madison Square Garden, the New Yorker combines historic charm with modern convenience.
This 4-star hotel features updated rooms with great views of the city. Amenities include a bar, 24/7 diner, and 24/7 fitness center.
Normally priced around $300 a night during the summer, DTN has secured amazing rates for all our guests starting at $147 a night! Click here to reserve your room! No deposit needed!
Update: 7/1/19 we now have addional rooms at the Double Tree. please click the "here" link above for more details


Capcom Pro Tour
Defend the North is an official stop on the Capcom Pro Tour! Win points for a chance to qualify for Capcom Cup 2019!

DTN After Hours
Play as late or early as you want with BYOC and Arcade Rooms open 24 hours ALL weekend long!

Jazzy Circuit Finale
FOUR Last Chance Qualifier spots up for grabs! Who will become the 1st ever Jazzy Circuit Champion?


*For more info on rules and regulations for each game, visit defendthenorth.com.
*These games are FREE to enter with prize pools crowdfunded through Matcherino.

Attending DTN as a fan? Curious to see what competitive gaming is like? Then grab a Spectator Pass which includes access to all games (including the 24-hour BYOC and Arcade Rooms) for casual play! Spectators can also enter community-run side events! Spectator Passes are $50 each and are valid all weekend. Visit Eventbrite to get one today!
Last edited: Jul 5, 2019
You must log in or register to reply here.
Share: Facebook Twitter Reddit WhatsApp Email Link
Top Bottom