So I lost pretty badly to a spammy Megeman. All he did was Shoot lemons and jump after the 3rd one, so when i try to go punish the end leg after the 3rd one i never make it since i get shot back. I sit in shield when he does lemons but by the time I let go of it he grabs me. sometime I jump OOS dair but it can only take me so far. I dont know how to deal with these kind of charachters I cant dash attack or dash grab with out him shooting some lemons to stop and then he does a attack right after, causing me to go into the air. Its so frustrating, that I Don't know if i should just use cloud for this match up. usually im able to rack up damage against with cloud, and it seems alot more easier for me to deal with but I really wanna stick with Meta knight and learn the tough match ups for him. have you ever came across a character like this? 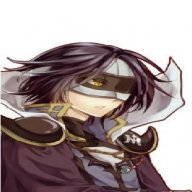 I have a lot of experience in this matchup, so maybe I can help you out.
I play this MU with the style : "pretending I forgot about stuff.
As a general tip, MK is almost always a baiter, someone who finds openings and punish hard in every one.
In this MU is no different, but I understand why you must be struggling, be aware that's not a bad MK MU, just be patient and try to follow the steps and your opponent options.

Megaman is the zoner type of character, so most of players develop a playstyle/flowchart, like the one you said.
You said he shoots three lemons and then reacts to your approach. The megaman player I play against rarely goes to the third lemon since it's a bit unsafe, so punish this third lemon.
I think you can shield the third lemon, advance into shield (since you say he does a attack right after) and punish this "right after move". You can also shield the third lemon and go to a dash grab ou pivot grab when he starts to shield your approach.
Be aware if you can shield the first lemon and roll into the following ones, if you can do this, see how he reacts.
Try some tomahawks (approach in the air, fastfall ->grab) before your percentage gets to high.
But most important, see how he jumps and how he cycle his game.
As I said, zoner type of characters usually goes to flowcharts, and MK have a lot of moves to punish this automatic options.
S.Loop is one of them, if you realize the opponent is doing a aerial after the third lemon, just run and S.Loop when his percentage goes past 100%. If you know how to do it, you can perfect pivot UTilt to cover this jump too from a safe distance.
Another option that can be used just to prove a point about the neutral game is Drill Rush.
D.Rush eats every single lemon and goes past them. If your opponent is so confident in the three lemon thing, I think you can punish him a bit with this.

Megaman will rarely die to ladder combo (Uair string ->S.Loop) , but is catched more than usual into USmash, back hit of DSmash and grounded S.Loop (OoS).
Remember that Megaman has no good options in the air when he is looking for you since his Fair is not strong and not safe, so you can put some pression on him and punish his mistakes in the air (airdodges, Fairs, overextensions in Uair) with your Bair or Fair hit 1 and 2 ->S.Loop/D.Attack.

The option you must forget you have until it's time is Dimensional Cape.
DC is quite underated against zoner characters, as one of the best anti-projectiles of the game.
You can punish lemons, jumping lemons, FSmash, metal Blade and sticky bomb with your Down B.
MK has a lot of options to punish Megaman with D.Cape, you just need to understand your opponent. Every single time he goes to two or three lemons he is dangering himself against Dimensional Cape.
Metal Blade is the same thing. Because Megaman is heavy, DThrow -> S.Loop looks like it can connect to kill and they're used to spam airdodge on this, you can even punish the airdodge with D.Cape.
I suggest you to save this to kill, as a response to the projectile game.
Remember that you have some nasty options from his metal blade.
You can jump toss metal blade directly into grounded S.Loop, and if you're confident you will hit the metal blade you can even throw metal blade and instantly goes to D.Cape. Metal blade is a good edgeguard too , since his recovery is vertical and without hitbox.
About his recovery, play safe if he is facing the other side (can hit you with Bair), but goes to Nair and Bair if the is coming from front. A lot of times it's better to wait in the edge and punish his ledge option since MK has S.Loop and Nado to cover this, but I found a lot of stage spikes Nairs against the Megamans I play against.
The secret to stage spike is to drop from the ledge, wait for the airdodge and punish with the backhit of Nair (past and below them) since it will knock them into the stage. They can tech, but you will take a stock or two before they realize.

Don't try to approach him at the edge when you have past 120%, he have a lot of projectiles but nothin that catches you in the another ledge, just don't die to the BThrow. It's too sad.
Good luck and don't forget your cape.

======From here read only if your opponent is someone who knows a lot of Megaman stuff ========
You need to learn how to not put yourself in situations where Megaman can kill you early with frametraps or strange followups.

Another setup who kill uns with easy is metal blade throw to Bair.
The secret here is not to dash directly in from of him when he is at some distance with a metal blade.
You will not be able to shield soon after the dash starts, and they will win a free win because you will probably DI poorly the M.Blade (you were dashing into him) and this will combo into a RAR Bair, that will kill us from around 95% or even less. This can be countered with D.Cape, but go to DC only if you're sure will hit because the UTilt punish kills us even ealier than this.

About the foostool stuff. Don't be footstooled OoS, so don't lose any frame directly in his shield with some laggy move as landing Fair or Nair. If you took the footstool, be patient and tries to watch what they're going for. Most Megaman players are not completely consistent with this so you will be able to tech or DI out (some Dairs) if you're calm. If the player you're against is relentless on this... I feel sorry for you, do your best to not be foostooled, there's not a lot I can help with this situation.
Last edited: Nov 6, 2016
B

New_Dumal said:
I have a lot of experience in this matchup, so maybe I can help you out.
I play this MU with the style : "pretending I forgot about stuff.
As a general tip, MK is almost always a baiter, someone who finds openings and punish hard in every one.
In this MU is no different, but I understand why you must be struggling, be aware that's not a bad MK MU, just be patient and try to follow the steps and your opponent options.
.......
situation.
Click to expand...
Wow thanks alot for the advice.
after the 3rd lemon he jumps in the air and does Metal blade,
He gets the most damage from me by simple grabbing because I usually just stay in shield or i just keep trying to dash attack him. I think its just me getting really frustrated.
I feel don't know if prefect pivot will help since he just jumps right after the 2nd lemon to avoid a grounded punish.
what about jumping over the lemons and landing with the nair?

Take a look if he jumps after the 2nd lemon or the third the most.
Megaman can't use any good/fast hitbox when he is landing facing you, so you can shield advance waiting for him to jump, and punish when he needs to land. If he tries to Fair you, it's quite unsafe.
The player I go against usualy jumps after one or two lemons two, so when his percents get over 100% I react to the first lemon with a jump+Dimensional Cape to where he will jump.
Remember that if he tries to metal blade you while you're dashing to punish the landing you can land a dash attack and grab the metal blade at the same time (using d.attack exactly when the blade is coming).
I would not recommend using nair to land since your hitbox is not too big and is not a move very fast to begin with.
Try some Drill Rush in a match to give him a warning and if he continues with the lemon span, verify if rolling or even USmash the jump can't catch them. It would be great to have a match to analyze.

Another option I had not mentioned before is that if you have a stock lead and he uses stycky bomb, you can take the bomb and time a UThrow that instantly kill you both. Not the most commom thing to happen into a match, but it's good to play with this in mind when you're in stock lead.
You must log in or register to reply here.
Share: Facebook Twitter Reddit WhatsApp Email Link
Top Bottom