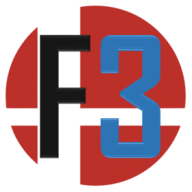 Thanks to everyone who attended this event! Everyone's cooperation helped us run it extremely on time and we got out at a reasonable hour. As always, it's a pleasure to run this event for everyone and I hope everyone had a great time. If you had a good time and want to do something small to give back, then head over to the Gamerz Galaxy Yelp Page and drop them a good review. The owner and staff of the venue were super accommodating to us and played a huge role in having the tournament run successfully. Give them a good review and like them on Facebook!

Without further ado, here are the results:


Videos will be uploaded onto the Texas Melee YouTube Channel (one million thanks to Noc for recording and live streaming for us). Subscribe to us!
Last edited: Feb 9, 2014
W 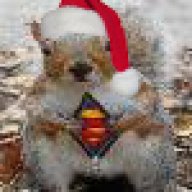 Joe, the Pikachu player, is good. 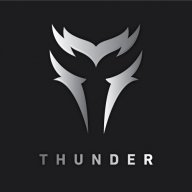 I had fun and I'm happy with my placement. My only complaint is the seeding. San Antonio was constantly playing San Antonio. SOS vs mono? SOS vs PK-Thunder? SOS vs Espy? PK-Thunder vs Skeith? Wut? I understand that Tio put it out like that so I'm trying not to make a big deal out of it, but sos single handedly took out half of SA. That being ignored, super fun tourney! @

MT_ I won't throw away the next game! Always a pleasure to play you in friendlies. seriously, I can never get enough. 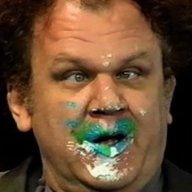 Disappointed that I got knocked out in 4 sets... but oh well. At least the losses were close. GG's Joe. I promise won't choke it away next time.

BIGJOHNSONxPWNS said:
Disappointed that I got knocked out in 4 sets... but oh well. At least the losses were close. GG's Joe. I promise won't choke it away next time.

RedGamer how bout dem combos
Click to expand...
we pepperoni'd everybody there!! shoutouts to dem combos! 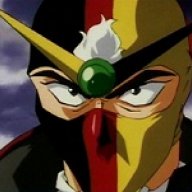 I played terribly this time. I'll do better at the next one.

kind of a first, but I don't have any shoutouts...guess I'll see you all at dime.

Austin scene is old/lame/jaded like that. Can't do shoutouts every time!

Regarding seeding: I looked at the bracket and I agree that seeding for SA could have been a little better. I didn't know Mono was SA; Skeith vs PKT wasn't the fault of seeding as that occurred so late into losers. SOS vs other SA players probably could have been avoided. Location seeding is something that has to be dealt with on a case by case basis and with a large bracket it's hard to see the bigger picture on where the distribution of OOC players are. Unfortunately TioPro doesn't seem to look past the first round when arranging seeding by location.

However, after analyzing how the location seeding was distributed (one SA in the first quadrant, 3 in the second and third quadrants, and one in the last quadrant) I think I'll have a better idea of how I can make location seeding better in the future. Thanks for the feedback! Hope to see you guys back at future Crescendos.

I had a lot of fun at this tournament! Enjoyed seeing everyone, streaming, and playing a few friendlies. I will try to enter the tournament next time lol.

I just uploaded all the videos I recorded: VIDEO THREAD

Honestly Seeding was only bad in the sense that SOS had to fight Mono first round. Which was due to you not knowing who Mono was. I will say that Nike was ranked too low, but I can't defend his performance at this event.

Actually **** it, calling SA out. If you thought seeding was BS, you are full of it.

Considering there were 5 top seed players in bracket(MT, Tirno, Arc, JF, SOS), SA fighting SA second round isn't unreasonable. You've been having some break out performances recently that suggest you were seeded lower then you should be, so I don't think the third round meet up was expected. Espy fighting SOS was more of he just got that far. Mono was the only wtf part of the seeding in SA and we haven't played him in 2 months. Also looking at the top spots, the only 2 under whelming performances from SA I see are Nike and Espy. Espy went all Samus(his new main) this tournament so his placing doesn't surprise me. Nike went on tilt after facing JF and that's his own damn fault.

I think the only thing that happened with seeding was that SA got low balled. Which to be honest is fair. We were not a relevant region just 5 months ago(1st Winter is Coming).

Again looking at that bracket SA makes up just under half of top 16. From what I under stand only Skeith was actually eliminated from the tournament by SA(Also by you). Just saying, we didn't meet in loser's all that much.