Changing Kirby's Neutral B to something else? 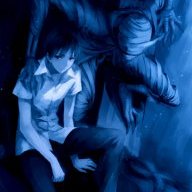 Thoughts on making Kirby's neutral B to something more useful. I know it's good for Kirbycide but I think all that does is teach my opponent to play safer at the ledge. I used it as a mix up when going for a short hop aerial but instead I would inhale predicting that they would shield. It was pretty spam-able and I could get free damage out of doing the spit attack. It's lost that movement it had because of Kirbycide. 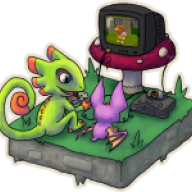 I personally would love to see the star rod projectile be his neutral b. It would be funny and thats about it for me! hahah 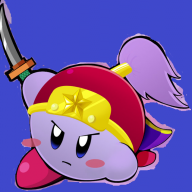 Why aren't you using Copy? There are a bunch of match-ups where getting it dramatically changes match-ups. Only match-up that I'm really reliant on Kirbycides is against Fox (seriously, screw that match-up).

Outside a really good projectile, I can't think of anything I'd give up Inhale for. And Inhale is Kirby's signature move, so I don't see that ever getting removed. 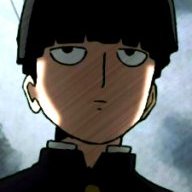 I dont understand what the OP is trying to say.

Are you trying to say that Kirby's inhale lost its viability because of the loss of air movement? Are you saying that its still too good so it should be changed? I really cant tell so im sorry if im like very far off.

If anything, i feel Kirbyciding should be even weaker of a tool or even removed almost completely. Starshot and Copy should both be more viable options out of inhale. Basically im saying Inhale should be designed how it was originally meant to be. It needs to be reworked so Kirbyciding is not the main strategy but buffed in its other two options; not just replaced entirely with a whole new move. Of course the other two options cant really be buffed that much, without becoming polarizing which is what no move should be. So of course Kirby's whole playstyle needs to be reworked imo.

I don't see how Kirbycide is still considered the main tool out of inhale in 3.5 outside a few match-ups. Recoveries are still overall better than in Melee and I think they changed the angle you release characters from so they aren't as easy to edgeguard. Ontop of that, you have the new ledge mechanics that make it near impossible to indefinetely camp ledges in regions without ledge grab limits. Also, some copy abilities are REALLY good on Kirby. Fun as it is to gimp Falco brainlessly, I'd rather have stage control with lasers.

When Kirby has a stock lead and is more or less close to the ledge, you will not see Starshot or Copy happening there with most Kirbys regardless of the matchup. Thats what i mean by Kirbycides being the main use for inhale, but now thinking back on it main use was probably the wrong phrasing for what i actually meant. What I mean is that it is still too strong of an option and should be a very VERY situational strategy.

As for his playstyle, it can be changed without it being too new and drastic. Any character that can be played basically with 5 to 6 moves needs to have a design upgrade imo.
Last edited: Apr 5, 2015

With only 5 ledge grabs before you lose invincibility and the Inhale nerfs from 3.5, I don't see how that strategy could still be so strong. Chudat (the one became infamous for it) has pretty much vanished from PM and the few Kirby's I've found haven't really been attempting it (or doing it with much success).

And how do you define a character as being able to be played with 5-6 moves? I mean sure someone like Jiggs has to be played with such a small amount of her moveset since most of her moves are garbage (she could use a redesign, but IDK how much Jiggs players are willing to compromise to keep it all balanced). Kirby though? Every move has a use except maybe U-throw. 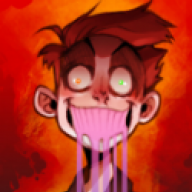 I main Kirby in PM and I use it *all the time*, and would probably instantly drop Kirby if he lost it - not that I imagine the devs ever will change a character on that fundamental level unless they sorely needed it/were trying to stop them being a clone of someone else (I figure giving Ganon the float was the final step in separating him from slow/hard hitting captain clone).

Another point I'd like to make is - I use the copy ability at high percentages too, as should anyone who wants to - if you catch them mid stage, get some use out of it, if you want to swallow someone, you're going to need be at the ledge anyway and if you run off you can taunt-cancel to drop it. I've got a fair few surprise edge guards out of running off, taunt canceling and then dropzone-swallowing someone :>

Not to mention, OP saying it just trains people to stay away from the ledge - it gives you a perfect way to interrupt recoveries. You just need to learn where peoples jumps take them/what angles they want to approach from. It's an obscenely versatile move and an absolute staple of what Kirby is as a character, and lets him get away with murder off the ledge as people wind up being terrified of coming near him. Could not disagree with getting rid of it more if I tried.
Last edited: May 20, 2015 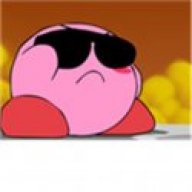 Beats a fair bit of attacks. Example is a lot of wario's attacks lose to it including the annoying Forward B (the wario bite power works very well in this fight to)

It is a useful way to approach people trying to shield grab and it does 9 damage with starshot. Can be followed up with another inhale or attack if you read the DI and people tend to DI up and away on first starshot.

A lot of people actually make a point to not edgeguard kirby because they are to scared of being kirbycide. Just showing them you have the option of kirbyciding will help you get to the edge.

Inhale releases of course are also lovely on fastfallers that have gimpable recoveries or panic to much. You can cancel the release knockback if you jump and land right as they are being released.

Lastly, seeing their face and reaction when they are kirbycided. I wouldn't trade anything for it.
Last edited: Jun 2, 2015 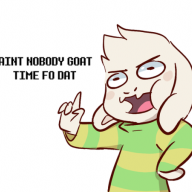 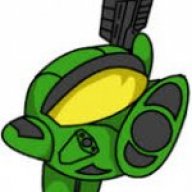 I would like to see more uses for inhale, honestly. Like what if you could inhale projectiles and starshot back? Or if starshot set up for decent follow ups like Wario's bite? The main issues with inhale, for me, is that it's very punishable if you don't connect and that getting the inhale doesn't set up for anything so it's just damage. Kirbyciding isn't as amazing as people make it look, if I go for it on ledge and miss then on top of getting hit by something pretty hard, I also have to deal with my opponent assuming I'm trying to be disrespectful or cheeky. Kirby should keep inhale but it's uses are pretty lack luster for me. 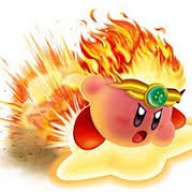