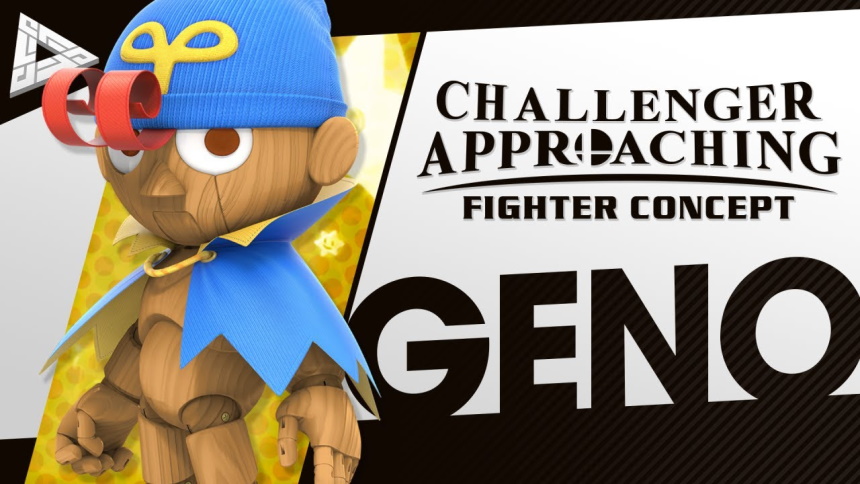 With Min Min out and no news about the next DLC character in sight, things have been pretty up in the air about who's going to make it into Smash next. Amidst all of this, Delzethin has gone back and revisited one of his earliest moveset concepts with a new spin on the character.


Rather than the more long-range keep-away approach that he took with his first take on the character, Delzethin's newer moveset concept envisions Geno as a mid-range footsies-based character, with a strong focus on careful spacing and precision pokes.

As with many Geno moveset concepts, this one has an action command mechanic associated with it, based on the timed hits of Super Mario RPG and the action commands of the Paper Mario and Mario & Luigi series. Most of his moves, a handful of exceptions, have a timed input associated with them that increase their damage, knockback and in some cases range, at the cost of having additional endlag.

Delzethin also notes that Fighter Pass 2 may be the best chance Geno has ever had of making it into Smash. We've already seen a clear pattern of Sakurai revisiting and revising old concepts that didn't make the cut in past games - including the return of every past Smash character in Ultimate, including fighters cut from Brawl and Smash 3DS/Wii U, the return of most past stages and the addition of Ridley, King K. Rool and Banjo after over a decade of requests. It just so happens that not only is Geno in the same camp as those other four characters, but Sakurai has also voiced an interest in including him in Smash.

Author's Note: How do you think Geno would play in Smash? Who do you think will be the next DLC character? Let us know in the comments.

Still think the next DLC character is Isaac. Spirit rule broke, AT is next
Looking back a little, and im just so glad its not twintelle, of course i knew it wouldnt be, the main character always comes first...
i think shadow queen will be next.
Geno would be an incredible addition to Smash
Nice very good hope Geno gets in!
Besides the fans wanting this character, I still can tell Sakurai would be pleased to add this character he's been wanting to get his hands on for a long time.
With all the zooners, especially after Min Mins incredible reach, I like this new approach.
Does anyone else have trouble listening to the video because of the narrator’s over the top voice modulation?

I hope this doesn’t come across as mean - curious if this is just a “me” thing
A timing mechanic would fit perfectly with Geno's character and would be interesting. Also am a fan of SMRPG so that's a double plus for me.
You must log in or register to reply here.
Share:
Facebook Twitter Reddit WhatsApp Email Link
Top Bottom