Bomb setups with other characters (for doubles) 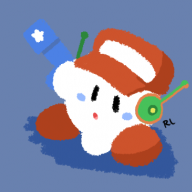 So I was curious to see what angles we could send Link's bomb with other characters. Link can do a lot of useful setups with his bomb but I'm sure other characters can get some interesting angles if Link gave his bomb to his teammate in doubles. With some labbing I was able to get some interesting angles with certain characters. Here are some notable setups I've found so far, like angles that Link can't get alone (sorry in for not having clips of any of these, I have no good way of recording it):

Ice Climbers - You can get some good angles if Nana is holding the bomb (if Popo is holding it you can do a z-drop to switch it to Nana). Once Nana is holding it, simply doing an utilt will hit the bomb in an interesting arc. It doesn't go far but it's consistent and might throw people off guard.
With Nana holding the bomb, you can also launch the bomb pretty far by timing a nair, but the window is tight and the angle is pretty much just a stronger throw. You can get a similar result by just using their side b on a grounded bomb.
Their neutral b on a grounded bomb sends it at a good angle too. I think Ice Climbers have a lot of potential with this.

Pit/Dark Pit - His bair has a surprising angle, for example, down throw (throwing the bomb down) > bair can send it at a high arc. Also depending on where you hit the bomb, down throw > dair does a similar angle but goes a bit further and faster.

A lot of the characters I tested had good setups that were pretty similar to Link. I didn't go super deep into this but I just wanted to get the idea out there. I'm not sure exactly how useful this would be but maybe it can make for some funny clips in doubles or something.
You must log in or register to reply here.
Share: Facebook Twitter Reddit WhatsApp Email Link
Top