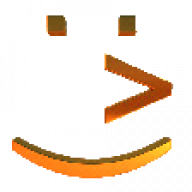 I guess this is where people post shoutouts and stuff too. If I've missed anything or gotten anyone's characters wrong, Let me know and I'll edit it

Shoutout Time!
G~P: I'm going to give myself a shoutout because I'm an egotistical prick, anyway, Good **** to me for being the only guy to not lose a game in pools, And for having the best hair now that Deon cut his. #delusionalvanity

J.Miller: Well Done on winning the tournament completely undefeated in sets, I would have liked to have given you a match today because I was really feeling on point. I guess I'll have to stay in winners long enough to face you soon. p.s: Quit calling me bad

Cong: I would like to point out that-on the stream-I said I didn't think it was right to make you a top seed when making the pools with current placings. And now I'd like to say I was 100% wrong, You really stepped it up today man, Great work. I'd like to get another game against you at some point as our set was too damn close. (I'm banning FD next time)

Sinth: I'm currently filled with a mix of Respect for the good match, Salt for screwing up the guaranteed kill, And a bunch of other things. But above everything else, Great work on taking 3rd place from me, You leveled up during the day between us playing in pools and us playing in losers semi's. You keep getting the one-up on me in tournament, I need to repay the favour to you when it really matters

Loz8Ichimaru: Once again, A great set between the two of us, But I think it's safe to say our match was one of the most boring, slow, methodical matches to ever exist, Even by brawl standards. Thanks for running brawl this time, It let me actually warm up for tournament for once and it really showed. also thanks for housing me.

The New (r)Age Outlaws: Well played on beating Team guaranteed Money for 1st in doubles, I think if you two continue teaming together you'll become the team to beat for sure!

Deon: Mah doubles partner, we had a good (albiet short) run, Good to see you again, even if your hair has taken some minor damage

Pafos: Nice to see you Attending once again man! this tournament wasn't really your day sadly, but you can put it down to rust johns. But hope to see you attending regularly again!

Teronuke/DX-17: You guys have improved since last tournament for sure, Good to see you around, and well done to DX for getting out of pools, even if you had to forfeit

Bowie: Thanks for co-commentating the doubles finals with me! Also congrautlations for being the only low tier to get out of pools (even if it was on a technicality). Keep doing what you're doing at gamerdisco, I'll have to come and crash it at some point!

Bullet Bill: Thanks for letting yourself be hindered by having me as your doubles partner I learnt one major thing from this experience, and that was that prof is broken at this game.

Dom: Cheers for taking ALL the photo's, They're great ^^

Jake: Good to see you attend your first tournament in however many years, Bad luck with the tournament, but once you de-rust, I don't think you'll struggle too much to reach a decent standard, Also if you want to play melee, you go for it. you have decent skill in both games after all!

Legit: Nice of you to come along, Glad to see you gradually removing the wifi-warrior title from yourself, Anyway, great job on getting 1st seed in your pool and I enjoyed hating on duelist pro with you at the end of the day!

Flame/Shay of the cambridge Dojo: Sad to see you flake from this, Guess We'll have to be the complete crew next time!

To anyone else I havent shouted out to, I still love you, Just not enough to remember you at this late point in the day 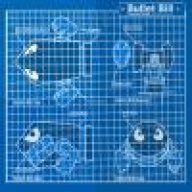 It was great to see everybody. All I'm gonna say is I'm well happy with my PM performance and I NEARLY beat Alpha Dash after losing 3-2 and him having to resort to melee sheik
You must log in or register to reply here.
Share:
Facebook Twitter Reddit WhatsApp Email Link
Top Bottom