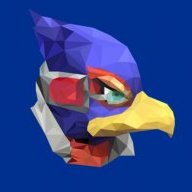 I was playing a higher ranked player and when I asked for advice, he said I should work on baiting my opponent out more. He gave me one example, but I cant think of anymore options. What are some common ways to bait out opponents (doesn't matter the character)?
M

You bait people by making them think it is safe to do something when you know better that it isn't. This can be done with attacks, positioning, movement, etc., but really you use a combination of all of those things to achieve a good bait. Simply naming attacks that are common baits wouldn't be good for you, I feel, without diving into the reasons why they end up being good baits.

I'm going to assume you want Fox related answers, though if you main Falco like in your profile pic he works similarly. A classic example is a dash dance bait - you make them commit to an approach, dodge it, and punish them for missing. This would obviously be an example of a movement-based bait (with positioning as a factor). Another example is a Shield Grab bait - you hit their shield with a seemingly grabbable attack, like an aerial or a jab, but you're spaced well enough that the grab misses. OR, if you cross them up (land behind them so they can't grab.) That would be a pretty even mix of all three bait types in this write-up.

Fox can't auto-cancel the way Falco can, but a spaced Bair can provoke your opponent to commit to an OoS option that you're ready to punish, such as if they spotdodge, wavedash, or attack OoS. If you know what they're likely to do, you can try to make them do it.

I would suggest watching some sets with Foxes and see their decision making. Every time they get an opening, go back and analyze how they got it. See if they made their opponent make a bad approach, how they did it, and see if you can apply it into your own play. 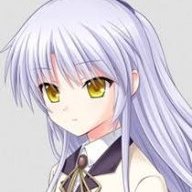 Thats a pretty broad question, baiting can be defined in so many ways, listing a couple of examples doesn't really give you a good view of the concept, understanding how a bait works is a fundamental of any PvP game. I think you should try understanding the fundamental concept of it and then work on creating scenerios on your own or look for situations through analysis.

What is a bait? Putting yourself in a situation or showing a specific interaction to condition the opponent into doing something specifically. Also understanding what your opponent wants is good to create a bait.

So a bait can be created from any situation pretty much, rather it be during an edgeguard and putting yourself in a spot that makes it seem like you are going to cover a certain spot to get them recover in a different way that you are actually going to cover, moving with a certain range to get your opponent to react to your positioning that you are looking to punish, or using the drift on your jumps to make it appear as if you are approaching them and get them to try to whiff punish.

These are very simple examples but I hope you have a better understanding of the concepts and can work on developing it on your own in the future. 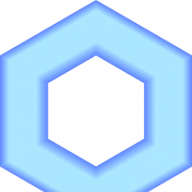 A simple bait for all characters is just to do a really unsafe run towards your opponent so they will they shield then grab or f-smash (basically, they will try and hit you) and you can instead wavedash back and the dash and grab/attack. Also, a less safe but with a better reward is that if you think they will attack and not grab, and you know that it is safe to crouch cancel, crouch cancel instead.
You must log in or register to reply here.
Share: Facebook Twitter Reddit WhatsApp Email Link
Top Bottom