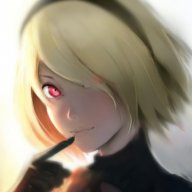 I swear, running into other Ridley players online is a blast. So far, the other players I've run into either dance around at the beginning of the match, crouch taunt, or do something else silly to show their excitement for spotting another Ridley out in the wild. When the actual battle starts, it's not only stylish, but also kinda brutal. There's fireballs all over the place, and someone wants to land that tail stab, a blow arguably as devastating as Warlock punch, but more humiliating. The off-stage fight is nuts, too. We're just flying around trying to gimp one another. The whole thing feels like a flying Kaiju battle.

Ridley is a new character with a developing meta, and I'm always learning something in a mirror match, while also trying to show off my own tricks. Anyone else feel this way during Ridley mirror matches? They're so fun. They're probably my favorite in Ultimate (it used to be Peach dittos in previous games).
You must log in or register to reply here.
Share:
Facebook Twitter Reddit WhatsApp Email Link
Top Bottom