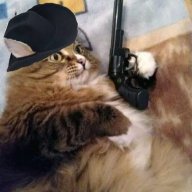 Here ya go!
For comparison here were her S4 Hitboxes:
Jab 1 no longer covers Bayonetta's back, and no longer goes so low

Jab 2 is much smaller and no longer covers Bayonetta's body

Jab 3 is now one big hitbox, and is argueably bigger

Dash Attack is slightly more to the right, giving it a bigger disjoint.

Final hit of up tilt is much smaller, with no compensation for the previous hitboxes being more to the right which may be the cause for falling out.

Dtilt has more smaller hitboxes in place of less larger ones

Ftilt 1 is nearly identical but covers slightly less of Bayonetta

Ftilt 2 doesn't go as low as before

Ftilt 3 is slightly less on the outside side, slightly more on the top, still a giant janky mess.

Up, Side, and Down Smash cannot be compared as we don't have the exact S4 hitboxes.

Nair appears to be identical, held nair has a very small blindspot (basically nonexistant) that the S4 version didn't

Uair starts ever so slightly later, making the beginning trail not line up with it.

Fair 1 has less range on the top and bottom

Witch Twist has a smaller hitbox on her, it is less behind her and is the reason she can no longer hit behind her. The later hitboxes are smaller on both sides, and have much less vertical range.

ABK wasn't provided and I can't make judgement on it.

DABK seems identical to the 1.1.6 hitbox. DABK landing was not provided.