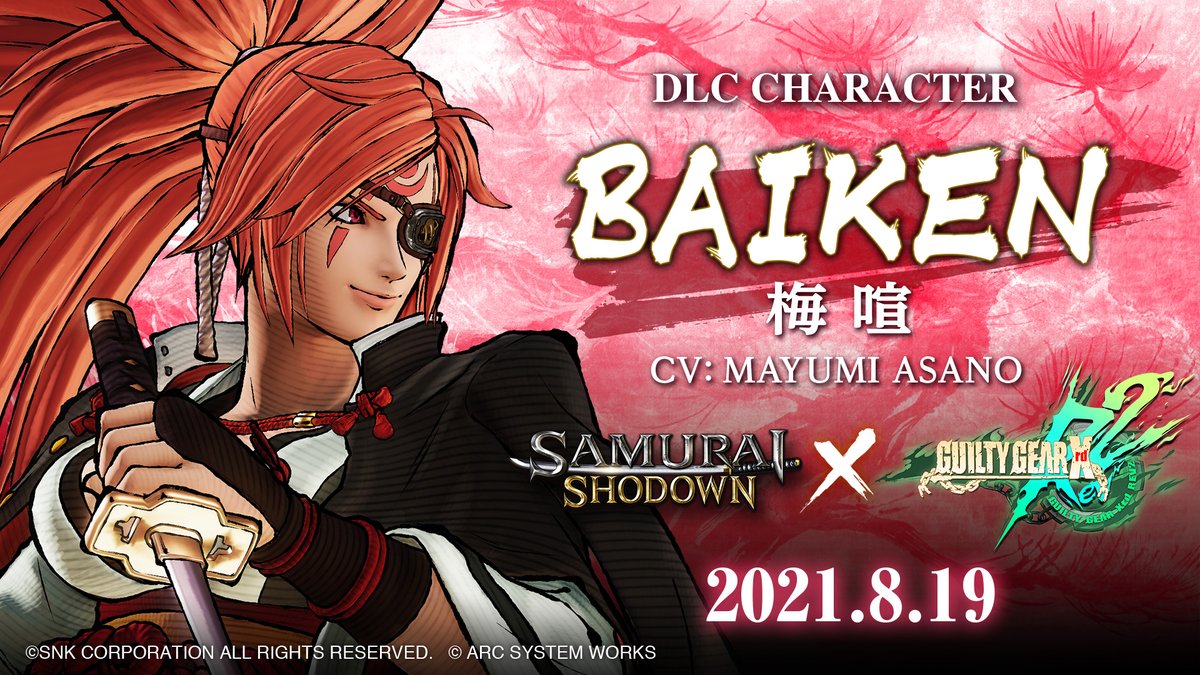 SNK has announced their final character for Samurai Shodown - Baiken from Guilty Gear series. Baiken will be the last character from Season Pass 3, and joining the roster this Thursday on August 19th.

The trailer can be seen below:

Author's Note: Wow, between Baiken and Blissey (Both B's!) there are a few new additions htis week. I don't place Samurai Shodown, but have been wanting to try Guilty Gear. Do you plan on playing Samurai Shodown? Let us know in the comments below!