Why should you come? It's going to be awesome.

REAL layout of roads, not to scale.

Use to find location of tournament from the parking deck.

There is no such thing as parent johns, gas johns, or last-minute johns. You have two months to plan ahead, so you better come.

Who can come:
ANYONE. In-state, out-of-state, out-of-country, doesn't matter. While there won't be any place to sleep in the building, there are plenty of hotels/motels nearby (and some of them very cheap).

I ask that you let me know if you are coming. If you do not come and live in NC, south VA, or East TN, you will miss out.

Brawl Singles. Standard ruleset for brawl. Brawl will start after melee, and depending on time, there will be a freeplay break before brawl.

Brawl-related rules:
Stage Legality:
We have ran what the SBR suggested on legality with the counter/banned open to counter and the starter/counter as starters. We have noticed gamer's edge judgement http://www.smashboards.com/showthread.php?t=212090 and herb http://www.smashboards.com/showthread.php?t=208312 are running a significantly smaller stage selection than we normally run. We are wondering if we can get some input on your thoughts in addition to general feedback/opinions of past tourneys (Billfests, etc...).

Bans:
-mk's cape glitch
-d3's standing infinite (possible) as of right now there is no official decision by the SBR, but there is http://www.smashboards.com/showthread.php?t=208288 which may/will have an influence on a possible decision. *As of right now* the standing infinite will most likely be banned for this tournament however small step chain grabbing will be legal (to my knowledge there's the possibility of tripping)
-infinites past 300% (to prevent stalling). This includes everything from marth's dtilt lock to d3's chaingrab
-The standard bans like stalling and whatnot

Some banned/restricted moves will be legal, like falco's laser lock or ic's chain grabs.

Friendlies. There will be many friendlies. Many. If you leave without playing lots and lots of friendlies, you will be hated and scorned.

Procedure
Before entry to the venue, you will pay the guys at the signup table. You will pay the $5 for the venue fee, and then $5 each for each of the singles tournaments (you will pay later for doubles if there is time). There will be a signup sheet for each of the singles tournaments; you are to sign your real name (first and last), and then an alternat tag for yourself that you would preferred being called for your matches (i.e. I would write "Sengin" in this column). If you are going to be in both tournaments, then you need to do the same on each sheet. You will probably get a wristband; this means you are allowed into the venue. This is to make sure people have paid; IF YOU DO NOT WEAR YOUR WRISTBAND YOU WILL NOT BE ALLOWED TO PLAY A MATCH (unless you have signed up for a tournament, this is mostly for the people who are free playing the entire day). The melee tourney will be played, then lunch break/free play, and then brawl. If you place first, second, or third in a tournament, you will have to tell me (or another official, but probably me) your address. Your pot winnings will be mailed to you (we cannot give out money during the event or the university will consider it gambling and will get us in a heap of trouble).

Set-up Information:
We already have at least 10 TV's, 3 ceiling projectors, and 5 wall projectors. However, we are short on the cubes/wiis. We will need people to bring cubes, wiis, melee/brawl disks, and memory cards. I am working on reducing the fee if you bring a set up. You can certainly bring TV's and/or recording equipment, but we already have some TV's and are in more of a need of consoles/games.

This is also BYOC (Bring Your Own Controller).

If you have any questions, just ask in this thread. If you are coming, please post in this thread with the number of people you will be bringing, and let me know if you can bring a set-up.

Oh, and if this goes really well, there will likely be another one in April.

Some new info: We are sponsored by Rockstar and Bawls now, so there will be free bawls and rockstar for those who have paid the venue fee.

NOTE: not including the ones who haven't said anything, the ones from Western University that I haven't heard from, the ones from Virginia Tech (I messaged all the gaming clubs there), and the ones around here that show up to Gaming Club functions

Oh, if you're bringing a setup, let me know and I'll add it to the list above. 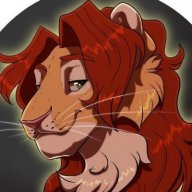 This stuff is amazing...I only wish there were Brawl singles...

Nevertheless, this is uber amazing. 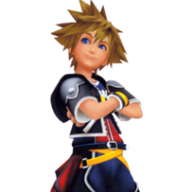 Sounds good bro. We'll see how my parents are around that time aight =p?
S

Hey, no parent johns. But seriously, it's good to see your parents listening to you. You'd better come! Oh, and bring the recording equipment, I'd love to get some vids up. 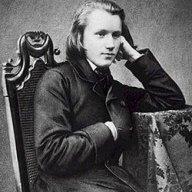 I can bring a Wii with Brawl and Melee. I could also bring a TV, but we'll see if you actually need any based on what we hear regarding setups. You probably wont need more.

I'm confirmed as coming unless other plans come up. But if I'm free I'm there, with 1-3 others. Should be able to bring 1-2 more Wii's with Brawl and Melee amongst us.

I'm thinking it'll be mad tough to try to convince them after two days OOS, but it IS a 4-day school week afterwards, so maybe I can get stuff done.

As for a setup (if I go), I can bring a TV+Brawl+Melee+Wii+Cube+VCR.
S

do you have an exact address? I'm tryin to mapquest this **** lol

oh, Put NC in the topic title so all the NC bros will look at it. I never look at any tournaments that dont have North Carolina in the title lol

And put this in the big tournament thing...the "Tournament Listings." Try to make this thing big. You said it's a big venue, so...yeah.

All Singles >>> All Doubles

Doubles are fun and all, but if I can only pick one, its singles. 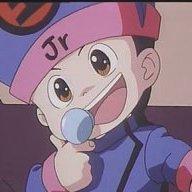 I can possibly bring a Set no T.V 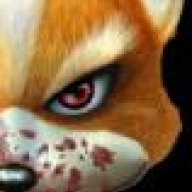 i wish this was sooner.

but i'm so hyped already!

we need OOS at this, just to make it more epic. also if i play a bunch before this i could probably place.
X

I'm coming to get drunk and rock climb
S

Foxy: I've got this listed in Atlantic North and Tournament Listings, so I'm really hoping to get some nice out-of-state representation here.

Zap: you better mean "coming" as in "coming to the tournament" and not "coming to boone." 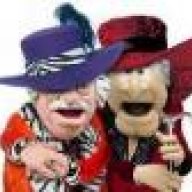 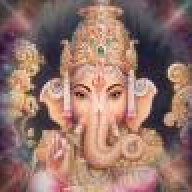 Location
Dance to express, not impress!

Hey, Raleigh smash, take me to this!

Sengin, basically everyone has said they'd rather have singles then doubles. 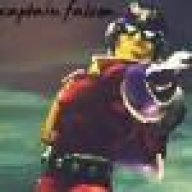 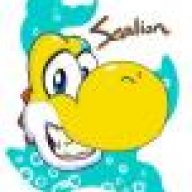 this better be singles, i have a few rematches i need to take care of with a couple of you guys...from a long time ago. anyway it will be worth more if its in bracket.

slim possibility i could give you a ride, lawlz

just seein what i can do.
S

Ok, ok, everyone. Calm down. I'll do what I can to make it singles. Now ya'll better come on down now, ya hear? </creepy>

no, not what you can. 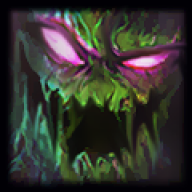 Does that mean "YES I AM COMING" or "I CAN MAYBE GO IT DEPENDS ON STUFF LIKE JOHNS" or "I WISH I COULD GO BUT I CAN'T"?

I'd most likely be able to go and bring the crew with me. The only reason I could think of that would prevent that is parent Johns but seeing as how it's so far out that shouldn't be much of an issue. 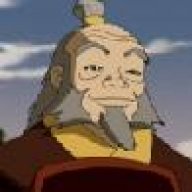 I'd like to go. We'll see how funds are though.

Location
Dance to express, not impress!

stingers135 said:
Sengin, basically everyone has said they'd rather have singles then doubles.

**** you. doubles is the best thing about smash. 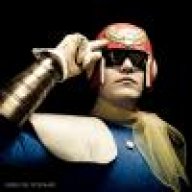 Actually this isn't as far as I thought but I don't think this is possible for me. Again if any G'boro bros want to go just provide gas money back and forth and I'll take you.

Edit: Actually **** that, i'll have a new car by then so the only thing that can stop be might be a job if I can get one.
M

Me and about three other people are going to make it for sure. well, as long as you dont get rid of the melee tourny.
S

Do not fear, I am definitely not getting rid of the melee tourney. The only thing up in the air right now is whether it will be brawl singles or doubles.
S

Hey, just letting you guys know that from what people have told me in this thread and the one before it, so far, as well as people I have talked to personally,

forty-eight (that's 48) people are coming. This does not include the many people who have said "maybe."

We can make this bigger. Bring it.

Please let me know what tournaments (melee, brawl, both, or neither (just coming for free play)) you will be in.

Up the entry fee for melee/brawl singles to $10 plz 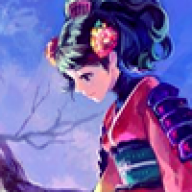 I'm a little confused by the prizes. Are they already set, regardless of how many people come and how much the entry fees are?

If I end up coming (which is likely), I'll definitely enter Melee and *possibly* Brawl if I find a partner.

I think he means he just needs to pay for the venue before people come...or something.

It's simple. Prizes are set (that's why it has the dollar sign). And yes, the venue and prizes have to be determined beforehand. If we were to play for a pot, then the university would consider it gambling, and that is against the rules (which means I couldn't hold this tournament).

If you want bigger prizes, then come to this one and bring all your friends. If this is big, then I get to up the ante for the next one (likely April 25th) because the club will have the money from this one.