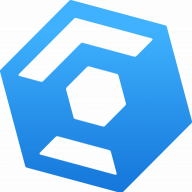 Antistatic is my take on an uncompromising platform fighter, mechanically inspired the most by Melee.

It's been 7 years since I started working on the game in my spare time, building its engine from the ground up. This past year, I decided to take development seriously and reached Early Access on January 24th. The online multiplayer prototype was released yesterday, following the well-known difficulties around adding online into an engine that wasn't built for it from the start.

There's native support for the official GameCube adapter, which is the suggested way to play, but 360/XB1/PS4 gamepads can be used as well.

The mechanics and physics generally resemble Melee. Characters mostly fall fast, there's a healthy amount of hit stun, and players are able to wavedash and l-cancel. My goal and philosophy is to embrace all levels of play without sacrificing the amazing things I love about Melee.

So far, there are five characters, named after elements: Silicon, Iron, Carbon, Helium, and Xenon. Silicon will feel comfortable for space animal players and people who enjoy fast tech skill. Iron is a combo-focused heavyweight. Carbon runs fast and hits hard. Helium is the slowest faller and is my twist on a semi-floaty character. Xenon is a double-jump cancel character where I dumped a mess of weird mechanics. The ten stages are largely undecorated, and several of the layouts will look pretty familiar.

Aside from the character roster, the main diverging feature is the energy system. Shields are tied to energy, which is consumed or used by most specials, l-canceling, and while holding. Shields also have two stun phases: the first behaves like normal shield stun, but the last stage allows rolls and spotdodges in order to escape combos that could otherwise break shields. A big theme of the other changes is quality of life improvements: no smash turnaround, wavedash can be buffered out of a jump, UCF-inspired shield drop detection, etc.

I'm looking forward to working on more features and characters, and appreciate any and all feedback. I can answer any questions. 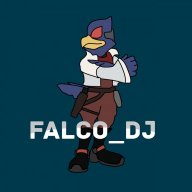 Awesome work! This looks really good and if I had a pc I would totally play!

Falco_DJ said:
Awesome work! This looks really good and if I had a pc I would totally play!
Click to expand...
Thank you! Maybe some day in the distant future I'll be able to bring it to consoles, too.