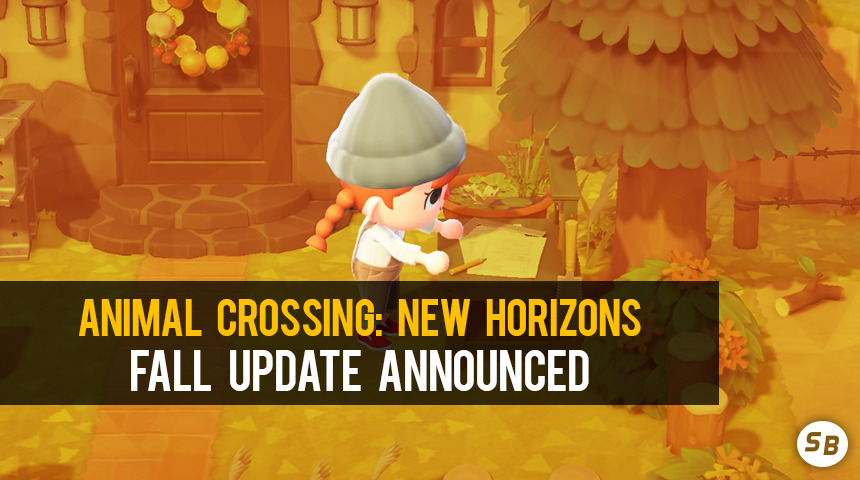 Nintendo recently revealed their spooky plans for the popular Animal Crossing: New Horizons which is set to start on September 30th. This new update will feature tons of terror-inducing content along with a Halloween event on October 31st.

A few tidbits of info was revealed in this trailer which included new clothing options, DIY items, and even a new character!


Players can now grow pumpkins in order to craft DIY recipes such as scarecrows and jack-o-lantern lamp posts! This will certainly give any island a spooky and festive theme! More over, players can customize how they look by wearing various kinds of spooky make-up and costumes. The Halloween event will be held on October 31st but you can prepare for it by buying candy from the store, decorating your town, crafting your costume, and even eventually meeting Jack, the Czar of Halloween! At the event, you can give your fellow animal villagers treats and show off your ghoulish costume. Included in this update is a new reaction called Haunt which is perfect to scare your friends with.

The trailer also teased two new updates coming soon. The first update allows players to use NookLink to easily perform Reactions and will be released in late October. The second update is a new free update is planned for late December and will (most likely) feature Thanksgiving and Winter events with both Franklin the Turkey and Jungle the Reindeer appearing. Make sure to download this update so you can partake in all of the ghastly activities!

I love this update personally. Everything about it looks so much fun and I’m so glad I finally picked up the game.
Every AC update fills me with happiness
You must log in or register to reply here.
Share:
Facebook Twitter Reddit WhatsApp Email Link
Top Bottom