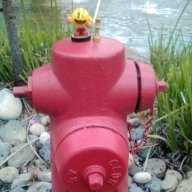 Thus a no healing run has a base of 184K for the Clear bonus, tripled to 552K on Hard difficulty. Yeah, unfortunately, there is no bonus for avoiding usage of healing items, which I don't know why because even the Maxim Tomato significantly helps in dealing with the likes of Stage 6 which has a general demand of cat-and-mouse with all the characters who have a kill projectile.

At least this is a day and age where recording videos provides a way to work with the bragging rights of a no healing run. That said, if you only care about retaining score, the Maxim Tomato is easily the most worth coughing up, and then the Fairy Bottle after that.
You must log in or register to reply here.
Share: Facebook Twitter Reddit WhatsApp Email Link
Top