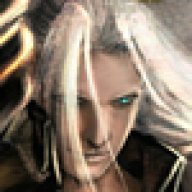 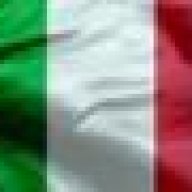 Work on your CGing a little more the Falco in the first match seemed to get out of it a lot.

You seem to be Technical which is good but you need more Mind Games.

Also it is insanely helpful to learn to Power Shield Falco's Lasers because it effs up his approach a lot and he gets stunned for a free grab.

Limit the rolling and use more WDing out of the shield.

Okay, I'm watching you against Falco on Dreamland.

At 0:13, you shoulda fthrown him. Uthrow would obviously have taken him to the platform, where the most you'll get is probably just a utilt, since Dream Land platforms are so high up.

Anyway, after the fthrow, it'd just be tech chases. If they tech in place or away, run up and grab them, fthrow to dtilt and there's the edgeguard. If they tech behind you, pivot or turnaround grab, dthrow, and it starts all over again.

Speaking of pivot grabs, they're good to learn to use.

At 0:29 you shoulda done what Taj calls "blowing out the candle". Basically, just go out there and hit him with the Dancing Blade or a fair, and he dies. Simple stuff.

It's cool that you can wavedash out of shield, but maybe you should consider doing something other than wavedash fsmash. It's kinda predictable after a while.

If you're having trouble with the chaingrab, try fthrow to regrab to uthrow. It'll give you a little more percentage and therefore, more time to react.

Wow, DI out of Falco's combos. Don't let him just smack you around.

Dash dance to wavedash to shield with your back to Falco? Seriously?

My DI and mindgames suck *** lol. It sucks that I live in Finland, where there's a tourney like, once a month at best.

What other options do you have when you're in a shield against a Falco?

I like to mess around hence the DD -> WD -> Shield

Buffered rolls work pretty well, and if the Falco's in front of you while pillaring, you can always grab him, even if he's doing it perfectly. The trick is just knowing where the window is. I generally wait until right after the shine, but it's variable depending on the rhythm of the Falco.

Ok so I watched your first two matches. You need to work on your speed, your Marth is a little too slow. You can increase your speed by reducing missed L-cancels. The coolest part about Marth is that he can dash away after performing SHFFL fairs/nairs ect. Another thing is your edge-guarding. I can go on and on about edge guarding. So if you have any particular question, just ask. Finally is your mindgames, just be a little more patient. I have the perfect example. In the first match you kept doing up tilts religiously while Falco was on the platforms and he kept spot dodging them. A smarter player would have waited for a split second for the second spot dodge THEN do the uptilt. Its simple things like that help a whole lots. XD

Overall, not too bad. I thought it was cool how you DI'd away after getting hit from Falco's shine, so that was cool to see. Yeah just keep playing and you'll be cool.
I

in the first game i would cut back on the fsmashes and i am suprised that he didn't punish you more from the lag on them. and i agree with bailey about the CGing but i am not great with it against falco either for some reason idk. but i didn't like that you got him off the stage and exploit his weakness(recovery) thats was awesome. uptilt more they lead into good combos and also do more fairs. use your ragne to ur advantage. if the falco lasers alot counter can be a great move.

play smarter, bait his attacks. one time you started just dash dancing below him (he was on top platform). next time he is up there and you want to camp him, go under a side platform and dash dance. you would be a lot safer while still close enough to follow him and punish.

learn falco's recovery distance: when you countered the first time he was only able to recover by grabbing the edge, which means you should have edgehogged for an easy kill.

Thanks everyone. I'm starting to work on playing smarter. Strangely lately my CGs have messed up quite a bit. Dunno what's wrong with me xD.

Anything else someone likes to point out? 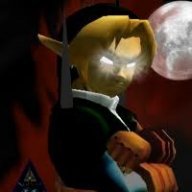 You should work on your "fluidity" you seem stuck at times.Go to vs mode on a level 1 cpu or plug in a second controller and work on how fast you can move after attacking.

Be sure when doing jump canceled grabs your not jamming the control stick up then grabbing.

You should let say Dash then smoothly move the control stick to the up position then grab.Smooth but quick if you know what i mean.

Practice this so you get a feel for what im saying. You may be doing this already.

More Experience will evolve your gameplay better so keep thinking while you play and experiment.
I only watched your first vid so this is all I can think of for now.

Or you could use the X button to jump cancel grabs. 'Swhat I do. 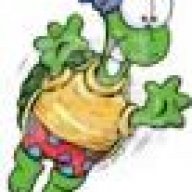 ^ i think this is the better way of doing things, the only thing i like using the analog stick for are jump cancelled upsmashes and this is rarely an issue with marth, its more with my fox. 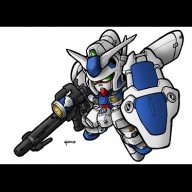 When shielding with your back towards him after a get-up attack, my friend seems to like doing quick shffl bairs with any character.

I dunno why you'd shield with your back to someone who's on the ground. Grabs are much better than bairs. In any case, I'd go for a dair instead, to pop 'em up. 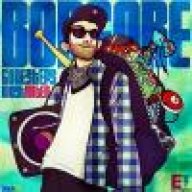 The first match, when you got the falco off the stage you counter, good choice. But when the falco is off agian jump off and Fair him. You just let him back on a few times
You must log in or register to reply here.
Share:
Facebook Twitter Reddit WhatsApp Email Link
Top Bottom