Addy - Ready for Anything

There's a level of artistry to Addy's play. A reflection of days spent training, practicing and honing his skills, not to optimize his play but to ensure he'll always have the upper hand on his opponent. His relentlessly aggressive style, impeccable punish game and uncanny ability to read his opponents make him a force to be reckoned with, and a terrifying prospect to face in bracket.

* * *
​
Notsuchabadguy: To start with, why don’t you tell our readers about yourself?

Addy: Sure. My nickname’s Addy, and I’ve been playing Smash since I was a child with 64, but didn’t pick it up competitively until I started playing Brawl. That’s when I joined my current crew, The Kave, and how I found out about the competitive scene in our country.

Notsuchabadguy: Neat. Can you tell us a bit about The Kave and how you came to join them?

Addy: The Kave’s one of the oldest, biggest and most well-established crews in México. How I came to join them is a bit of a funny story: I used to frequent this plazal called “Garibaldi” in our city. You know it, right? It’s this tiny little mall downtown filled to the brim with arcades and game stations. I met Flama, the leader of the crew while playing some casual Melee matches there, and we became good friends.

Once Brawl came out, he invited me and my (at the time) girlfriend to join the team. I guess he saw potential in us, or maybe something that interested him. Back when I joined, we used to be eight members. Now we’re twenty-one, and still thinking of making new additions.

Official logo for "The Kave"​
Notsuchabadguy: Who are your favorite characters in Smash, and why do you think you’ve grown to like them?

Addy: I have a deep, deep attachment to King Dedede, since he was my main in Brawl and the character I eventually reached national recognition with. I mained him in Smash 4 too, until I switched to Cloud when he came out: I feel really at home with Cloud - he’s like a faster Dedede. I also really like Little Mac, ZSS and Fox.

Notsuchabadguy: As of right now, you’re ranked as the 20th best Smash 4 player in Mexico. What would you say got you here? What makes you different from the other players?

Addy: I’d say it’s all about experience, honestly. I’ve been to over a hundred tournaments, both local and national, since I started my competitive career: I have a lot of practice with the game, and I’m used to the environment and pressure of high-level play. It also helps that the leap from Brawl to Smash 4 wasn’t that big, in my opinion - Brawl mindgames still work in Smash 4.

Notsuchabadguy: What’s your training philosophy? What do you aim to improve?

Addy: Always try to keep your game varied and spot any mistakes you make as you play. If you don’t go on autopilot and try to stay aware of what you’re doing, you can slowly start getting rid of bad habits like rolling too frequently, dodging the same way every time or always taking the same ledge-options.

Mentalizing yourself is important. A lot of players do well in friendlies and casual matches, but once they go to a tournament and things like pressure and stress start becoming real factors, they become monotonous and predictable. Good players will realize that, and easily get the kill off of their mistakes.

Notsuchabadguy: What would you say have been your best experiences with Smash?

Addy: Personally? The people and friends I’ve met not only through my crew, but through tournaments and Smash in general, especially while traveling to other states.

As a player? I’ve had many, but placing as top 5 in The Arena 2016, the latest big national I went to, is definitively up there. I’d lost a bit of confidence in myself when switching to Smash 4; Dedede just didn’t feel the same to me, but since other big players in México stuck to their old Brawl mains (Wonf to Sonic, Leo to Meta Knight, Hyuga to Toon Link) I held onto him and eventually felt like I was stagnating.

I started contemplating switching mains after Thunderstruck III, but it wasn’t until Cloud was released in December that I felt I’d truly find a character that fit me and my style. Still, as much as I liked him, it was an entire new character to learn, and I was afraid I would fall out of grace with him. Placing so well in such a highly competitive tournament definitively lifted my spirits.

Notsuchabadguy: Competitive Smash is still young in México. What do you think we’re missing? What do we need to do to grow going forward?

Addy: I think México has some really powerful and interesting players, but we don’t have nearly the level of exposure to the international scene we should have. Hyuga has been doing an amazing job at going out there and representing our country, and we really need more of our players to follow his example.

We also need more people to support national events. A lot of people don’t show up because they’re afraid of losing or think they’re not on par with the rest of the players, but they need to understand they’ll never catch up unless they actually go to tournaments and get some actual practice in. We ALL have to start from the bottom, and you learn more from losing than you do from winning.

Notsuchabadguy: What about you, Addy? Do you have any plans for the future? Any big tournaments you’d like to attend, national or international?

Addy: Right now, I’m fully focused on practicing for Thunderstruck 2016 and Smash Factor 5. I’m afraid I can’t go to international tournaments yet, not having a VISA and all, although I’d like to look into getting one next year so I can start measuring myself up against players from other countries.

From left to right: Dex, Addy, Water, YNK, Flama, ****, Jinx and Ryuk, all members of The Kave​
Notsuchabadguy: Alright Addy, I’d like to thank you for your time and for giving us this interview. Before we wrap up, is there anything you’d like to say to your readers?

Addy: Yeah. As pretty general advice, never give up in what you really want, and never put yourselves down for anyone, or anything.


* * *
​
I’d like to thank Addy for giving us a bit of his time so we could do this interview. If any of you are interested in following his trajectory as a player, you can follow him on his YouTube channel, or check out The Kave’s Facebook page and stream to keep up with his crew. 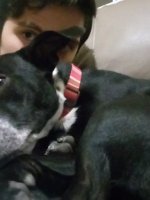 Eidolon
Contributor
Mexican correspondent for Smashboards. Melee, TF2 and boxing non-expert. Has not once in his life hit an edgeguard. Twitter.

who
At first glance I thought this article would be about Westballz.
l hate that l don't have anything else to say about this, but it's nice to be reminded that countries other than America and Japan play this game. Should probably be looking up other country gameplay for different play styles. l've heard about how different they can differ from country to country.
where is the part that he trashtalks almost everyone? LOL *friendly manner *
i remember addy from brawl wifi. he was rly good, so i expect him to be rly good in this game as well
A D D Y B A L L Z B O Y Z
I'm glad I wasn't the only one who thought this was a Westballz thread.
You must log in or register to reply here.
Share:
Facebook Twitter Reddit WhatsApp Email Link
Top Bottom