There are some things we have to go over because the tournament is one week away.
1) All Brawl and Melee rulesets are going to be SBR certified so their is stage striking and everything there will be no questions about the rules.
2) Venue Fee??????????? I know 10 dollars is alot and people have been complaining. SO THE VENUE FEE IS GOING TO BE 5 DOLLARS. THIS INCLUDES SOME LIGHT SNACKS LIKE CHIPS SODA CANDY ETC.
3) I have called mighty taco and they have no party platters so if you would like. I will order anything you want from mighty pick it up and you will have to pay for it seperate from the venue fee?
4) IF you are coming and haven't told me or u cant come and havent told please let me no so i no how much snacks to but etc.
5) LOCATION- The tournament will be held in bacon hall room number not yet certain.
6)The friday before the tournament their will be Melee and Brawl practice at my house.
THanks for listening if i forgot something or u have ideas comments or questions let me no

Winning payout will be


The Tournament will be in a college room with several t.v's
The venue will include free snacks and drinks all day
you may bring your own food.
Bring ur own controller

All sets are best of 3 matches

5 matches for winners and losers finals

In the event of a dispute, controller ports will be selected by Rock-Paper-Scissors

No player may choose a stage they have already won on in that set unless agreed upon by both players.

In team matches, the ports will be determined in a 1221 fashion; whoever wins the RPS will choose first, then the opposing team will get their ports, and then the teammate of the RPS winner will get the last port.

If the timer runs out, the victor is determined first by stock and then by percentage.

If a game ends with Bowser doing his suicide klaw and it ends in sudden death, the sudden death will be ignored and that game will count as a win for Bowser.

You are responsible for your own controller and name tag. Any malfunctions or errors that occur are your responsibility, so bring an extra controller if possible and always check to make sure you're using the correct settings BEFORE a match is played. If a match is to be restarted due to controller functions, it must be agreed upon by both parties.

Any action that can prevent the game from continuing (i.e., freezing, disappearing characters, game reset, etc.) will result in a forfeit of that match for the player that initiated the action. You are responsible for knowing your own character, and must be wary about accidentally triggering one of these effects.

I ****ing hate ice climbers but they are not banned

Life Stealing is allowed
Set team attack to ON


Items are set to off

The stock is set to 4

The time limit is set to 8 minutes

In the event of a dispute, controller ports will be selected by Rock-Paper-Scissors

No player may choose the stage they last won on

Ties will be broken by lives, then percentage. In the event of a percentage tie, one stock sudden death will be played

Wobbling is allowed except when used to excessively stall a match

Peach's bomber stall beneath levels where she is unreachable is banned (example: FoD)


QUESTIONS? COMMENTS?
SEE YA THEIR 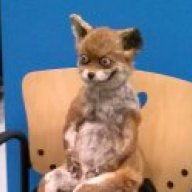 this time there isnt a 2 month wait for it lol

Spade1 can come over and practice with us!
M

ya u gonna play ganon? 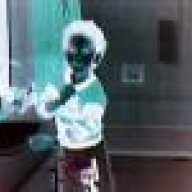 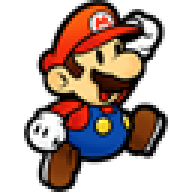 i will be there 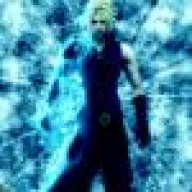 I'll brg my Crew again (missing 3 or 4 people) to play some Melee. Hopefully more people come for Melee this time so we have a more diverse skill range instead of us then the next up was PikePika (Niel).

On a side note, are we gonna have some Mighty this time? If not just leave the food the same as before, it was pretty good. 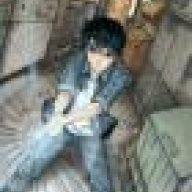 One time koz was like, "wobbling is so hard." Then nitro got it on his first try. lol

i'll be there with spade 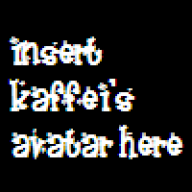 And it'll be incredibly easy fro me to get there seeing as I live literally two minutes from the 20 bus. :3[/rambling]
M

Yeh, this is going to be fun I';ll be playing melee and brawl although i dont expect to win either

It wouldn't be a problem for me to get to Williamsville, esspecially since I know people out there. ^^
M

I'll probably be there too. Watchout spade! lol Mabye I'll play some melee this time 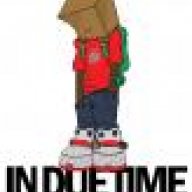 RTF, Foy, and I may be coming to this for real this time haha 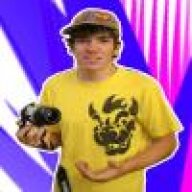 Now excepting money matches (don't even think about that one bad game some of you play.) 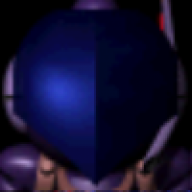 Reign on that parade all day. I'm so in.
M

No, but seriously, after the tournament if anyone has a place in general we could go to, I'd be up for some friendlies. Depending on how much money I have I'll do a couple money matches too.

1 dollar in, winners take both sides.

The Roc Brotherhood Represent!!!!
Also buffalo and rochester need to get more active. It's so dead now. GET MORE PEOPLE INTO MELEE!!!

Falco dittos, first match random, even though the only random stage on the roster will be Corneria.

I know! I didn't even know other Smashers existed in Buffalo until now. O.o 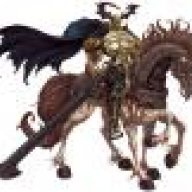 im from LeRoy. i would love to see a Rochester smash crew get put together. im surprised how many western new yorkers are on this site.

Oh wait, so I should PM you if I wanted to come out to Williamsville and play some friendlies with you guys?(this weekend)

What're we playing? Melee? Brawl? A combination of the two?

Also, anyone know a smasher named Teairro? Errr... uhhh 1~up?

Wait, Ghost where in Western NY are you?? Cause you need to tell us this.

Ok I'm down for a crew battle. it will probs be a brawl crew battle since no1 here enjoys melee

Everyone should train their scubs

BluePeachy100 said:
Oh wait, so I should PM you if I wanted to come out to Williamsville and play some friendlies with you guys?(this weekend)

What're we playing? Melee? Brawl? A combination of the two?

Also, anyone know a smasher named Teairro? Errr... uhhh 1~up?
Click to expand...

oh hey 1up. are you friends with Arrow? if so i played you at cyberjocks back in August of last year
S

I will handpick and train our scrubs with the sole intention of beating yours at this! ^____^

I also owe it to marth126 and kozi to actually show up this time. D:
M

Well its great to hear more people are coming.
This weekend friday and saturday i will be playing so peeps can come if u want. Keep posting
june 5th i set up tvs in my backyard for practice let me know if ur interested hopefully it wont rain

kozimoto said:
oh hey 1up. are you friends with Arrow? if so i played you at cyberjocks back in August of last year
Click to expand...

im not sure how to do it? any suggestions people?

Buffalo has five level 9 cpus for their melee crew.
M