Smash Wii U A summary of Classic 9.0 (particularly the no-death “challenge”) 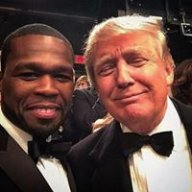 For me, my only chance at success was using Kirby with jump inhale/mega hammer/wave cutter/grounding stone (which all feel like upgraded versions against CPUs, due to their shocking clumsiness), along with vampire/autoheal/air defender. The biggest issue was trying to dodge attacks, via jumping high, and utilizing air defender with negative speed (definitely a challenge), since some of Master Edges’ attacks can’t even be avoided on the ground. And Vampire seem to activate much more with multi-hit attacks, though it still feels rather sporadic.

There have always been different “formulas” everyone would follow. I often heard “pick the 1v1 matches,” but found 1v1ing a handicapped level 9 CPU with items working in their favor for 2+ minutes, and sometimes only to be KOed in vain anyway, to be one of the most pointlessly exhausting tasks ever. Maybe luck goes in your favor for 1 or 2 stages and they end pretty swiftly, but 9 times out of 10 you wouldn’t even make it to the Miis deathless. Knowing that, I tried sticking to the 5-8 player matches and just being defensive, despite knowing the AI’s incredibly low propensity to attack or grab other AI opponents (you’ll find yourself nearing 100% while 3 computers are still at 0%). In conclusion, neither really seems to work in your favor too noticeably. It only takes one computer to hand you a scripted defeat (at this rate, you may as well restart if you see a gust bellows spawn, even if it’s a few inches away from you. You’re somehow not going to get it and you’re not going to survive it). You’ll always notice how smooth the stages appear to be going, then suddenly one computer in one stage is untouchable and wombo comboes you with ease, while easily grabbing every item that appears. So your best bet is to pick the biggest/safest stages (i.e. Peach’s Castle 64 is a nightmare), with 2-3 opponents, and avoid counterers, particular Lucina. If you can’t, then you’re forced to not use and chargeable attacks against them. One Iai Counter can still KO you at 0%.

There isn’t really any cheesy strategy or spammable move to counter things such as items spawning in front of computers, four computers teaming up against you in a FFA, computers auto-dodging every aerial in less than a frame, computers grabbing you in less than a frame if you’re on the ground within grabbing range, or stages simply being too small and hazardous. There ends up being little fun, skill, or sense of accomplishment when being made a victim of any of that.

It does come as a great disappointment to bear witness to such bizarre oddities despite committing long and arduous efforts. It almost felt as if the game was repelling you; meant to KO you at least once, precisely in Classic 9.0. I realized this when I had rather seamlessly completed 7.0-8.5 with every character without even continuing once (and I’m definitely not the best with some of them). Talent and equipment can be overrided by absurd handicaps, applied to you and the CPUs, making their usage seem vain.

I wouldn’t be surprised if the game still managed to get you to SD if you used some sort of invincibility codes (is there even a variant of Gecko for the Wii U? All I could find was bizarre spam/shady sites). “Cheating” will hardly feel unfair when used to rationally defend against spontaneous cheating opposition. If we could merely use save states to counter bad RNG (like everyone seems to do with Pokémon, for instance), then there’d likely be no issues.

While All-Star Hard was still completable through monotonous “trial and error,” despite having the same cheese (but no items or bosses), Classic 9.0 and Crazy Orders seem irremediably stagnant. It’s always the same unsuccessful endeavors with them, and Classic 9.0 gives awful equipment. It’s very demoralizing getting the impression that the developers, for whatever reason, strictly decided against you getting a fair fight from a fair opponent.
Last edited: Mar 25, 2019
You must log in or register to reply here.
Share: Facebook Twitter Reddit WhatsApp Email Link
Top