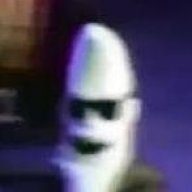 So! I am a Utah smasher and the scene out here is nice. Well more in the southern region of Utah, the Northern part lets just say if you want to play in any tournaments you would have to drive 2-3 hours to the southern part do so.

So when I joined the competitive scene about a year ago I jumped right into a tourney. Lets just say it was ****ty! If you're not to familiar with the weather in Utah it's cold 9 months out of the year then its scolding hot for the 3. The venue was at some dudes house in the middle of winter, the heat was off so it was ass cold in there they had little space heaters but that didn't stop people from johning about cold hands.

How terrible this tourney was, inspired me to start my own and in the next month to start off 2014 and my Smash Career I threw my own tourney, lets say that its fun and all, but damn is it tiring. But I stayed ambitious to be one of the top T.O's in my region. And I was pretty much the only one running tourneys at the time in northern Utah.

Everything was great, until I had some unexpected life changes that I rather not get into but let's say it affected my Smash career. I noticed it when I went to a tourney called Gamers Abbey A Smashers Tale. I got destroyed. I was burning out.

This is where I drew the line. I noticed that trying to balance my life problems and play smash full time wasn't working and it was affecting my gameplay. So I took a 3 month hiatus. I regret doing this for many reasons. One being i left a part of my life that I didn't think i needed at the time. And I lost all the support that I had before. Once being a person that many liked, to being some one no one cares for or wanted to play with anymore.

I've been back for about 2 months and the struggle has been real. I practice all the time, if it isn't with some friends it's just practicing tech on computers but, I feel as if I can't bounce back from a set back like this, and picking up where I left off doesn't seem like viable option. So I'm stuck, I have no way of figuring out where to start.

So! I want to know if you guys have a any advice on what I should do to reignite the flame, or if you can relate to this at all. Anything would help. . . 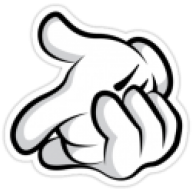 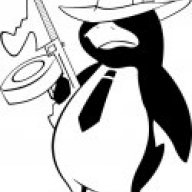 Hey, I totally feel for you on unexpected life problems. If you're anything like me--it helps to know other people have had lows as well, especially when you can relate to the specific issue. I just recently suffered my first real heartbreak, and while I also won't go into details either, it pretty much halted everything else in my life for a month (although I'm not competitive in smash...yet). I commend you on your determination with smash, and at least you recognize the whole of the situation now. While I don't know exactly how to reignite your motivation, life is full of setbacks, and you have to believe you're tougher than anything it can throw at you. Good luck with your endeavors. 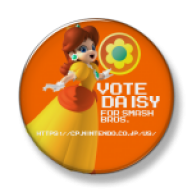 Sometimes it just takes a match or two. There are times where i didn't play for 6-8 months cause of life issues/stuff, but i come back and play a few matches and i think "i still want to do this, it's gonna be alright". If you still wanna do it, or if you question if you do, do it. Then you should have the answer. As for rebounding, find a couple people your current skill level to Spar with for a day or what have you, then try and attend a small Smashfest or tourney local to you, or try for a return tourney you make. 2-3 hours is a long way for a Tourney, i'm sure there's some up by you that'd be down to try it. Have belief and faith that you can, and achieve you shall :3

For what it's worth, I would think that Smash 4 would have a good online server, unlike Brawl, so assuming gameplay is relatively smooth online, you can play with various friends who play the game at a competitive level to prepare you for actual tourneys.