A quick analysis of Ike

So in my short time playing this game (only a few months) i have chosen Ike to be my main. During that time, i found out what makes him generally not that great in the game. This is only a short analysis and i probably missed a lot of things. FIrst off, here are his pros and cons

Cons:
- Overall slow character
- Laggy side B
- Very linear and predictable recovery
- Most of his moves have considerable end lag
- Lack of combo material (U-throw into uair or fair at low percents is all he has)
- Somewhat short grab range

So with that basic stuff out of the way, let's look at his combos.

1) up throw into fair

This is ike's most basic combo and it works at low percents. At mid percents it becomes pretty easy to avoid. Not only that, but it only does 20 damage. And with ike's pretty short grab range that won't be easy to start off with.

2) Back throw into dash attack

This combo is pretty lackluster and only works if they miss their tech. It only does 18 damage however. But, if they miss their second tech you can land an Fsmash and it will end up doing 40 damage. This won't work against very experienced players as well because they can tech and escape the combos. This will work at most percents

This one is very situational and oftentimes not worth the suicide. However, it gains style points in case you are behind and need to get that one stock. If you manage to grab the ledge, your opponent will drop down very quickly, unable to recover. Very hard to pull off. Does 27 damage if your opponent survives.

Another situational combo, this only works if you sweetspot the dair. Your opponent will be sent downwards crashng into the stage and bouncing up into the air. Depending on which way they DI, you will need to perform either fair, uair or bair. Does between 26 and 29 damage depending on the aerial used.

So those were the combos. Now for the typical playstyle.

His playstyle is generally defensive as his approach is oftentimes predictable. Your best bet is to approach very carefully and space using fair and sometimes dash attack if necessary. Sometimes your opponent will take advantage of your slow moves and attack you first. Try to read their counterratacks and use counter. If successful you can make them more hesitant to approach you, leaving you in a better position. When you get to higher percents, take advantage of rage and try to be more aggressive. A fair with rage can kill pretty early. Also don't be afraid to go offstage from time to time. Ike's vertical recovery distance is quite long meaning you can get to land 1 fair or dair offstage and then jump to recover back to the stage. Though this may seem ridiculous at first, getting used to his recovery options is important. And about his recovery, quickdraw is pretty slow and laggy. It won't be very hard for your opponent to punish. One way to help yourself is to recover over your opponent's head. This will be unpredictable and allow you to recover more safely.

So after all this, i think Ike is about C tier, maybe C+ or B- at best. Though he may not be top tier, he is always going to be a good character. His overall far reaching recoveries and powerful moves make him a tough adversary for other characters that 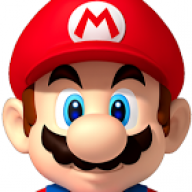 First of all, this should go in the Ike board, not here. Secondly, you mention him having a spike as a pro, but there are very few characters who do not have a spike (), and Ike's are not particularly impressive. Up-B is almost always a suicide if it successfully spikes and Dair has a notoriously small spike hitbox.
You must log in or register to reply here.
Share: Facebook Twitter Reddit WhatsApp Email Link
Top