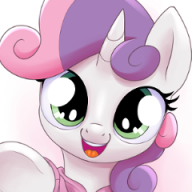 I somehow managed to complete these after failing more times than I'd like to admit, and for anyone who is struggling, this is how I did them:

I did it with King Dedede, and it was rather easy - only took two or three tries. The key is to to just throw your weight around - they will hardly ever counterattack or try to intercept, so just lay down your strongest attacks on them. Dedede's forward smash, down smash, up air, and dash attack are good kill options. Forward air and back air work too.

This was probably one of the hardest challenges around here. Been trying this for about a week and I finally got it. It also helped that I also main Duck Hunt, but even then it was difficult. So here is what you need to know about the specific stages (keep in mind that this does not involve DLC characters Bayonetta and Corrin, though Mewtwo, Lucas, Roy, Ryu, and Cloud are included). You really need to worry about projectiles - they for some reason deal regular knockback as opposed to other attacks, which deal decreased knockback.
Get 8 Fevers in Trophy Rush as Dr. Mario

This is actually possible if you have an equipment that arms Dr. Mario with a Star Rod. Makes it much easier.

I'll have some other challenges out in a bit once their done. In the meantime, can someone PLEASE tell me how to KO my rival three times in Rival Smash?
You must log in or register to reply here.
Share: Facebook Twitter Reddit WhatsApp Email Link
Top