Dang man, sounds like a lotta work. Shiri you are truly awesome. I'm looking forward to the accompanying vids ^_^

I'm looking forward to this as well. I definetly could use some information to learn more about the green dinosaur.
S 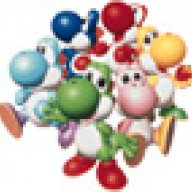 Yoshi topic of awesome eh? I like the way you think Shiri. =)

I'll help out in any way I can, as you already know. Gimme a shout if you need anything. ^_^
B

Good stuff Shiri. Keep up on it :D 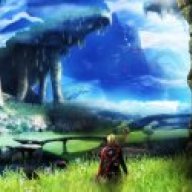 Sounds good man. Thanks for taking the time to help the rest of us Yoshiers out

Shiri, great idea. Though as you said, what you are putting out is meant to be a supplement to Bringer's great guide, I think releasing video footage is a great way for people to see what the person is talking about. It's one thing to read about perfect wavedashing and triangle jumping and all the technical aspects of Yoshi, it's quite another to see what it LOOKS like. Since I main with Doc, I guess I have to use the Doc boards as an example. They released a video about a month ago which showed both with words and footage all of the Doctor Mario basic and advanced moves so the people learning to play with him could get an idea of what the stuff looked like so they could know if they were doing it right or not. It really helped me understand a lot of the more advanced tactics for Doc, so why not put out something similar with Yoshi? I'm sure a lot of people would appreciate it.
S

Sweet anthem, Shiri. I had always considered yoshi's eggs the most celebratory projectile (especially when spammed by a triple-yoshi team!!). I think it also would've been cool to use the Hendrix version of the song, too ^_^ 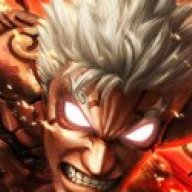 nice. tell me if i can help in any way. I finally got my tv card up bout to put up the some new matches.
R

lol, we've been wanting to do something similar to the yoshi's national anthem except using Samus with jingle bells. We have our song and everything; we just need to find some way to record and edit the video. We're going to have Samus in his morph ball form bomb jumping across the words, it'd be too good, lol. Hey Shiri, what movie editing software did you use for the national anthem?
S

I was thinking about borrowing my friends AR and getting hitbox data (because my GFX card does have a tv tuner), but seems like you beat me to the punch.
S

Ok, I've never played with the TV tuner on my card, but I'll get back to you as soon as I borrow the AR.

Edit: Unfortunately, it turns out my card's s-video input I thought was the tv tuner was an out port (generally, one that'd let me use my tv as a monitor). It does have a DVI-I, which is what I belive is the tv tuner; but I have no clue how to use it. I'll get back after some research.

Edit 2: I don't think I'll be able to get any video, as I have no clue how this works. I don't have a video camera either, so I'm stuck. However, I do have the ability to modify movies, so If I borrow the AR, I could fill in where the hitboxes are in general. (It wouldn't be precise, but it'd be better then nothing)

I really really think it would be beneficial to have a short clip of the hitboxes of ALL of Yoshi's moves...that would so pwn. Plus it would hold me over till Brawl came out ^_^.
S

On another note: I remember someone tellin me w/ AR you COULD see the hitboxes of his moves I remember seein a random Japanese site (I wish I remembered the URL T___T) but they showed random clips of Smash and AR, and the things you could do. One cool clip showed the actual hitbox of Yoshi's fsmash. Yoshi looked like a Yellow dummy, and when he did the fsmash the red part showed where the fsmash hit. It was teh cool.
S

I've got one, I'd be glad to help. Contact me via PM or AIM.

I got exams. I also got AR. After exams, you want AR footage of moves, I can work something out. What would be good though, is if we worked out how we would do it first. Like, do you want to compare moves to other character's hitboxes? It'd be pretty sick to superimpose something like Peach and Yoshi's f-airs on top of each other.

Oh, and to the poster just above me, my crewmates and I call Zelda's taunt as the 'Show the love' move. So, there's the love... in the same tier as Yoshi ^__^
S

I don't know if you know the task you have laid out for yourself, it looks huge, but I am all for it. You are the man Shiri.
V

Here's what I did: I kinda jumped around and had fun but all the moves are there and you should be able to know what everything is. I left the actual Yoshi there for reference, along with the hitboxes. I slowed it down (half half) from it's original speed, making this 1/4.

Editting is somebody elses job. <_<

Everything good in that? I don't know if I did any movements with the blue backround or the stary backround, but I hope that's not a huge problem.
S

Oh, I guess I want to point out that on the Over-B, when the little red hitbox pops out the side, it's turning around. I don't know if that's visible well during the actual video.

VgtPrncfllSyns said:
Everything good in that? I don't know if I did any movements with the blue backround or the stary backround, but I hope that's not a huge problem.
Click to expand...

*in heaviest asian accent he could conjure up*

I kinda took a look at some of that and... I didn't think it turned out so bad, but if it'll work it saves me the trouble of having to get the capture stuff back...
U

for the Yoshi National Anthem, which vids did you use? I downloaded a lot of Yaya vids from DC++ and a lot of the clips for the Anthem seemed to be from them.
S

When do you think it'll be done? I really can't wait.

By the way, I thought those Yaya vids were pretty good.
S

bah samus flees from no one. espicially a yoshi